High Dynamic Range imaging (HDR) has a bit of a bad rap, as it’s been widely abused to create surreal, overprocessed, highly saturated images that do not resemble reality at all. This bad rap is undeserved, though, as HDR can be used to effectively capture a larger dynamic range that would be possible without using it.

I don’t refrain from using HDR, when I think the situation requires it, but I strive to achieve results that still look natural, while at the same time avoiding burned-out highlights and grainy or blocked shadows. A natural scene, in my opinion, is one that presents highlights and shadows and, using those, manages to focus the viewer’s attention onto the main subject. Overdoing HDR leads often to a scene that has a lot of local contrast, but no clearly defined areas of light and darkness and thus ends up looking very flat and unnatural.

To get natural-looking results, I’ve developed a workflow that doesn’t use any tone-mapping plugins, but is based instead on the support of 32-bit TIFF files that is included in the latest versions of Adobe Lightroom and Photoshop. Here is how I proceed.

If at all possible, I use a tripod when taking the sequence of images I need for a HDR image. But then again, when shooting landscapes I almost always use a tripod to ensure maximum sharpness and stability, when apertures are small and times are long.

I have no qualms, however, with taking a quick sequence of three bracketed shots handheld. Photoshop is so good at aligning images that I’m not worried at all about moving the camera a bit between shots, though sometimes there can be parallax issues.

Most often, I will only take three images at 0EV, +1EV, and -1EV. Why? Because of my laziness and of the silly limitation of my Fuji cameras. I can’t understand why it is so hard for Fuji to give us more flexibility in this respect, with all the firmware updates they’ve released. After all, it’s just software.

Luckily, today’s cameras have so much dynamic range that one stop up and one down are often enough, but if I’m feeling like it, I might take more, even if that means changing the exposures manually.

I will of course only shoot in RAW format for HDR. 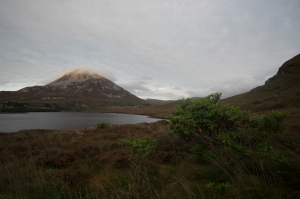 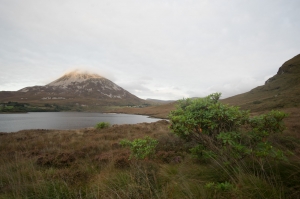 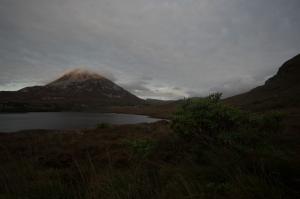 I import all my photographs in Adobe Lightroom, where I do some initial selection and labeling work. Once I have selected three or more images that look like good candidates for HDR, I do some very minimal processing that is limited to setting the correct white balance, some minimal capture sharpening and some noise reduction, if necessary.

I then select the candidate images and invoke the Photo > Edit In > Merge to HDR Pro in Photoshop menu item. This operation launches Photoshop which, after a while, pops up the Merge to HDR Pro dialog, as shown in the image below. 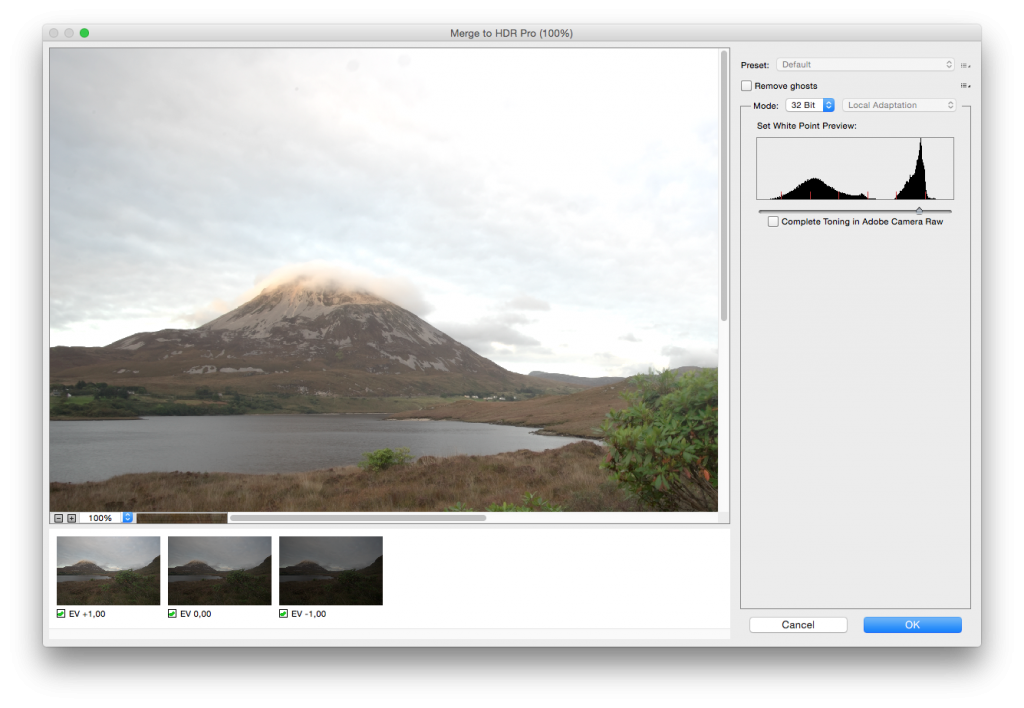 In this dialog, I make sure I select the following options:

When I click OK, Photoshop creates and opens the 32 bit TIFF image. At this point, I don’t normally do any processing, unless I want to clone some dust spots, which is better done before toning, so I just hit Cmd-S (Ctrl-S) to save the image and return to Lightroom.

When I return to Lightroom, it has already loaded the HDR image which, at this point, will look rather dull, with murky shadows and washed out highlights, but this is just due to the fact that our monitors cannot properly display a 32 bit image. 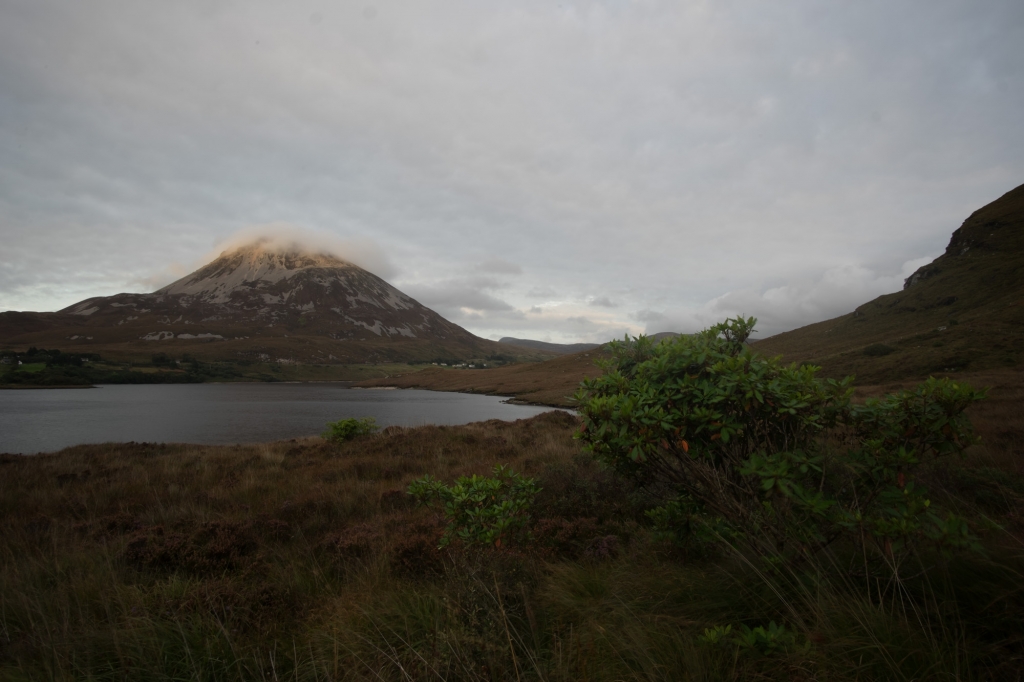 Going to the Develop module, you can notice a little difference with respect to normal RAW or JPEG files: the Exposure slider in the Basic Panel now has a range that goes from -10 to +10, instead of the usual -5 to +5, reflecting the increased range of levels contained in the 32 bit image.

The first thing I usually do now is to fix the highlights and shadows, by dragging their sliders left and right, respectively, to a much higher degree than I would normally do in a typical, non-HDR image. This will bring out a ton of detail that was hiding in those areas, but will make the image very flat, due to lack of contrast.

It is now time to add contrast back, by using the Contrast, Whites, and Blacks sliders. I will also typically make liberal use of the Clarity slider to add local contrast and make the textures stand out. You can also use the Tone Curve panel and play with the Vibrance and Saturation sliders to recover the vibrancy of the scene. What I noticed is that 32 bit images can tolerate a much heavier use of those controls than non-HDR images do. You can push them really far, before you start to see artifacts and unpleasant effects.

Depending on the image, I will do some local corrections and finally do some additional sharpening and noise reduction, until I am satisfied with the result. 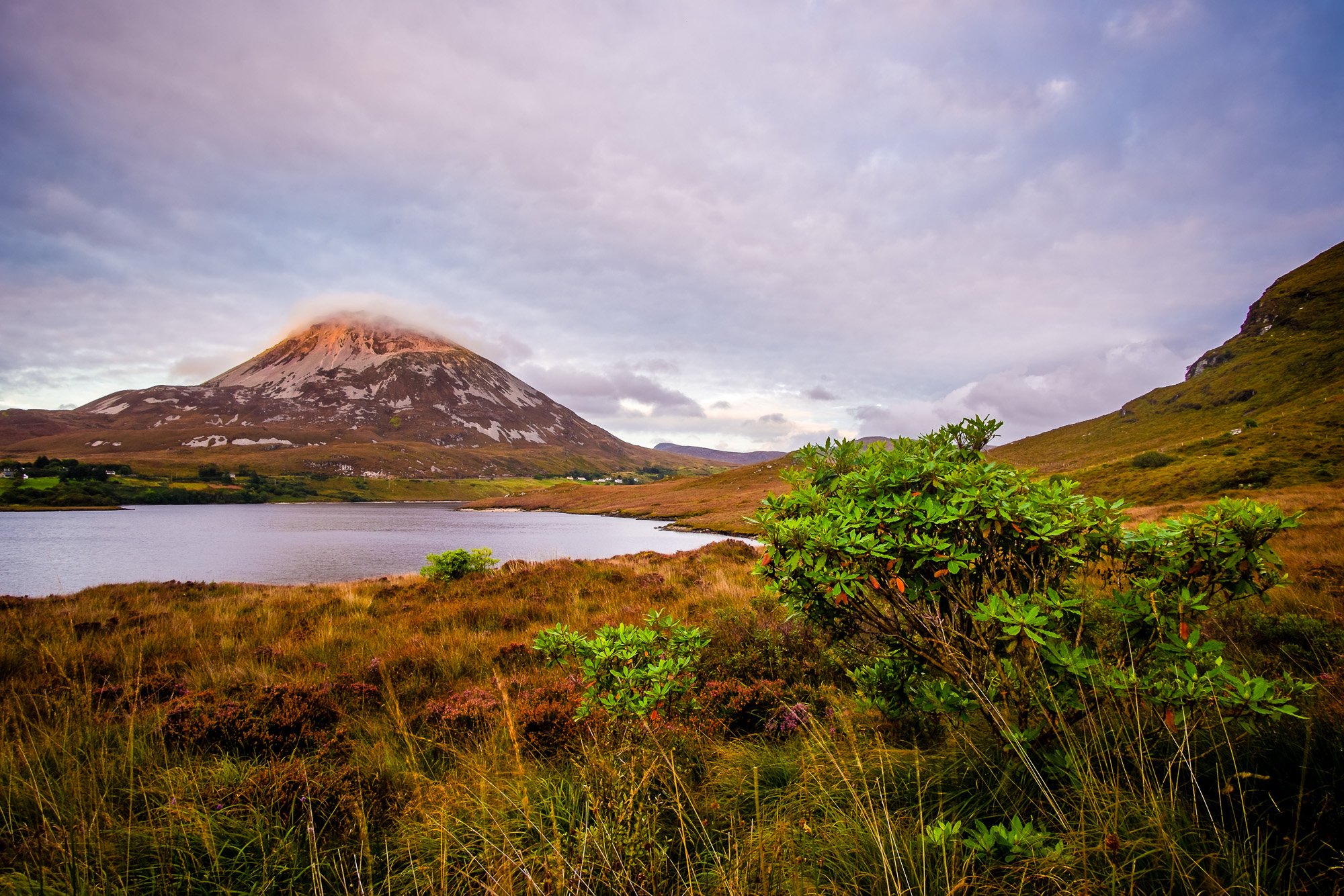 Mount Errigal Is On Fire

In a nutshell, this HDR workflow is not much different from my usual workflow, once I have the 32 bit image. What changes is that I have now much more latitude to work with, due to the extra dynamic range and, if I exposed properly, no blown out highlights or blocked shadows. At the same time, I am able to avoid the unnatural, overcooked effects that are typical of so many “bad” HDR images.

If you liked this brief tutorial, please consider subscribing to my newsletter. You will get timely information about new articles and extra content. In addition, and for a limited time, you can receive a free, printable 2015 calendar.