Dead Horse Point is a State Park in southern Utah, tucked in between the more famous Canyonlands and Arches National Parks. While it can’t compete in size or variety with its bigger neighbors, it has this fantastic overlook on the Colorado River that is easily reachable by car and only a short drive from Moab. It also makes for an awesome sunrise location, when the first light of day hits the buttes and makes them glow a bright orange.

I started from my hotel in Moab when it was still pitch black and got on the spot as it was already dawning. I set my tripod down and waited for the right moment, taking the majesty of the landscape in as it was revealed to me, little by little. I was so awestruck that I almost forgot to trigger the shutter. 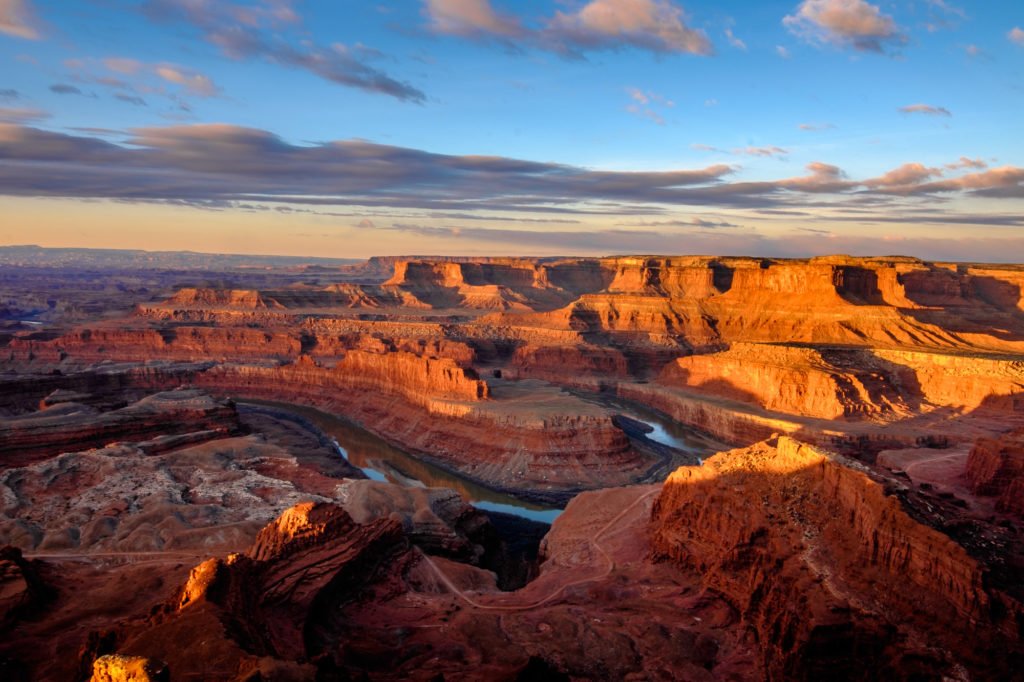 While I had published this photograph previously, I decided to reprocess it because the first version looked too yellowish and flat. This time I made sure the colors of the rocks more closely resembled their true orange and kept the shadows darker to increase the overall contrast and give more punch to the image.

I think it is important that, once in a while, we look at old photographs with new eyes and a more refined sensibility. The digital medium is so powerful and so flexible that it allows us to completely redo an image with great ease.

With thanks to Justin and Armando who alerted me to the existence of this place.