The year 2017 will go down in my personal history as one of the richest, in terms of the destinations I have traveled to. Its beginning and its end are marked by two journeys to a country that was new to me and that I’ve come to love like few others: the Sultanate of Oman.

I was lucky to be able to visit it twice. The first time was in January, for a family trip that also served as a scouting trip for a second, much longer one in December. During the latter I led a group of enthusiastic and adventurous photographers to the discovery of this fascinating country.

With this article, I am starting a travelogue series where I will be presenting you all the places we photographed. It’s a long journey, as we spent nine days roaming around the country, but I hope you will stay with me along this ride.

Our exploration started, obviously enough, from the capital, Muscat. We touched the main attractions, starting with the Sultan Qaboos Grand Mosque–where we went twice, once in the morning to see the interior and again in the evening to shoot it during the blue hour, when the lights are on. It is a stunning building, but quite difficult to photograph because of its size and its proportions. You can try to fill the frame with it, but you have to get close and this will cause a lot of perspective distortion. 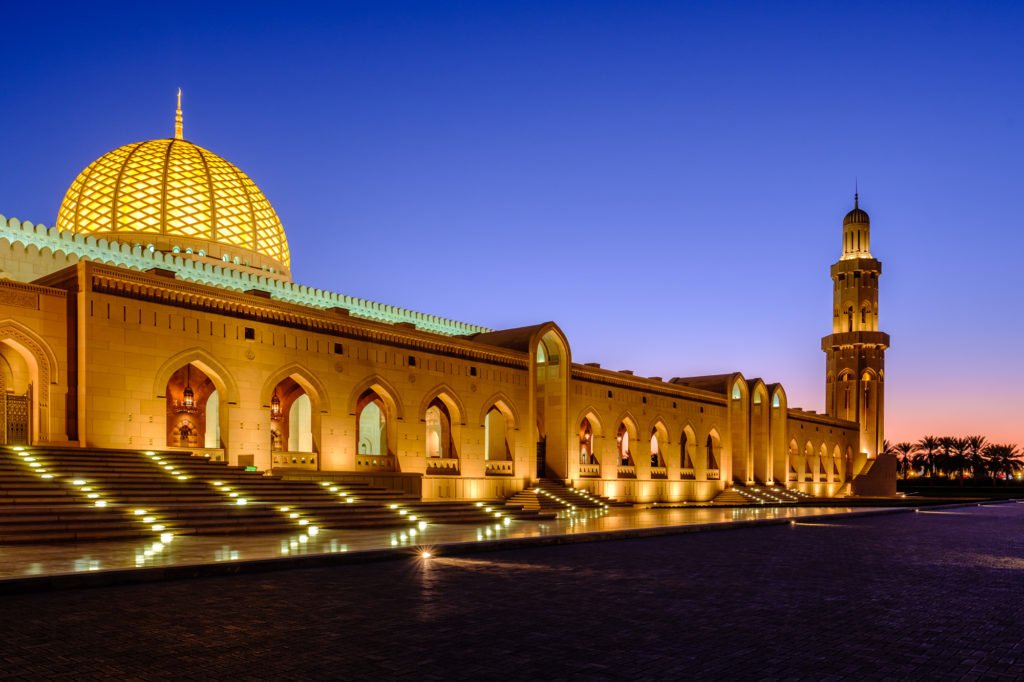 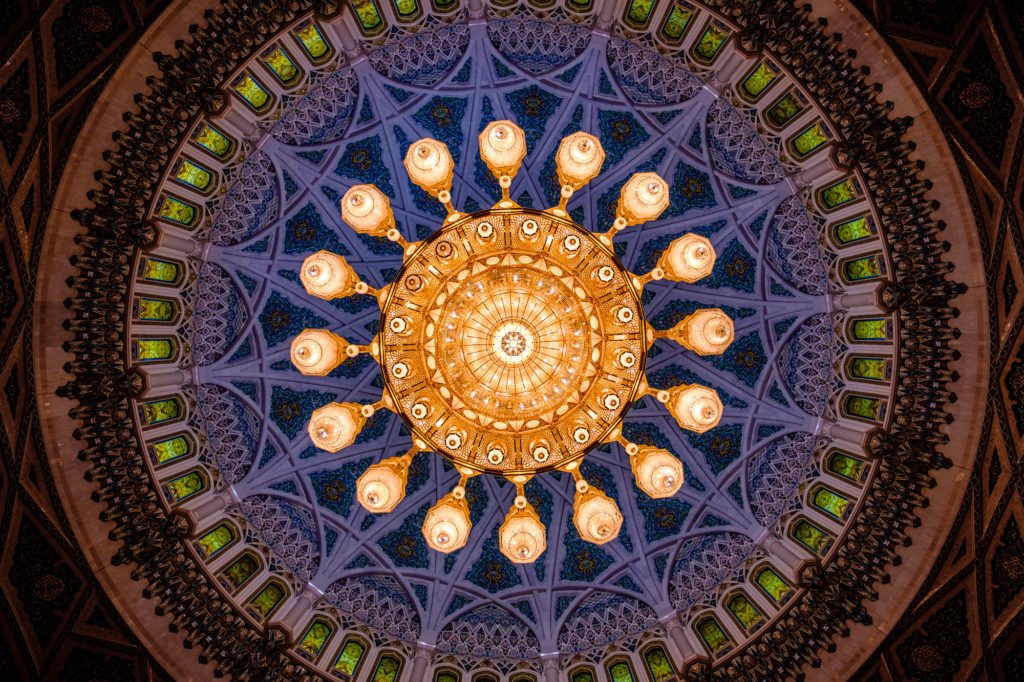 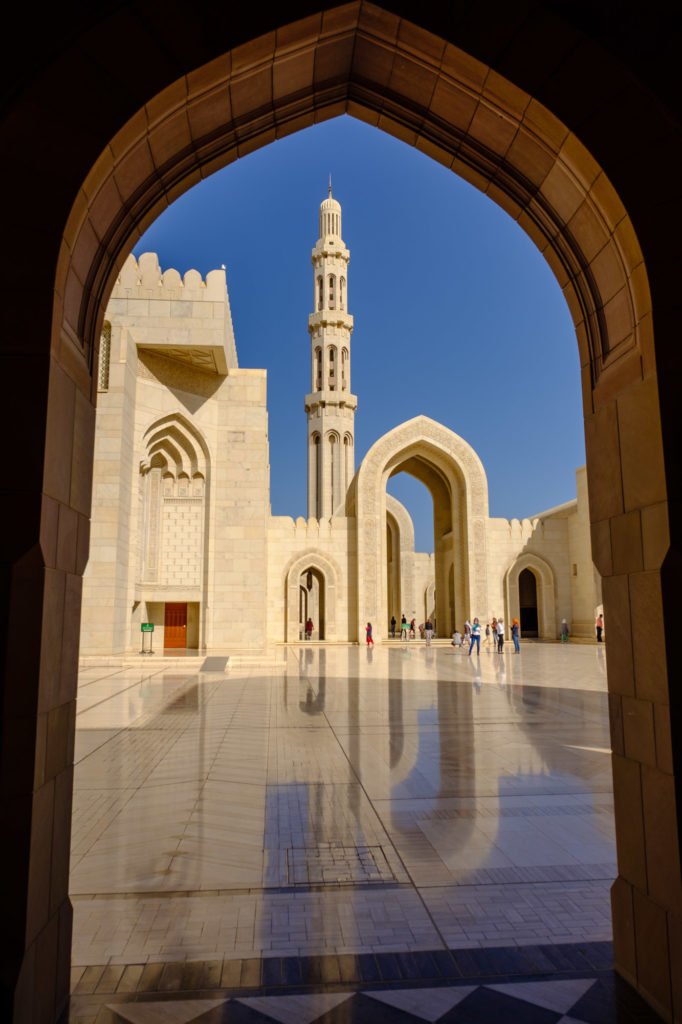 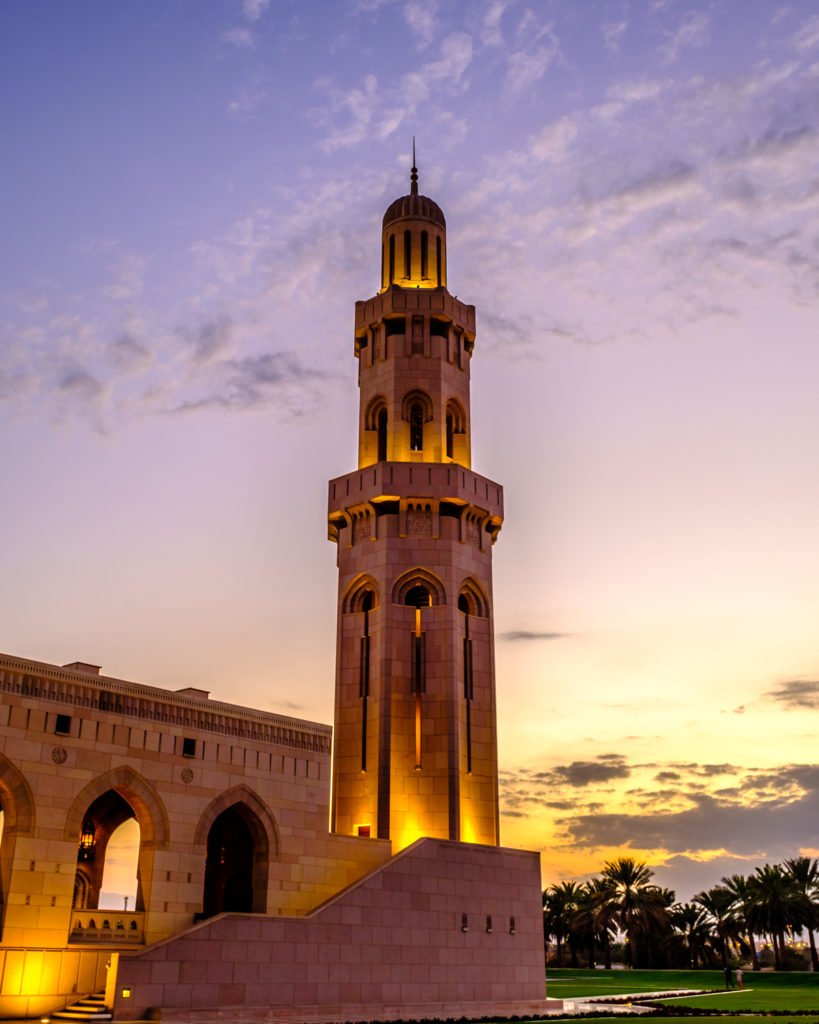 The other famed attraction of Muscat is the old covered market, or souk, in the district of Muttrah. It is a tantalizing labyrinth of narrow alleys flanked by shops, whose main intersections feature stained-glass ceilings of great beauty. It certainly pays to look up once in awhile! 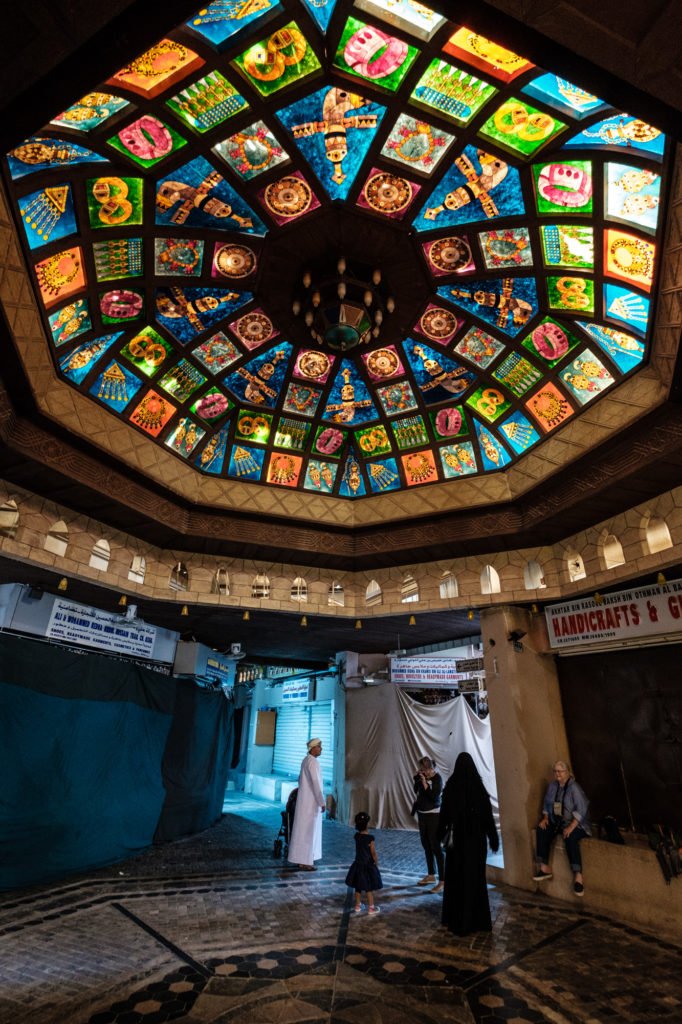 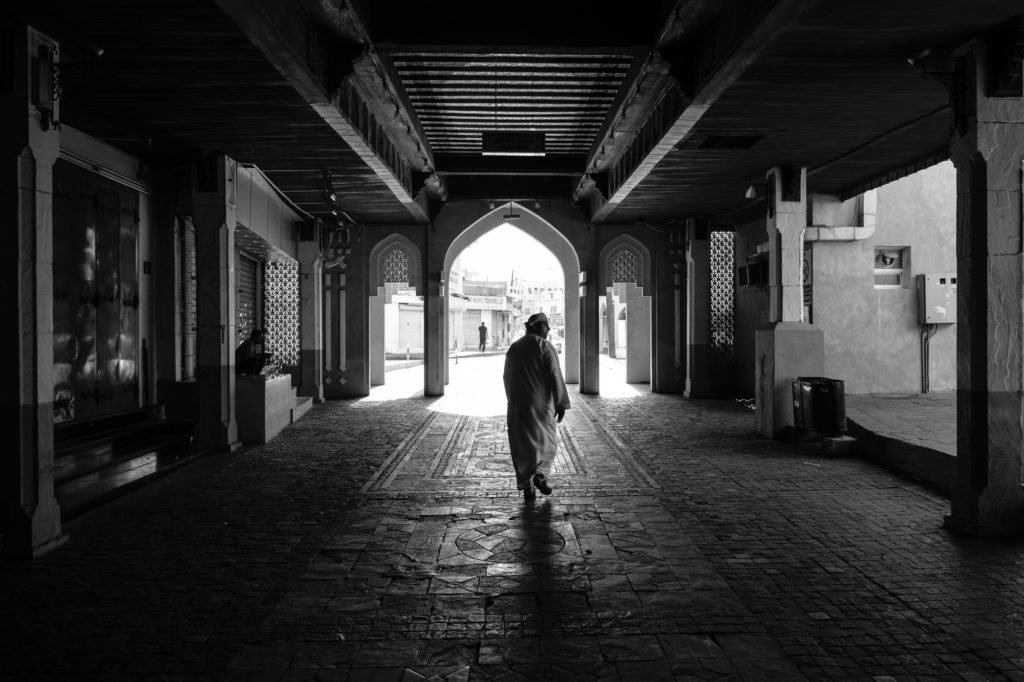 The market offers many opportunities to photograph people. We found Omani men to be generally very open to pose for the photographer and proud about showing their often numerous families, while women will generally ask not to be photographed, a choice that we always respected. 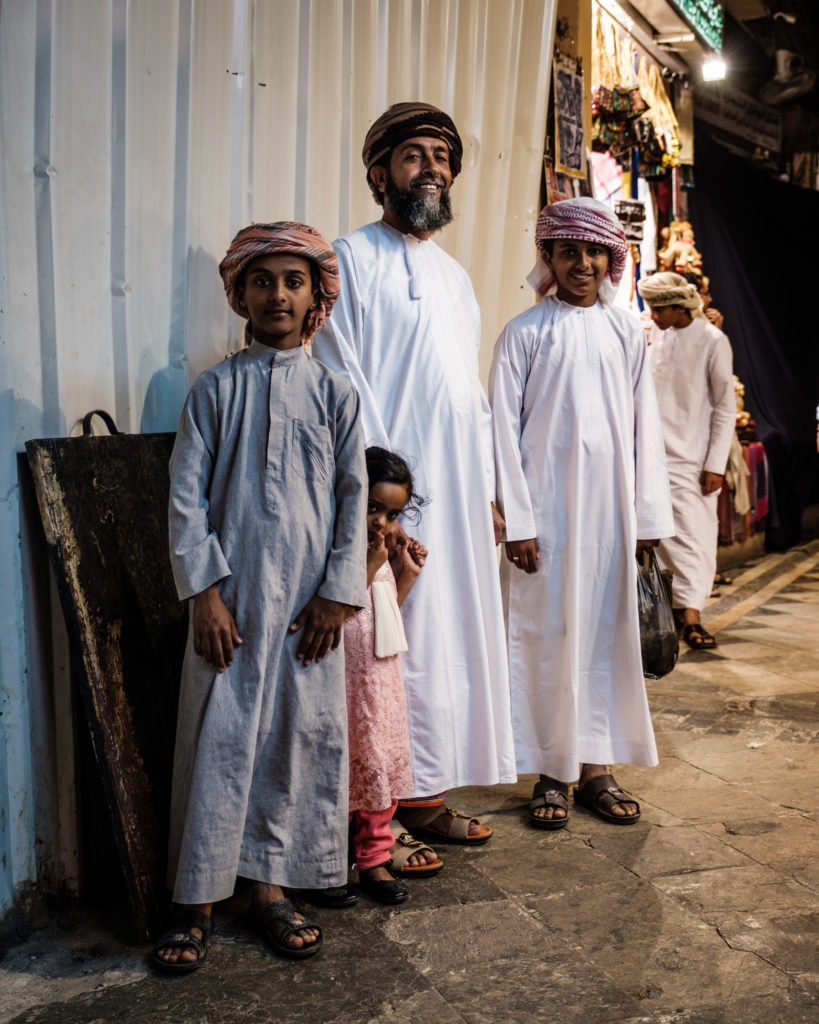 Omani Family at the Muttrah Souk

Two young women asked us to take portraits of their elderly and ailing father and to email them. I think they had a feeling he wouldn’t be around for much longer and they wanted a good photo to remember him. I hope we gave them some good ones. 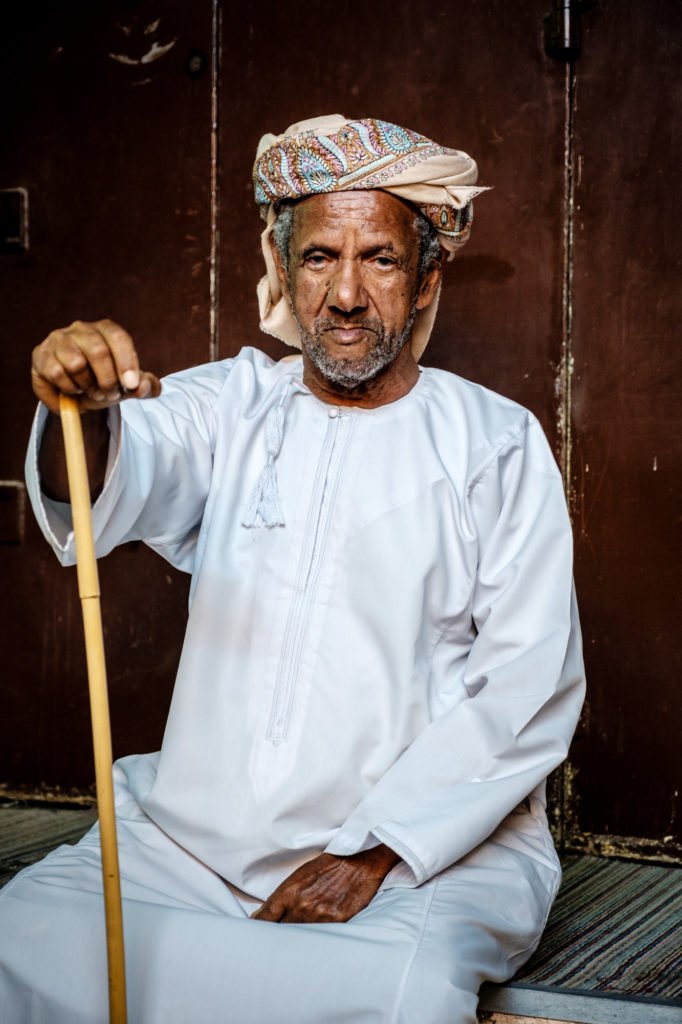 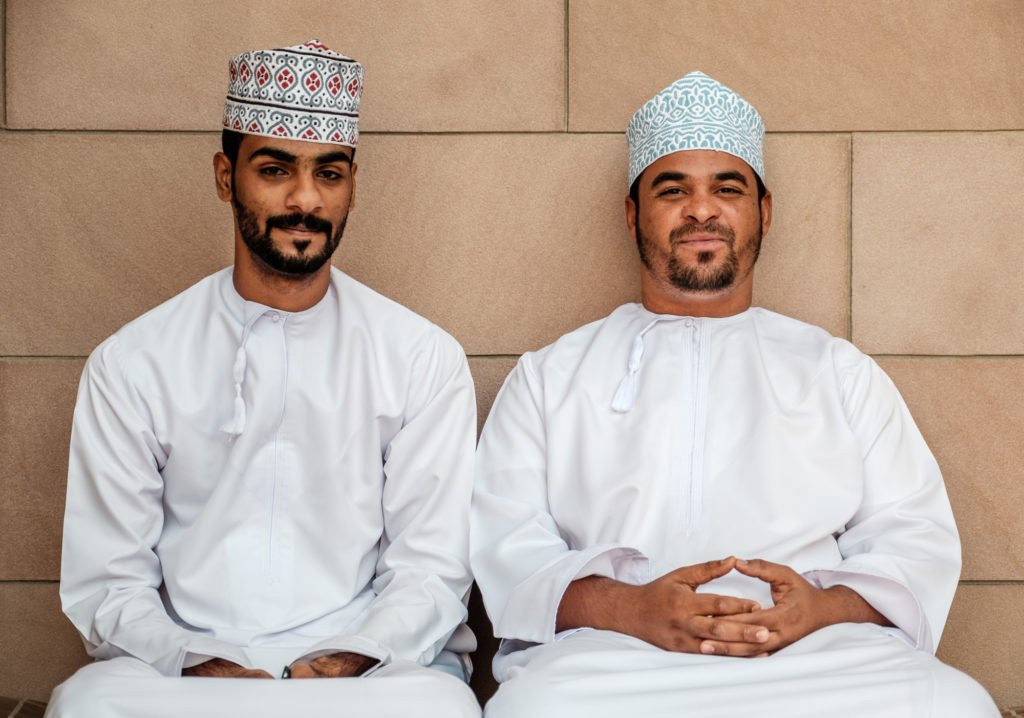 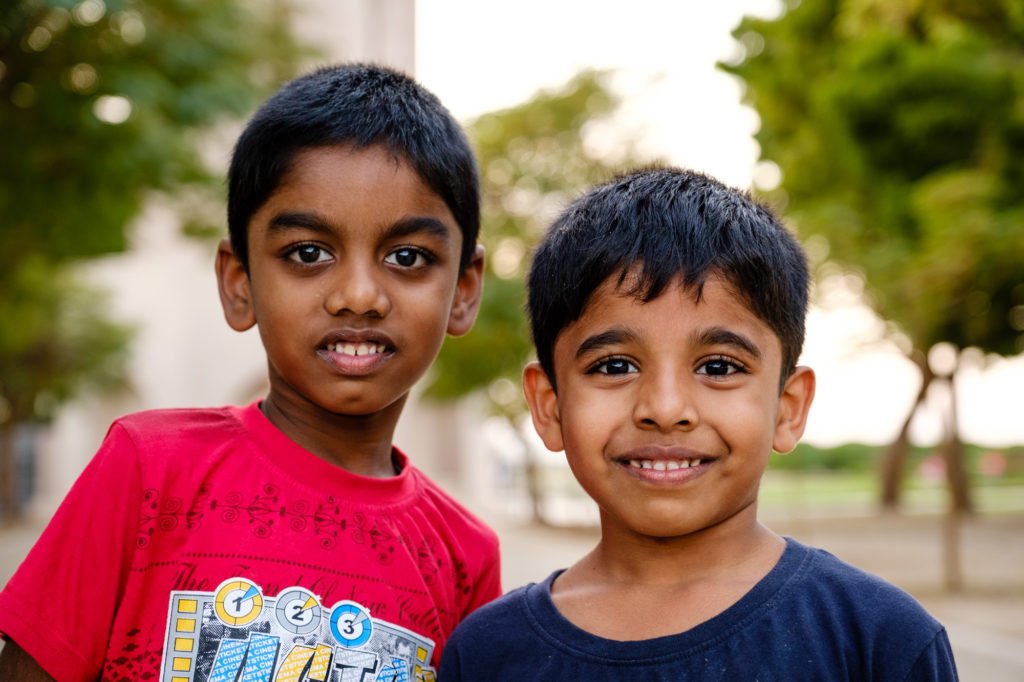 Another area we spent some time in is Old Muscat, around the Al Alam Palace, the official residence of Sultan Qaboos. It is not a terribly interesting area, especially in the middle of the day, but I think this shot of the Al Khor Mosque and the Mirani Fort works well, even with the strong light and the blue sky. 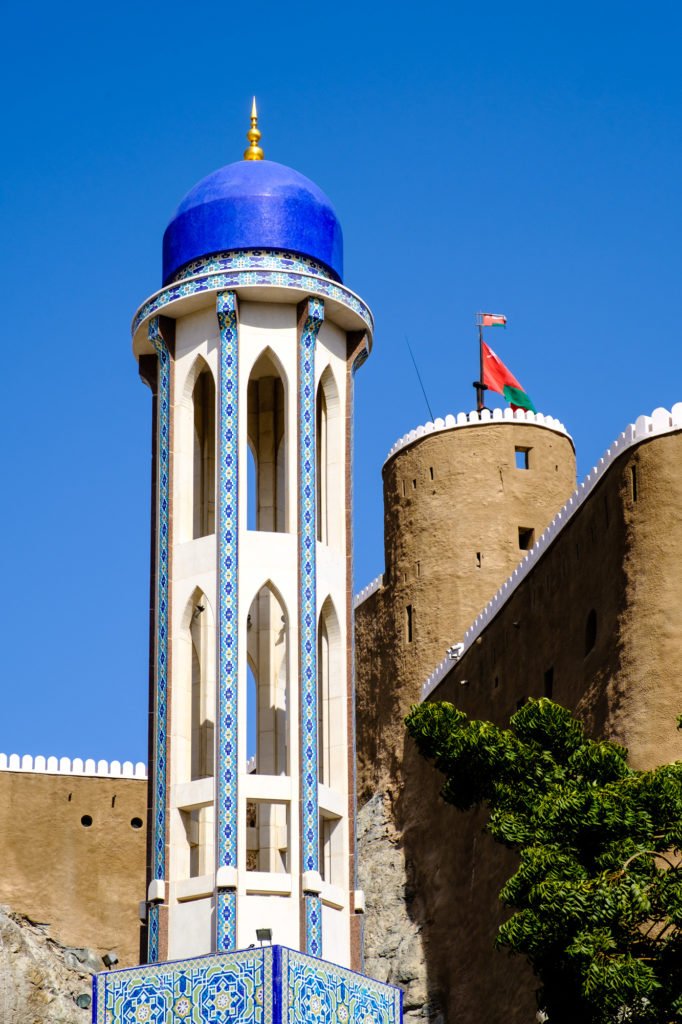 Our hotel was perfectly positioned above the Shatti Al Qurm beach for us to be able to photograph it at sunset without even leaving the hotel’s grounds. This was taken on a very hazy afternoon at low tide, which I think creates a nice atmosphere. 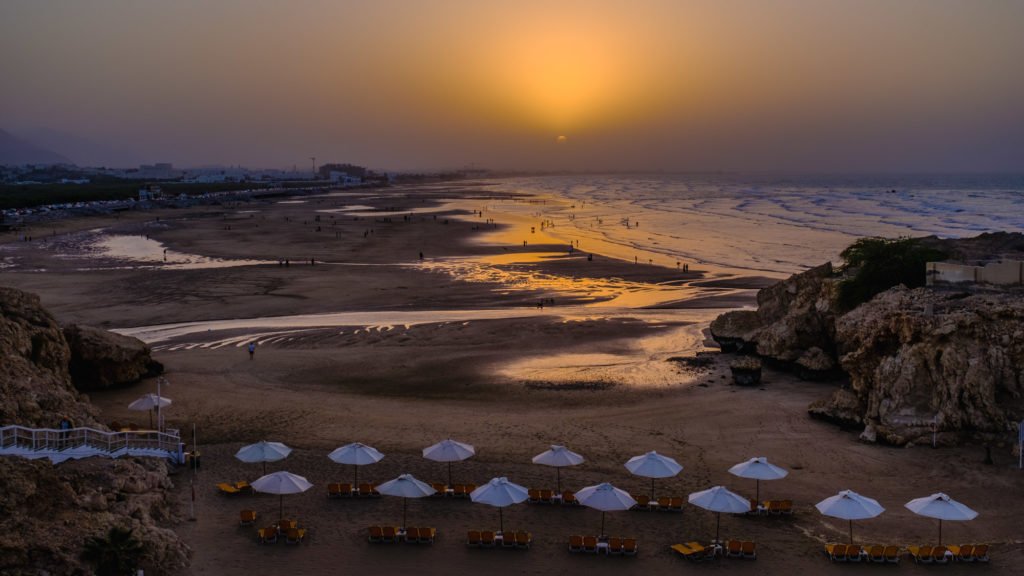 The following day we left Muscat for an adventurous off-road drive across the Al Hajar mountains. You can read all about it by clicking on this link: Oman Travelogue, Part 2: Nakhal, Wadi Bani Awf, and Al Hamra.

I am currently planning my next photo tour of Oman. Would you like to join me there? Check out the tour page and sign up to be notified when bookings will open.