The Plitvice Lakes National Park (Nacionalni park “Plitvička jezera”) in Croatia is likely the most popular tourist attraction of the country and a UNESCO World Heritage site. It contains 16 lakes, separated from each other by natural travertine dams that form a large number of waterfalls.

Given its unique beauty and its popularity, it is unsurprising that the park is very crowded, especially in summer. In order to protect the delicate structures of travertine rock, visitors are mostly corralled along paths and wooden walkways. With these conditions, it is not an easy location to photograph and some inventive must be employed to come home with more than a few snapshots.

I recently visited Plitvice for the first time during our family vacation to Croatia, Bosnia, and Montenegro. Since we only spent one day in the park, I had never been there before and I had to somehow manage the family’s requirements, I didn’t have high hopes of capturing much of value. I mostly expected that, if I tried to put down my tripod anywhere, people would constantly bump into me or stand in front of the camera. Being summer, it would have also been logical to expect a sunny day, definitely not the best light condition for photographing waterfalls. 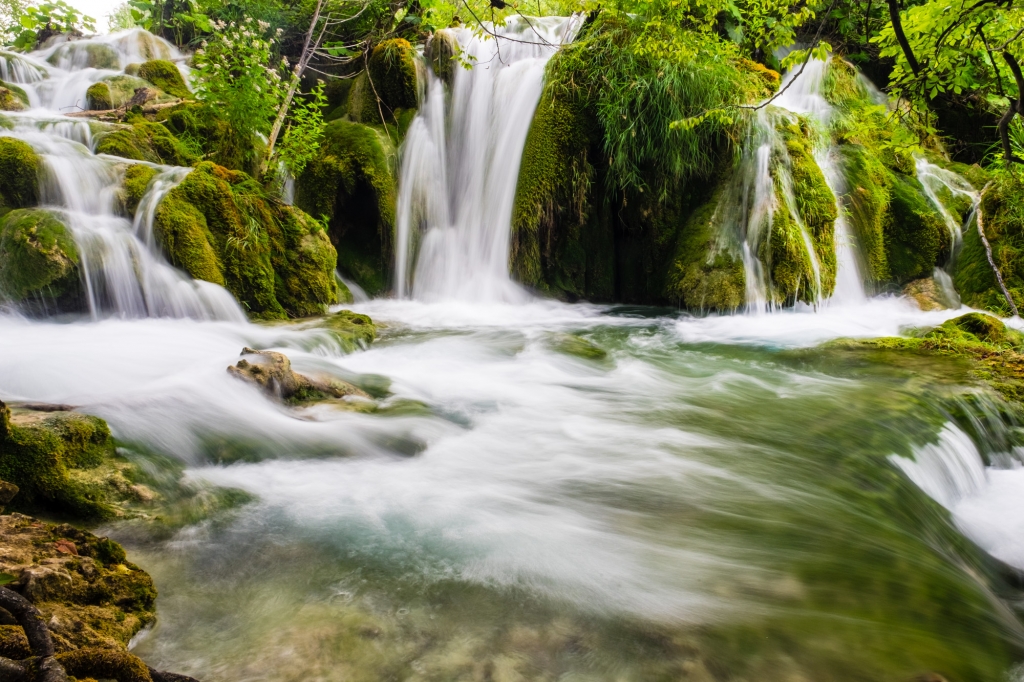 As luck would have it, we arrived in Plitvice on the evening of the previous day under the cover of thick clouds and rain. Forecast for the following day was overcast with 80% chance of rain. Naturally, my family was not happy, but I couldn’t have wished for better conditions: overcast skies mean soft light, low contrast, and saturated colors. Just what the doctor ordered for waterfall photography!

As an added bonus, that kind of weather and a temperature that would go from 14C in the early morning to 20C in the afternoon meant that likely fewer people would show up at the park entrance. Of course, everybody who had planned this trip in advance, like us, and had booked hotels and everything was likely to go on with their plan, unless it rained really hard. Nonetheless, I was still hoping that most people would stay in bed a little longer and that, by being there at the opening hour, we would get at least a few hours of relative tranquillity. 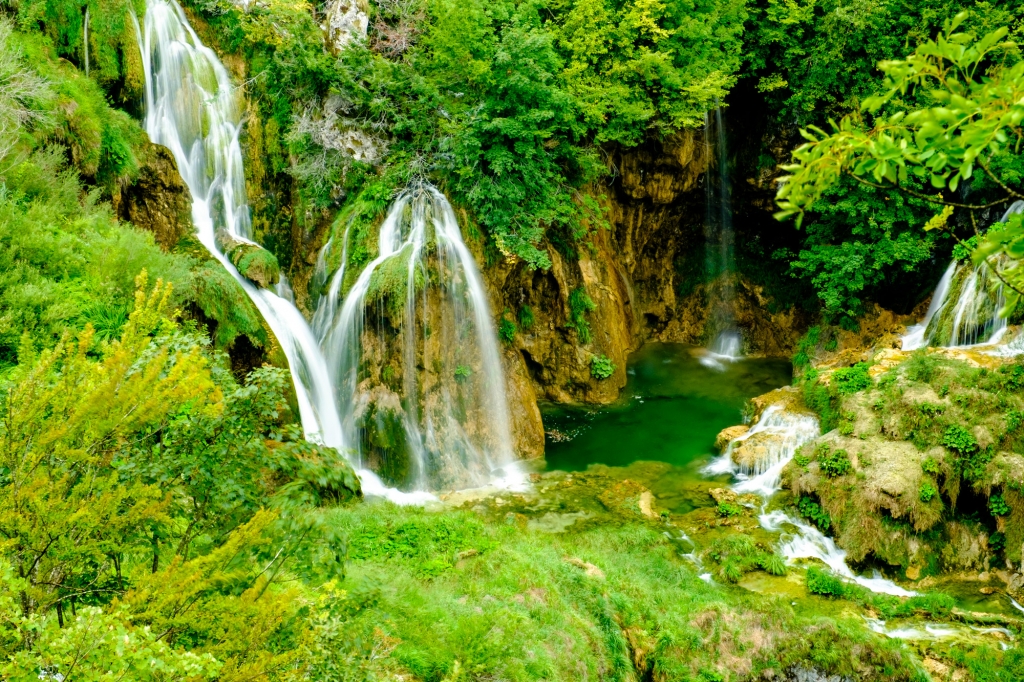 My cunning plan, so to speak, worked perfectly, as the morning turned out grey and cold as expected, but free of rain. As a consequence, the paths and the walkways were not overly crowded and I could put down my tripod in quite a few spots, enjoying several views without any person in sight.

As the morning progressed, the number of visitors started growing, but I could still get some detail shots and, for example, step a bit off the path to capture some interesting trees. 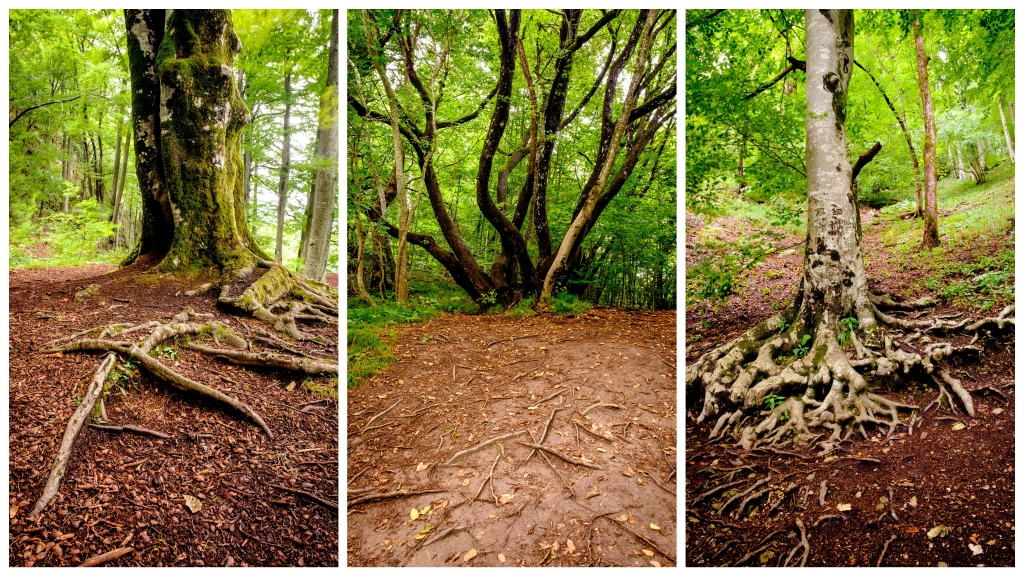 One technique I employed successfully was to sit or crouch on the edge of a walkway and set the tripod into the stream below, possibly extending only two or three leg segments. This way I wouldn’t take up a lot of space on the narrow passage.

You can see a few more detail shots below. 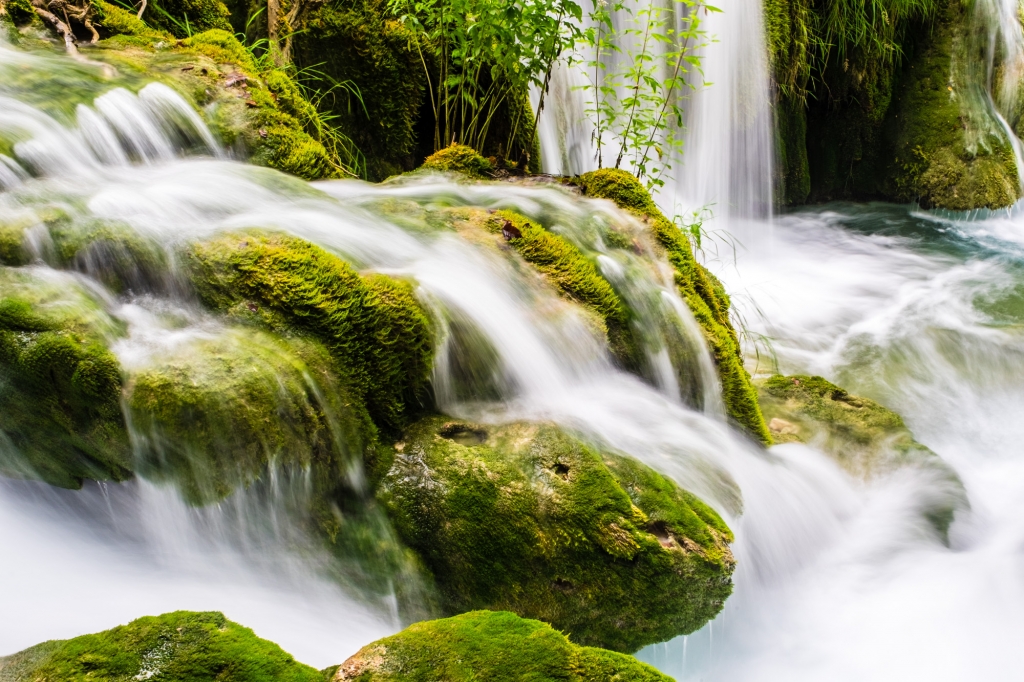 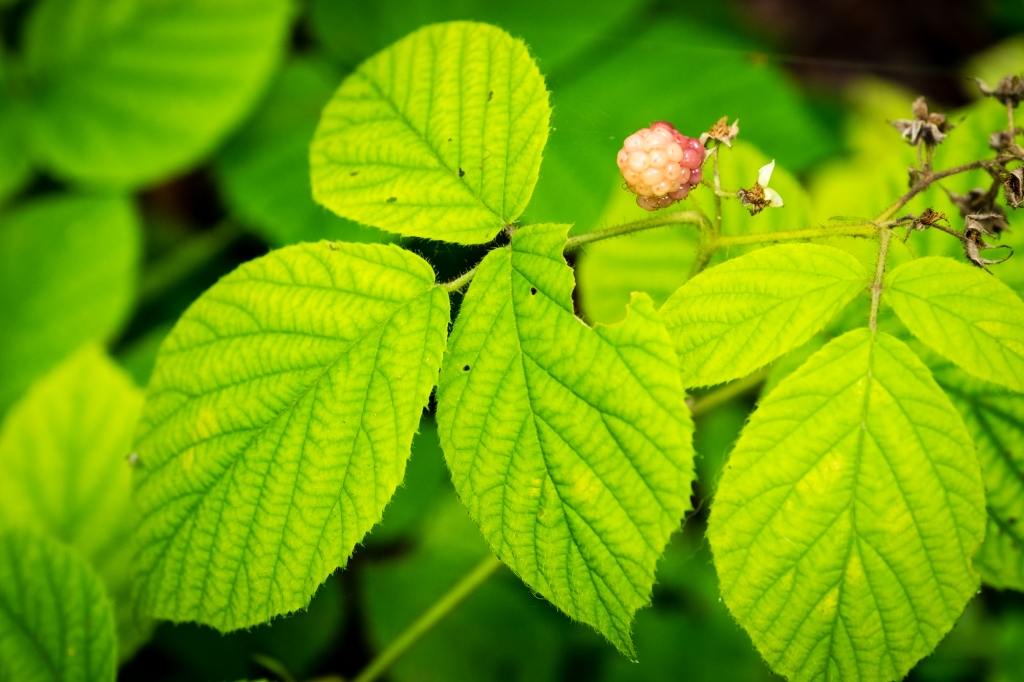 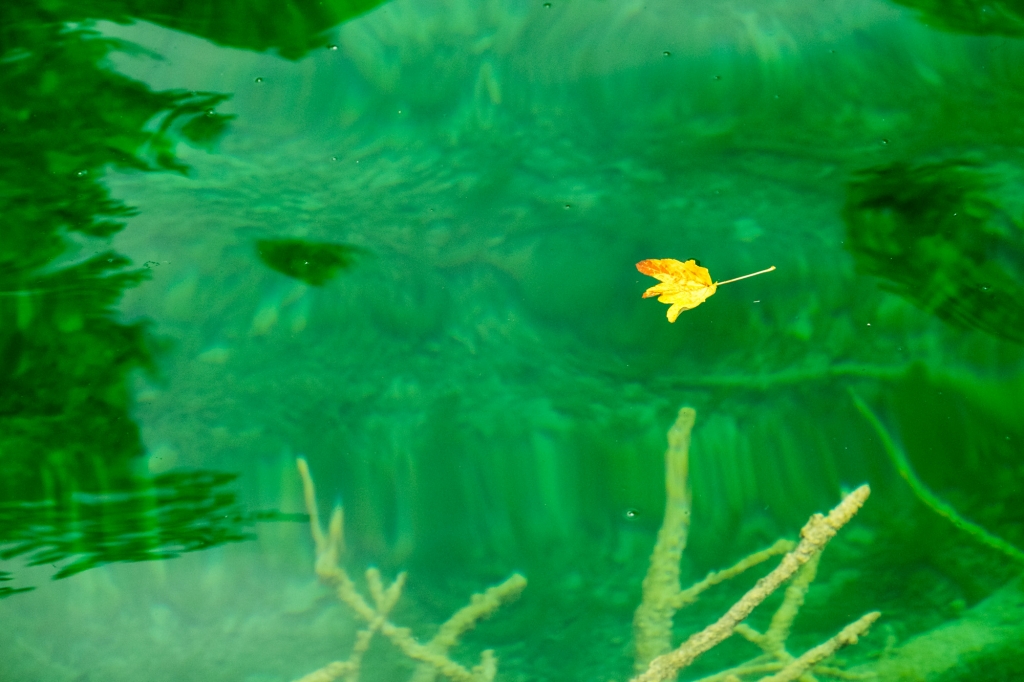 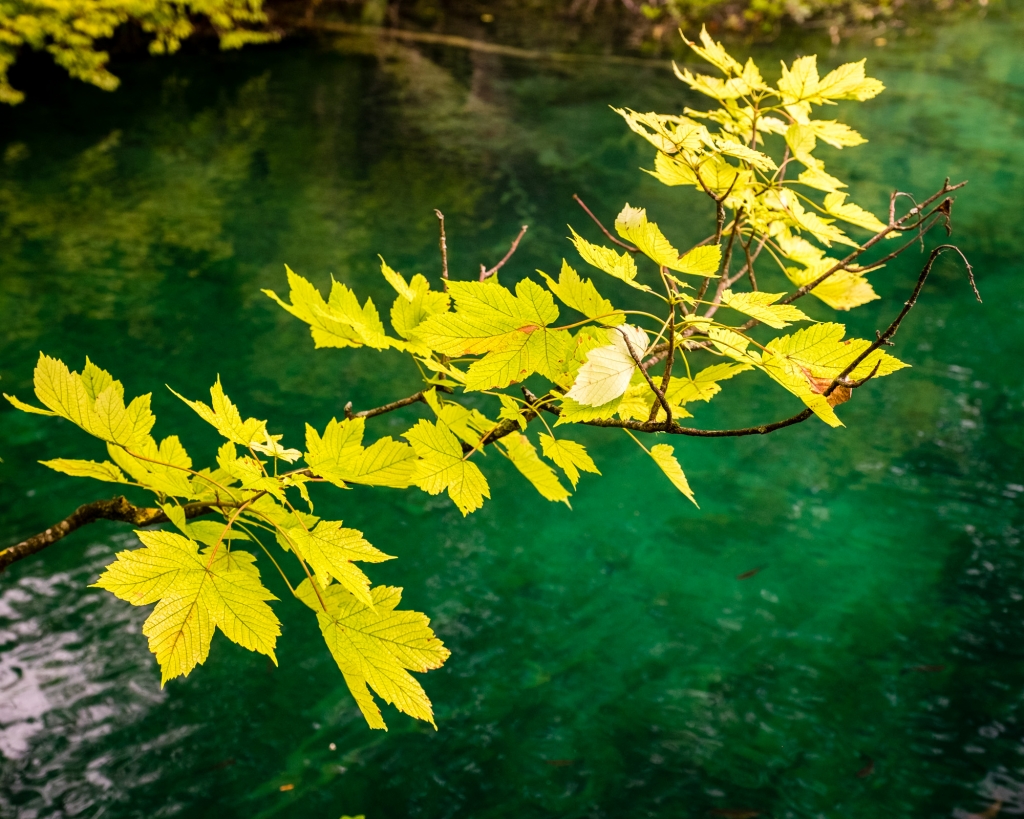 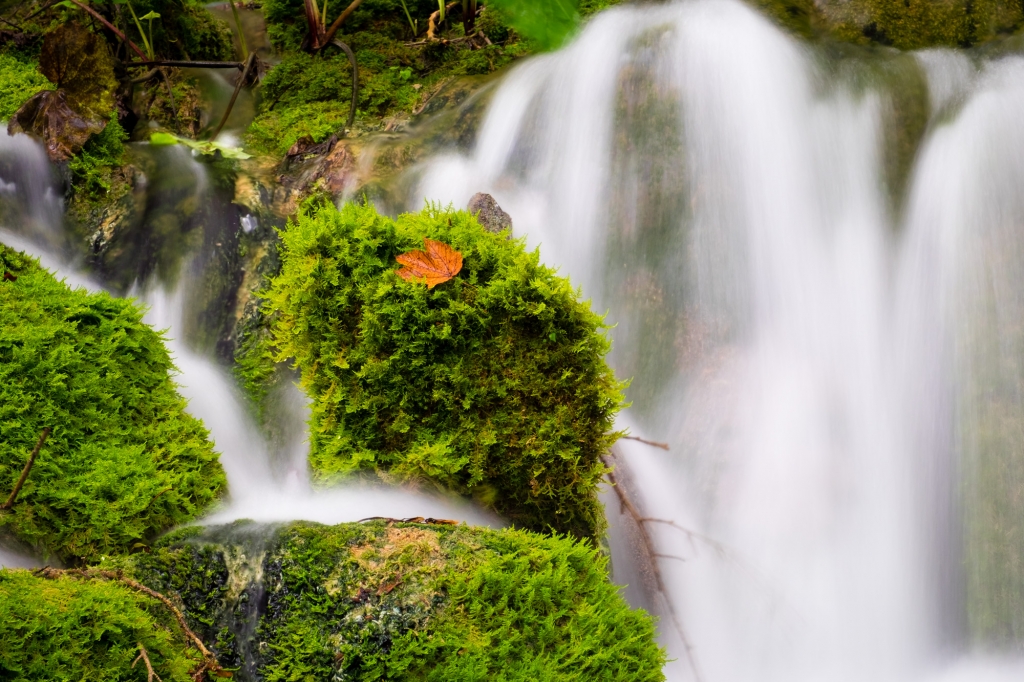 Another interesting aspect of Plitvice is the fauna, especially birds. I’m not a bird shooter, but I couldn’t resist taking some snapshot of the ducks there. They are everywhere and, being accustomed to people, will kindly pose for you. 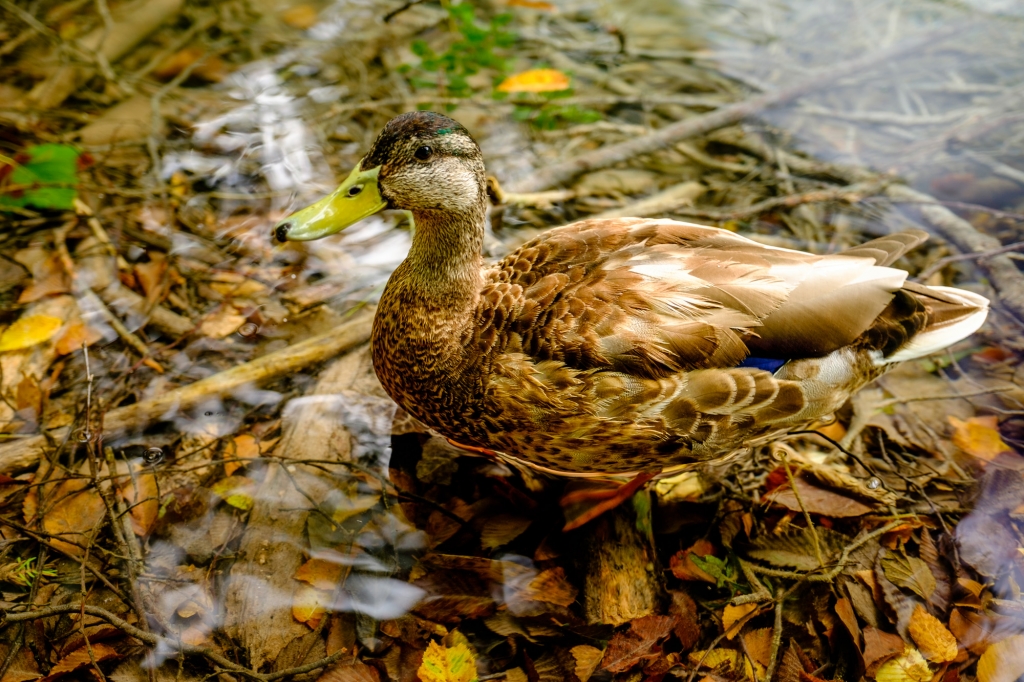 As the day went on, more and more people started filling up every nook and cranny of the park. We even bumped into newlyweds doing their photo shoot and I couldn’t resist stealing one image. 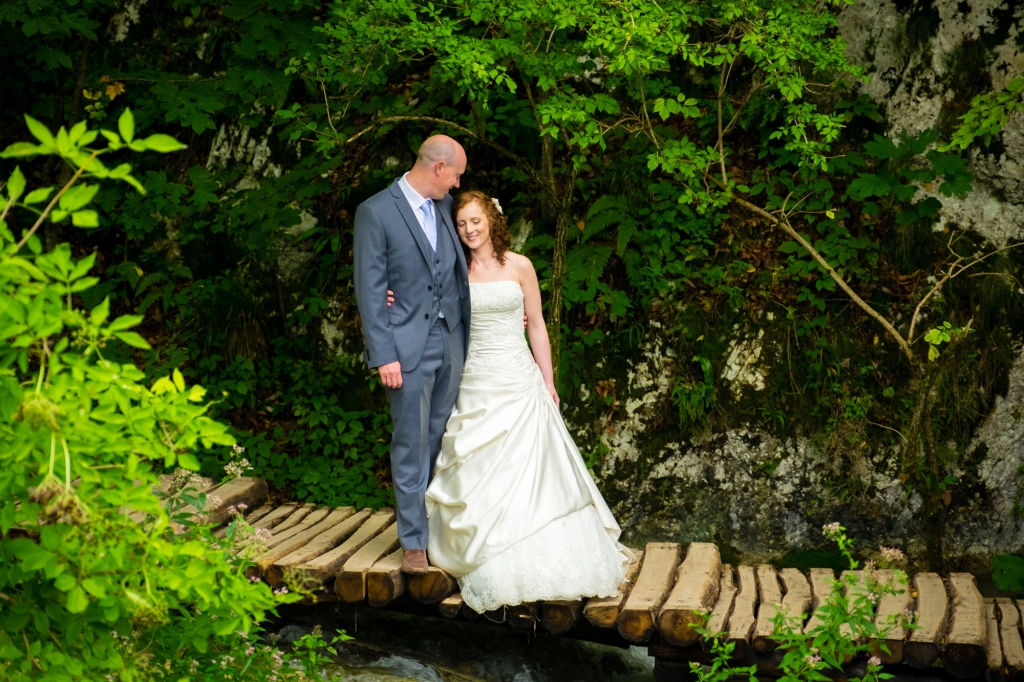 At that point, however, I had captured a good number of photos and the family didn’t want to see any more waterfalls and ducks, so we left. I would love to be back some day, maybe in another season. Plitvice must be magnificent in fall color or under the snow.