This land resembles no other place. Sardinia is something else. Enchanting spaces and distances to travel-nothing finished, nothing definitive. It is like freedom itself.

Many people see Sardinia as a small continent in itself, because of its unique variety of landscapes, wildlife, traditions, people and food.

Interested in touring Sardinia with two experienced professional photographers? Then have a look here!

What Can You Do In Sardinia?

For a start, you can do a walking tour of Alghero’s old town between narrow cobblestone streets, romantic atmospheres and stunning coastal views from seafront bastions.

After a break with a Sardinian style snack, you could move to the outskirts of Alghero to explore Porto Conte natural reserve. You’ll be impressed by breathtaking coastal sceneries, massive steep cliffs, intense Mediterranean scents and a rich fauna such as wild Sardinian horses and donkeys, wild boars as well as rare birds like griffon vultures. This environment has been inviting humans for thousands of years, that’s why you’ll have the chance to admire also Palmavera, the ruins of a prehistoric village of Nuragic civilization, built 15 centuries BC, during the Bronze Age.

Along the seaside road south of Alghero you could admire 40 km of coastal wilderness; many marine birds nest in this area amongst spectacular geological shapes towering over the Mediterranean. This impressive coast lies between Alghero and Bosa, another charming town on the shores of the Temo river, with colourful buildings surrounding a medieval fortress. A pleasant walk in the old town takes to an antique cellar where to taste Malvasia, the indigenous fortified wine produced in this area.

During this fascinating day some more activity is waiting for your lenses: an excursion on the hills around Bosa to spot griffon vultures that live in this area, together with the scenographic coast at Torre Argentina warmed up by sunset light.

After a few days in Red Coral Riviera, you might head southeast to reach the mountain range in the heart of Sardinia. Along the way there’s a chance to explore the Nuraghe Santu Antine and Santa Sabina historical site, which displays once again the unique density of archaeological areas spread across the territory.

Before reaching a charming hotel, you can explore the town of Nuoro, where friendly local fellows will take you inside workshops to meet artisans carefully shaping cork, iron, wood and gold to create lovely objects inspired by the ancient traditions of this region, called Barbagia. By attending a food and wine tasting, you will be introduced to the most delicious part of the cradle of Sardinian culture.

This intense day ends might end with a Sardinian dinner in a restaurant nestled among the hills surrounding the village of Oliena.

Orgosolo is a picturesque village decorated with more than 100 colourful graffiti inspired by international events, Italian politics, everyday life and local culture; your camera will love those fascinating subjects! 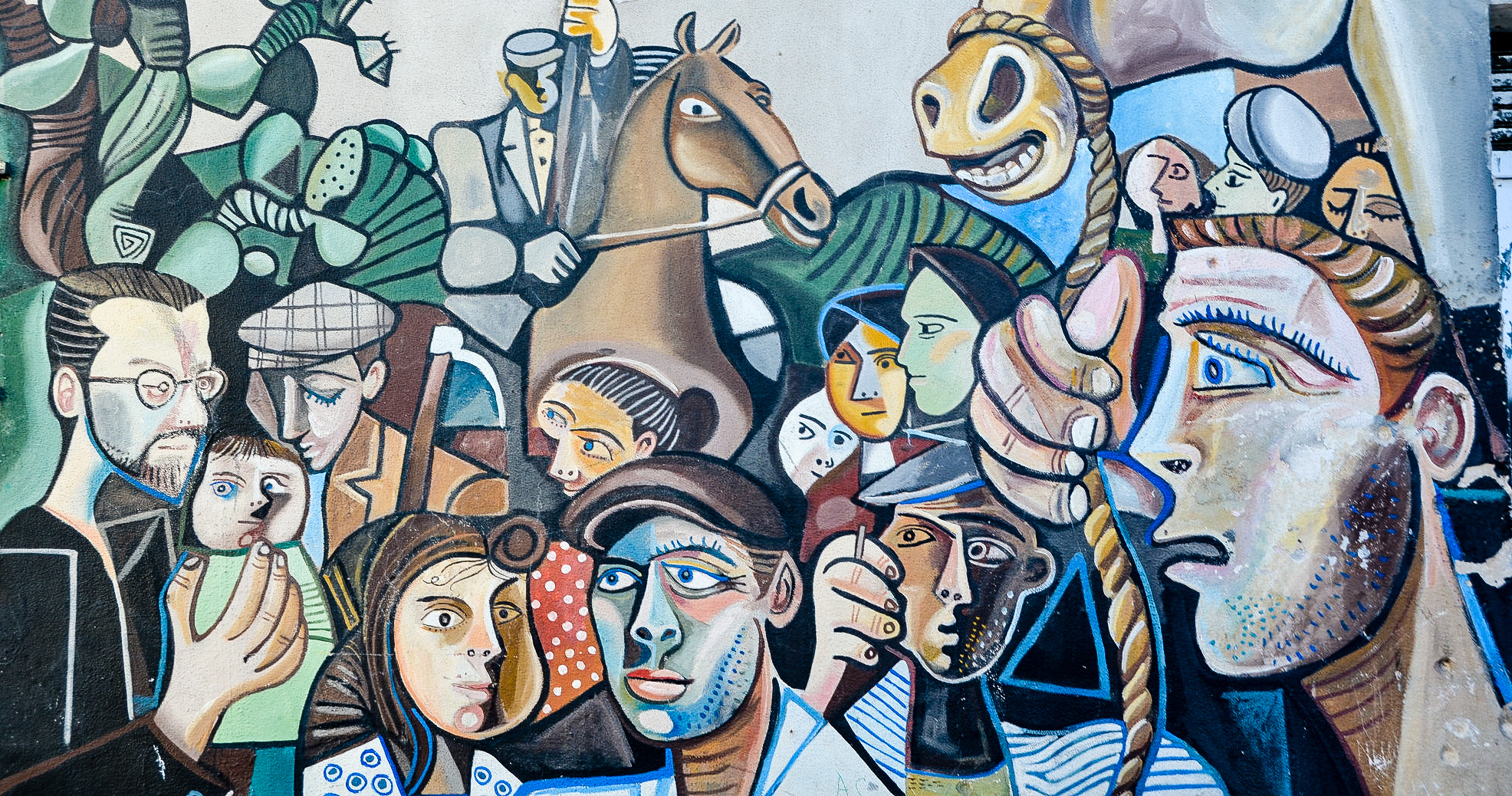 Your hunger for intense flavours will be properly satisfied with some bites of delicious local food specialties. After lunch, head to Mamoiada, another lovely village where the Mamuthone tradition was born; surely this is the most iconic mask of carnival and an ambassador of Sardinian culture. You might have the opportunity to meet up with a Mamuthone and admire this fascinating costume. 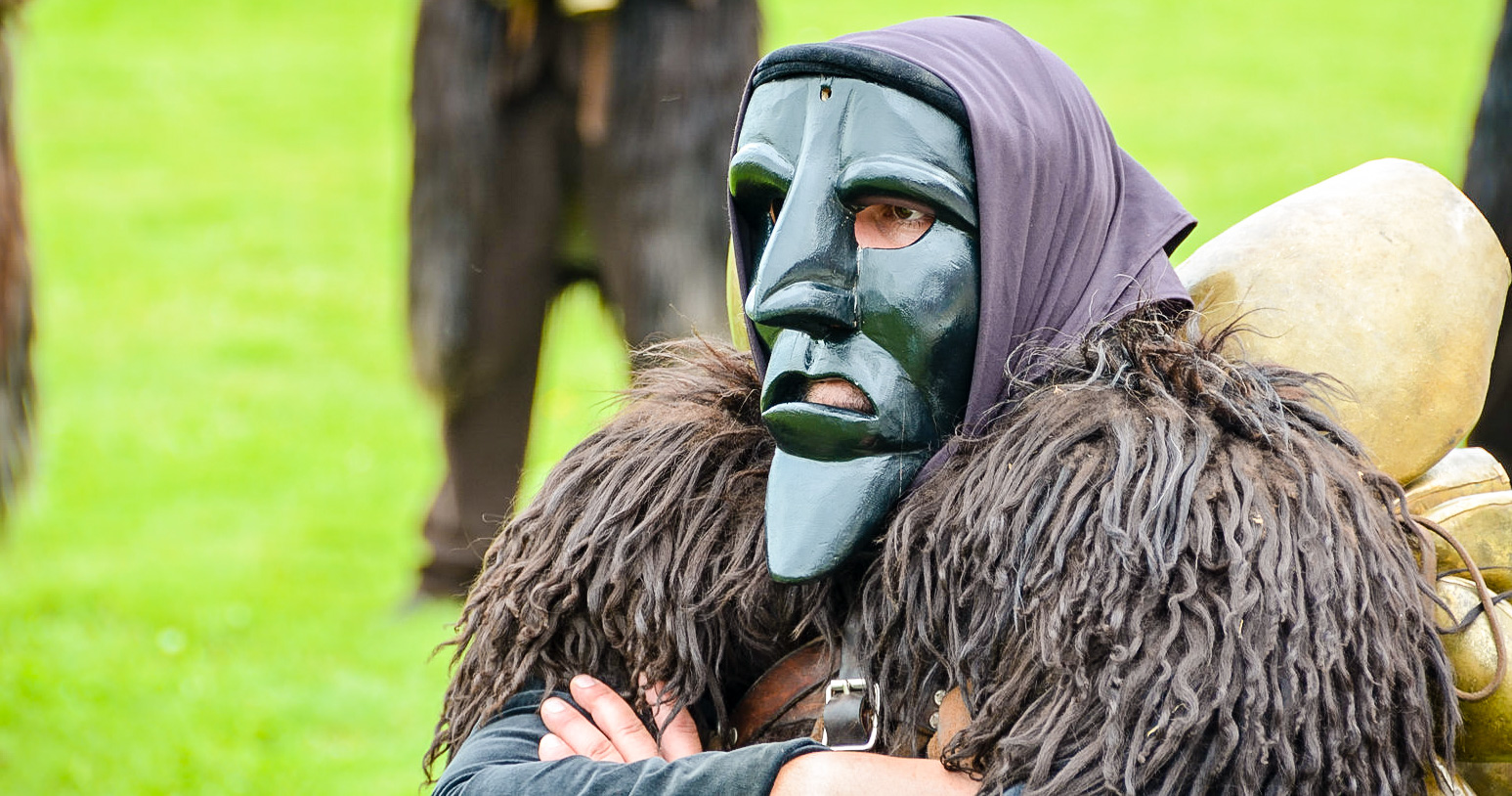 The way back to Alghero goes through Pattada village widely known for high quality knives; the Pattadesa knife is another Sardinian icon and it is produced here by skilled craftsmen. After admiring some precious items created in a knife workshop, your itinerary brings you to Saccargia church a remarkable example of ancient romanesque architecture.

Sassari, the most important city in northern Sardinia, lies not far away, and a walk between its old town maze and aristocratic palaces is definitely in order.

Check out my upcoming photo tour of Sardinia!