This is the third installment in my series about Thailand. You can find the previous ones by clicking on the below links:

All photos taken with the Fujifilm X-T2, Fujifilm X100S

Ayutthaya was the capital of the Kingdom of Siam until 1767, when it was invaded by the Burmese army and burned to the ground. It is crazy to think that, at the time, it was the most populous city in the world, at over one million inhabitants, and it rivaled Paris and London. All of its splendor and riches came abruptly to an end, as the city was sacked, all wooden civil buildings burned, its temples and palaces depredated, and its population slaughtered or deported.

Just imagine Napoleon conquering London and razing it to the ground to have an idea of the scale of this event.

The remains of the city, a pale reflection of its glorious past, today constitute the Ayutthaya Historical Park, a UNESCO World Heritage site. 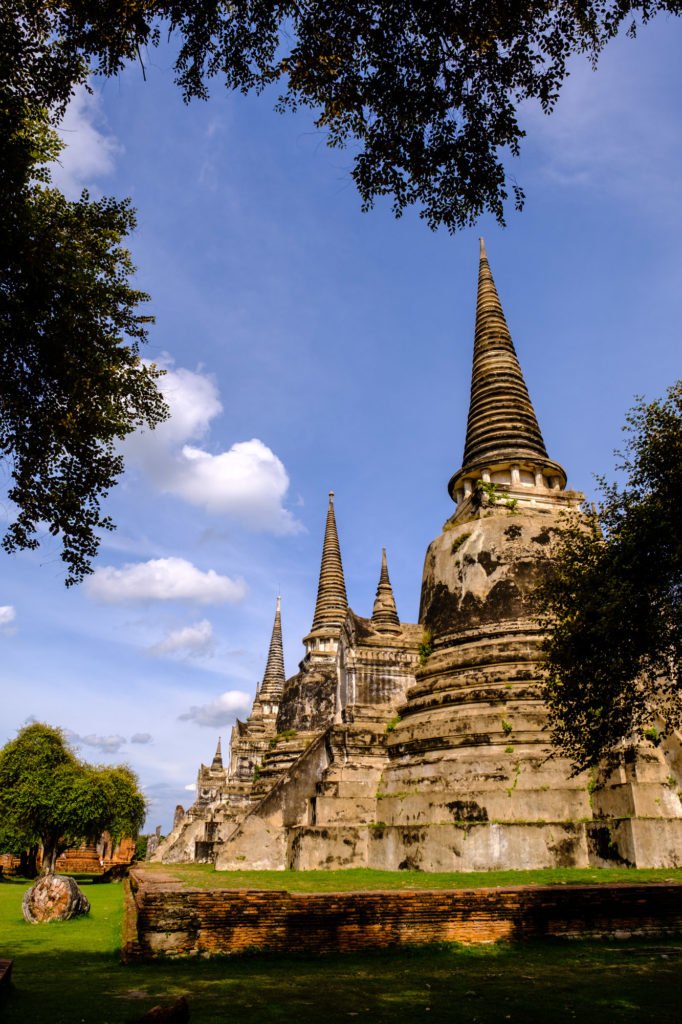 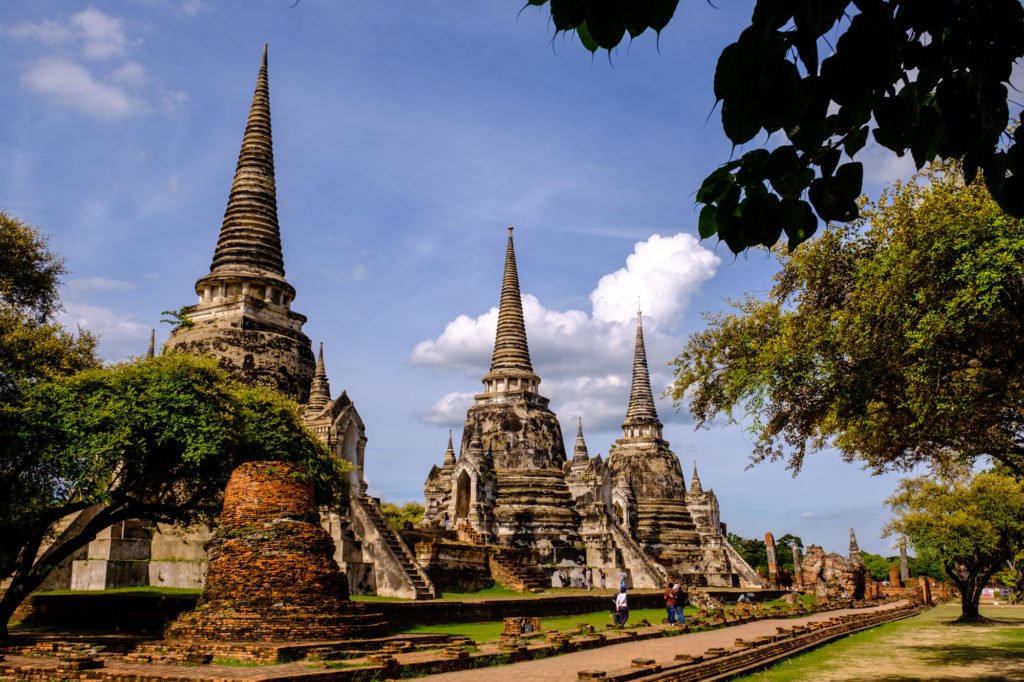 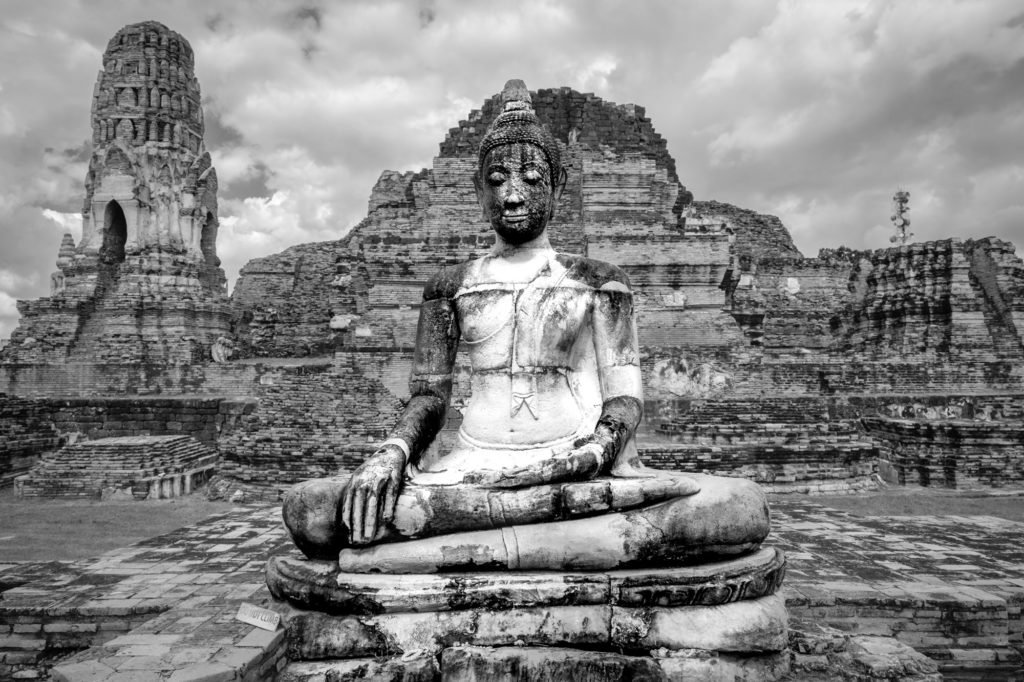 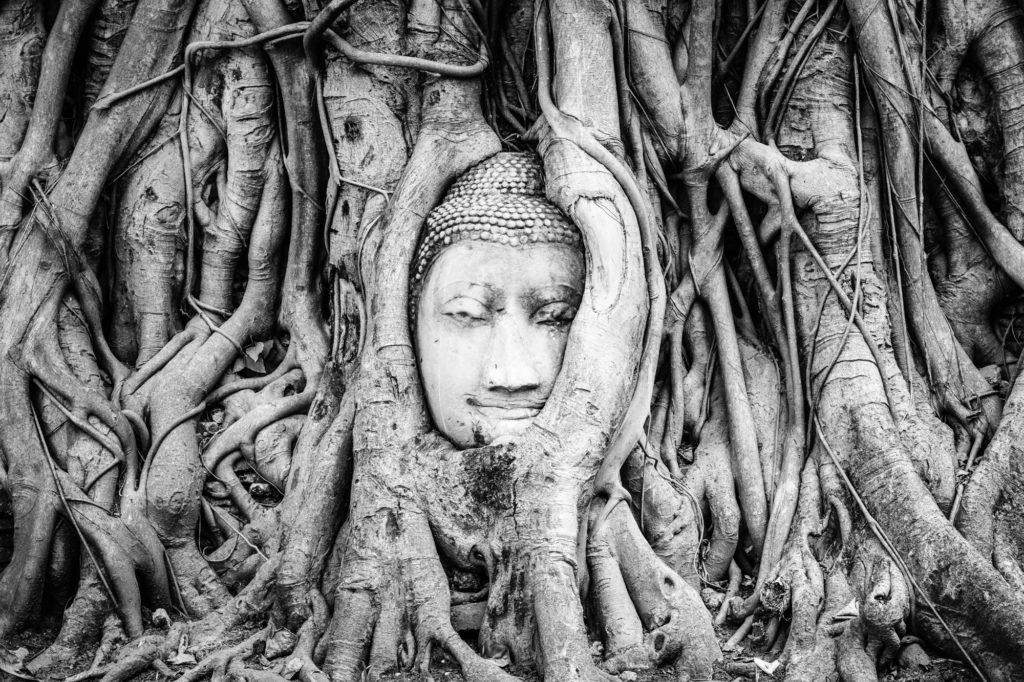 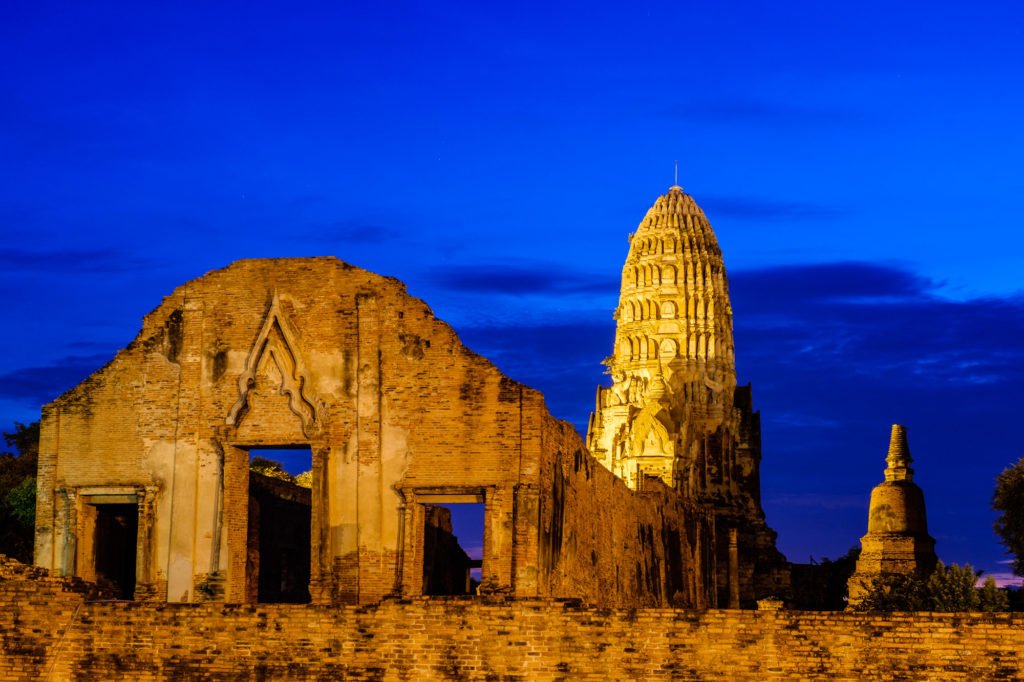 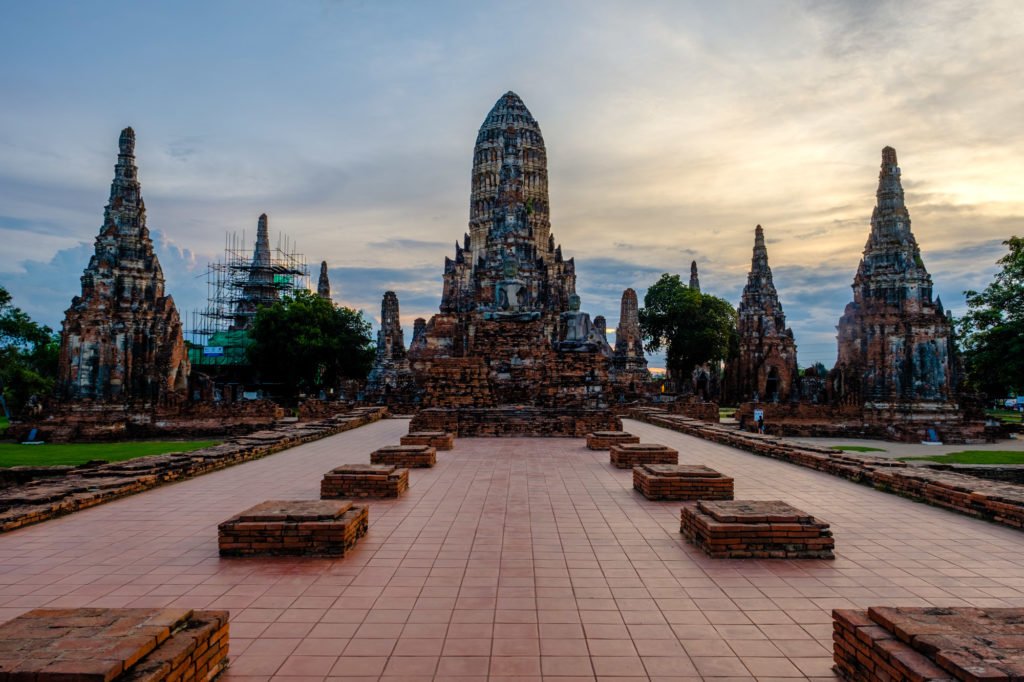 Sukhothai, about 400km north of Bangkok, was the capital of its namesake kingdom, which ruled from 1238 until 1438 over most of what is now central Thailand and a predecessor of the kingdom that had its capital in Ayutthaya.

The current Historical Park has 193 ruins on 70 square kilometers of land and is a UNESCO World Heritage Site whose temples sit among beautiful lawns and trees and that is easily toured by bicycle or on foot. 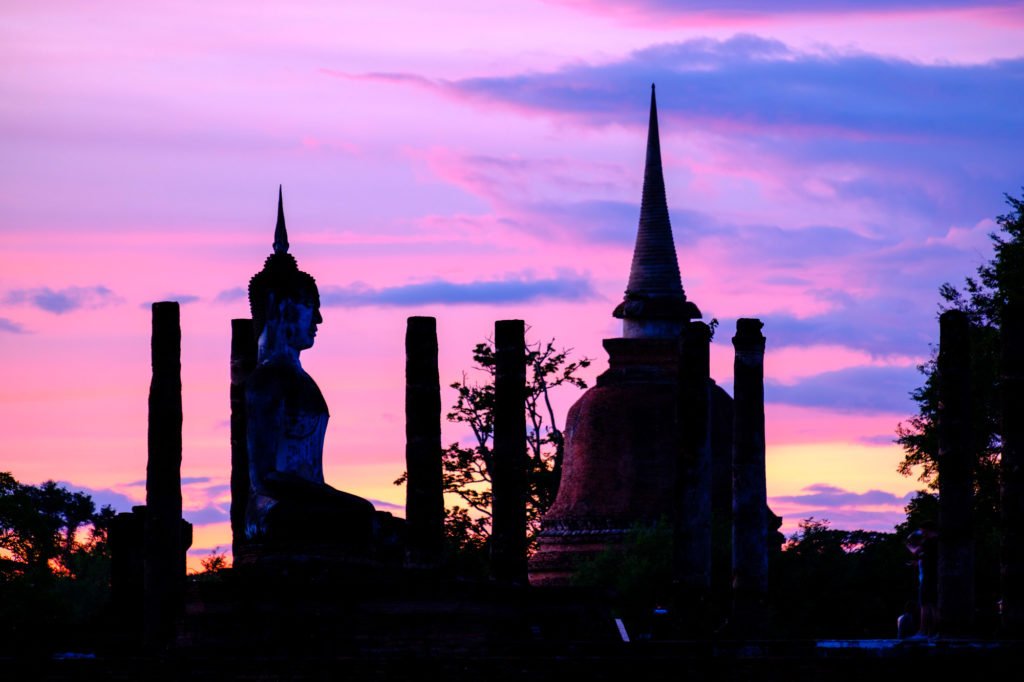 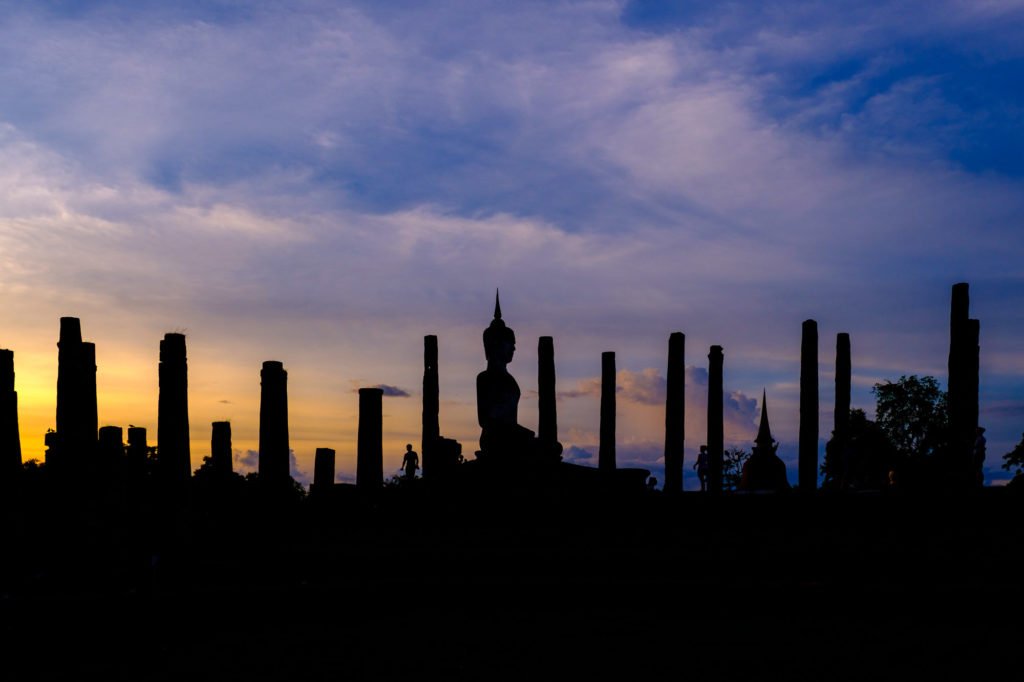 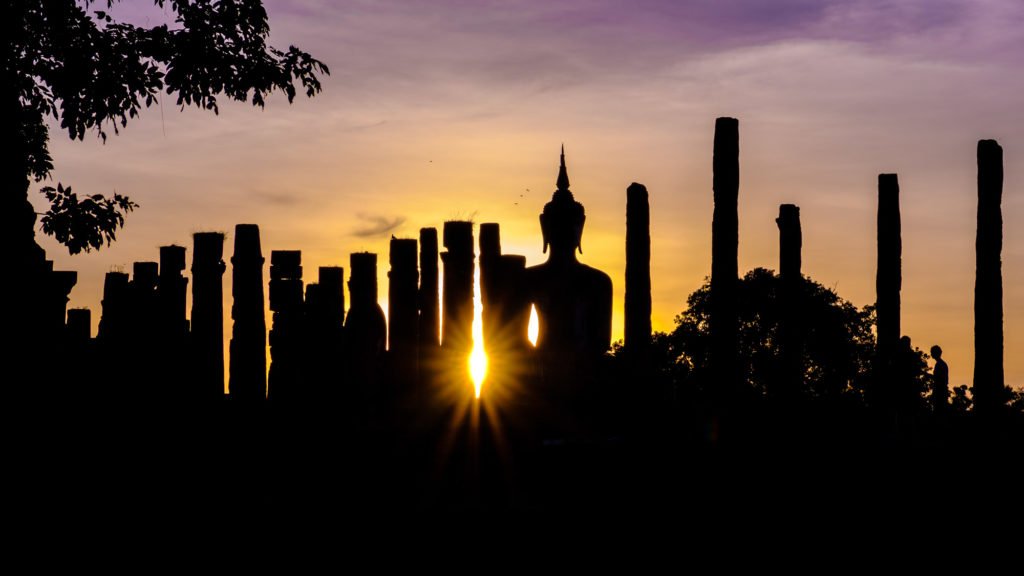 You can either stay in the new Sukhothai, a not particularly interesting city 12km to the east, or near the old Sukhothai. We opted for the latter option and through our hotel we enrolled the services of Krian, a friendly tuk tuk (more like a motorized rickshaw actually) driver who was happy to carry us around at any time. 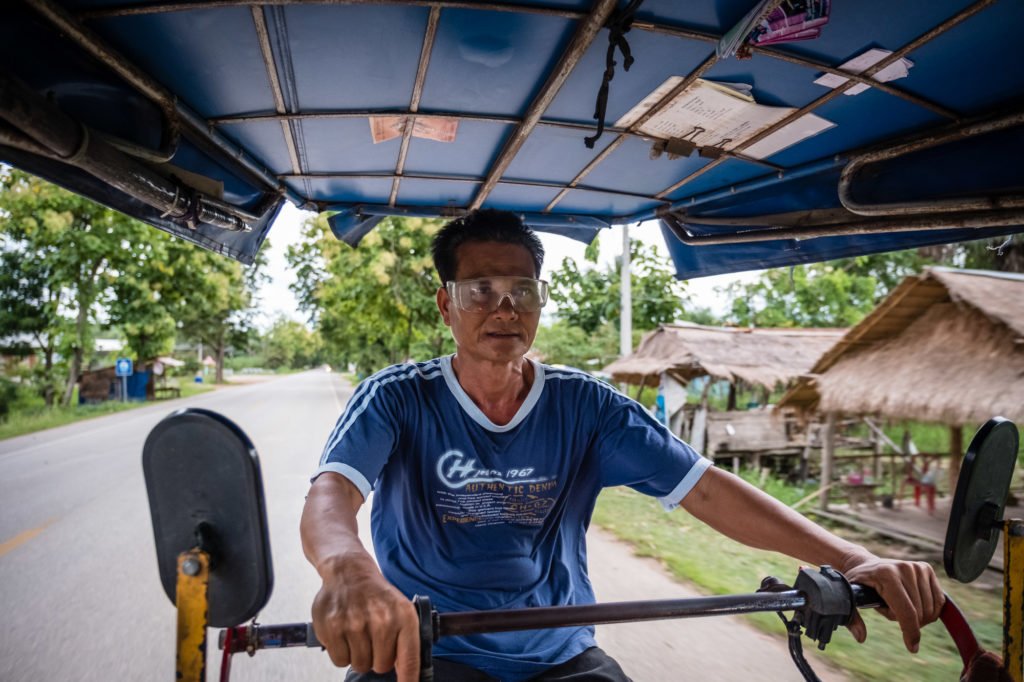 This was our third stop on the way to Chiang Mai. We were enticed by a couple guidebooks that described Lampang as a provincial city that still preserves the atmosphere of Northern Thailand as it used to be and that has not been completely transformed by tourism. That might actually be true, but as a matter of fact there isn’t much to see there, save for two or three moderately interesting temples. 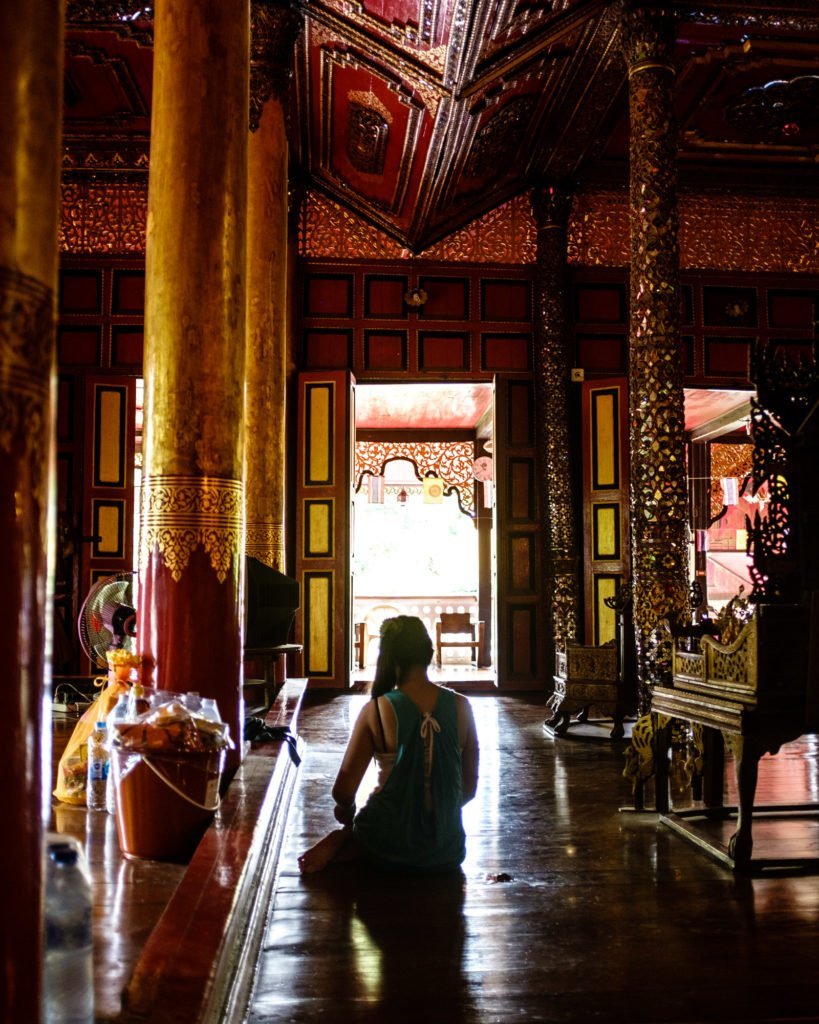 Praying in a temple in Lampang 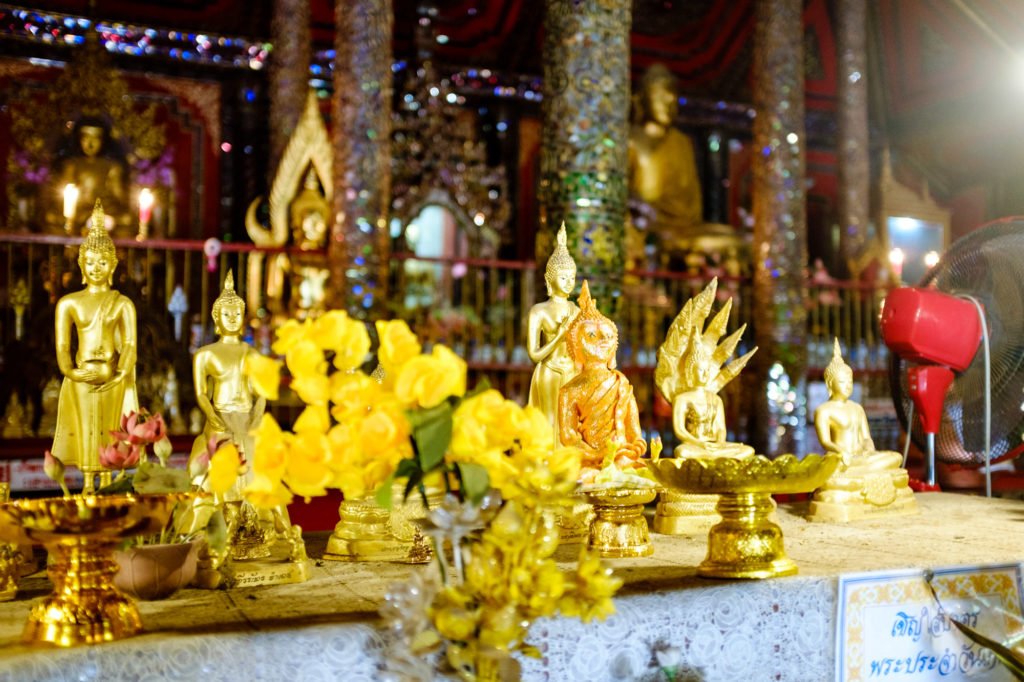 Inside a temple in Lampang 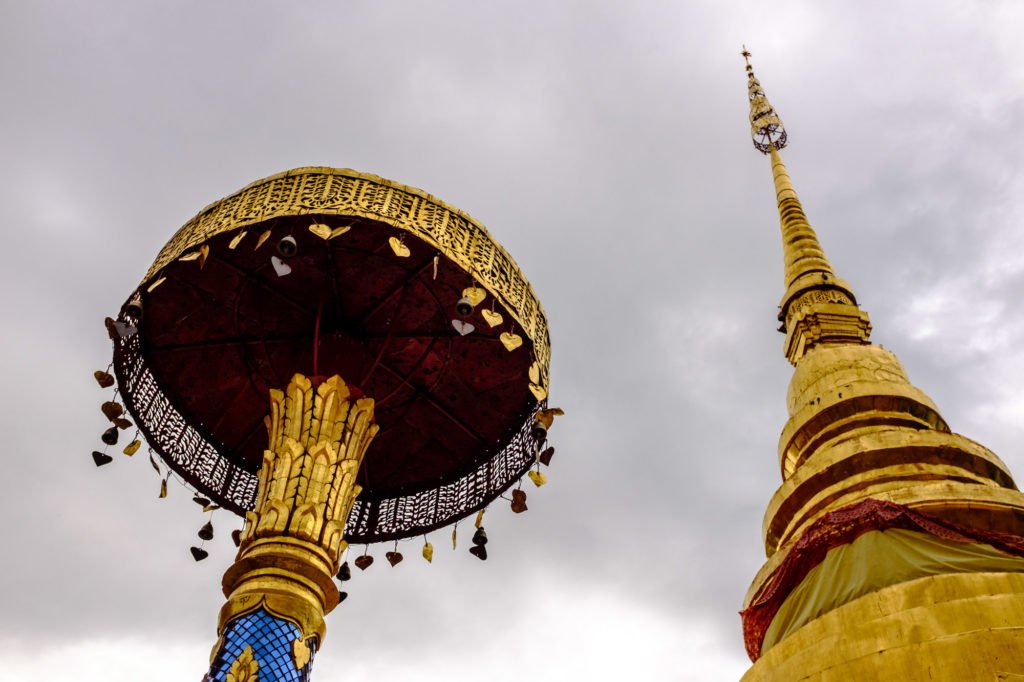 The chedi of a temple in Lampang

That’s it for now. Next stop, Chiang Mai.