On The Edge Of Darkness is the title of this image that I took on the last evening of my recent family vacation. It was shot just before sunset in Rovinj, Croatia, one of the most charming towns of the Adriatic coast. Even though it rivals in beauty with the more popular Dubrovnik and Trogir, Rovinj (or Rovigno, if you prefer the Italian toponym) is not as crowded and, being on a peninsula jutting out into the sea, it affords great views from two sides: north and south. 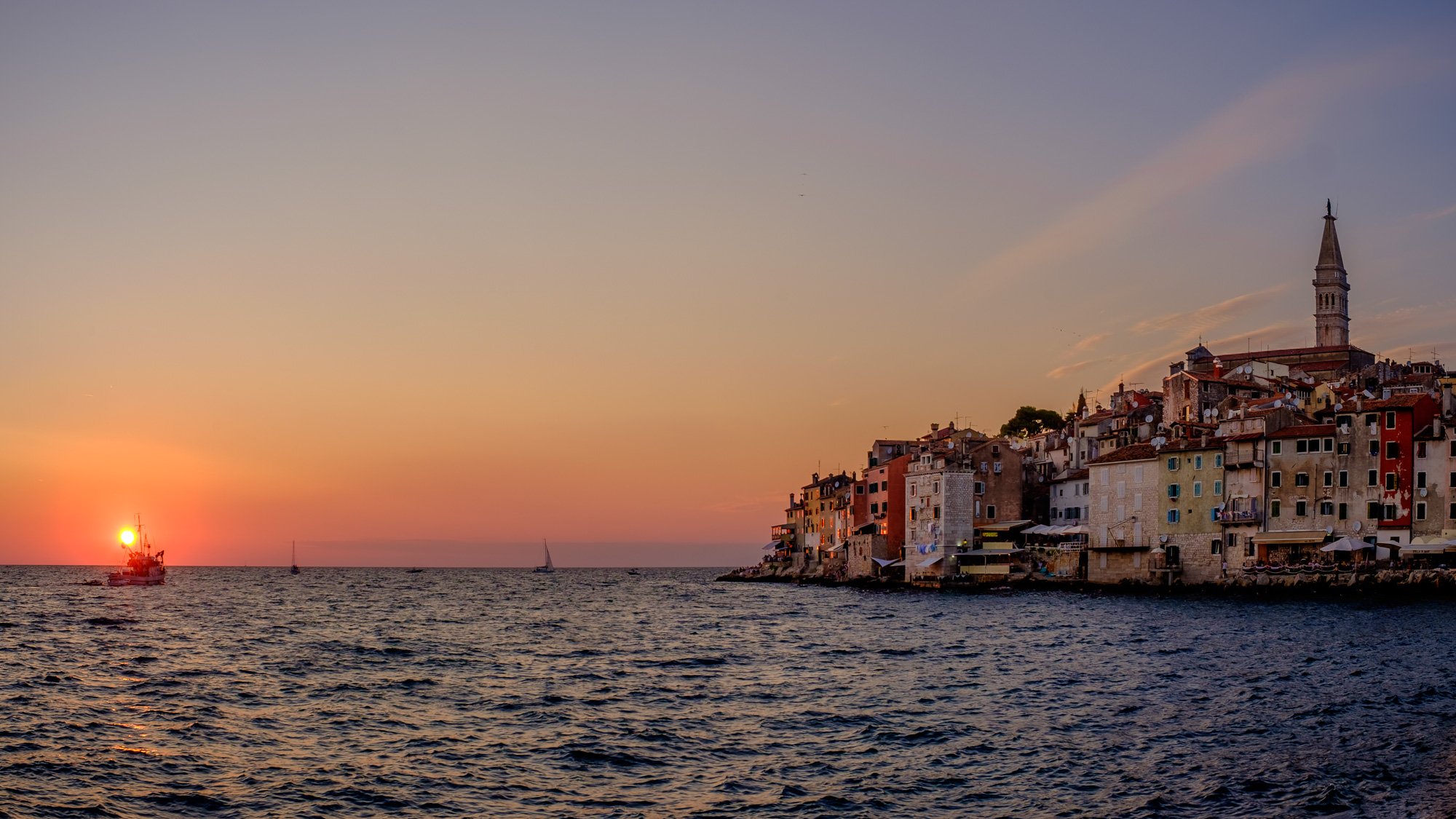 On The Edge Of Darkness

With a bit of advance scouting, I was able to determine that the best view at sunset would have been had from a point at the tip of the jetty that encloses the marina south of town, looking towards the north-west. From that position, I knew that if I wanted to include the sun and the town in the composition, I needed a wide field of view. That gave me the option of either using my 10-24mm lens at a very short focal length, or use a longer focal length and stitch several frames into a panorama. In the end, I opted for a pano to get more pixels to work with, in case I had to stretch and crop the image later. I therefore elected to use my new Fujinon XF 16-55mm F2.8 lens.

Shooting into the sun, with half the town facing away from it and in the shade, I knew I would have had too much contrast to handle effectively with a single image, so I decided to bracket each slice of the panorama.

Well in advance of the hour of sunset, I tried different positions and focal lengths and finally set down my tripod on the spot that I thought would have given me the best perspective. I also decided to create the panorama using only two brackets of images. When taking photos for stitching, I would normally put the camera in vertical orientation and take more shots, but with the sun setting rapidly, I didn’t want to mess around too much with the tripod head, so I determined that two horizontal images with a large amount of overlap would have given me plenty of resolution.

As the sun was setting, I noticed a fishing boat sailing from left to right into my field of view and thought that it would add interest to the photo if I could include it in the frame just as it was passing by the sun and so I did. The resulting sets of bracketed images (at 0, +1EV, and -1EV) are shown below. 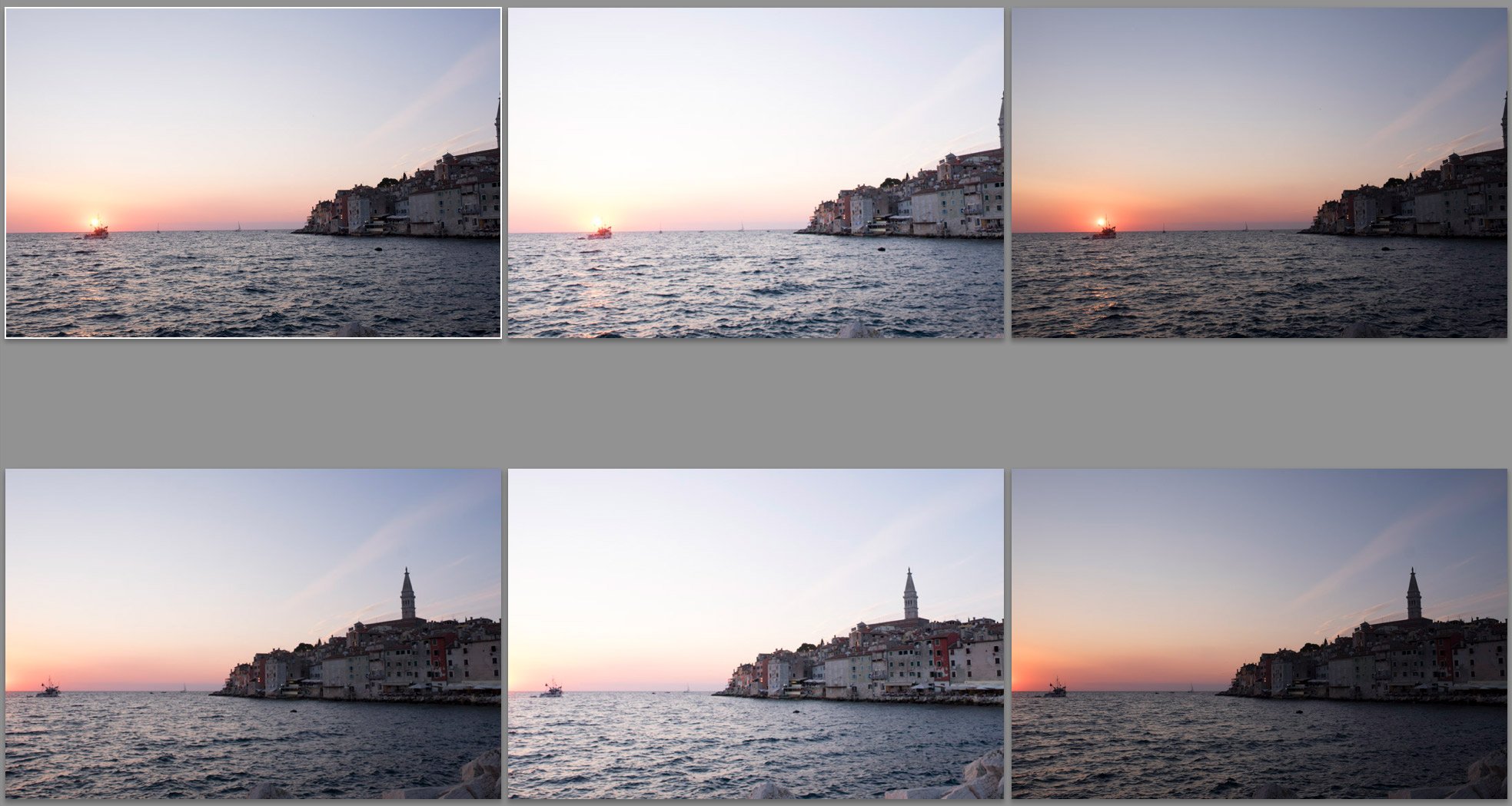 All the processing was done in Adobe Lightroom CC. I first created an HDR image from each bracketed set and then stitched the two resulting images using the Panorama Merge feature. I did all of this before doing any processing on the RAW files. I really enjoy the freedom that Lightroom gives me of creating 32-bit HDRs and stitching them, all without going through Photoshop and retaining the ability to process the resulting file as a RAW image. This lets me see whether the HDR and stitching processes are successful before wasting time with tonal adjustments.

The resulting panorama (below) had quite a bit of barrel distortion that was quickly fixed using the Lens Correction panel of Lightroom. 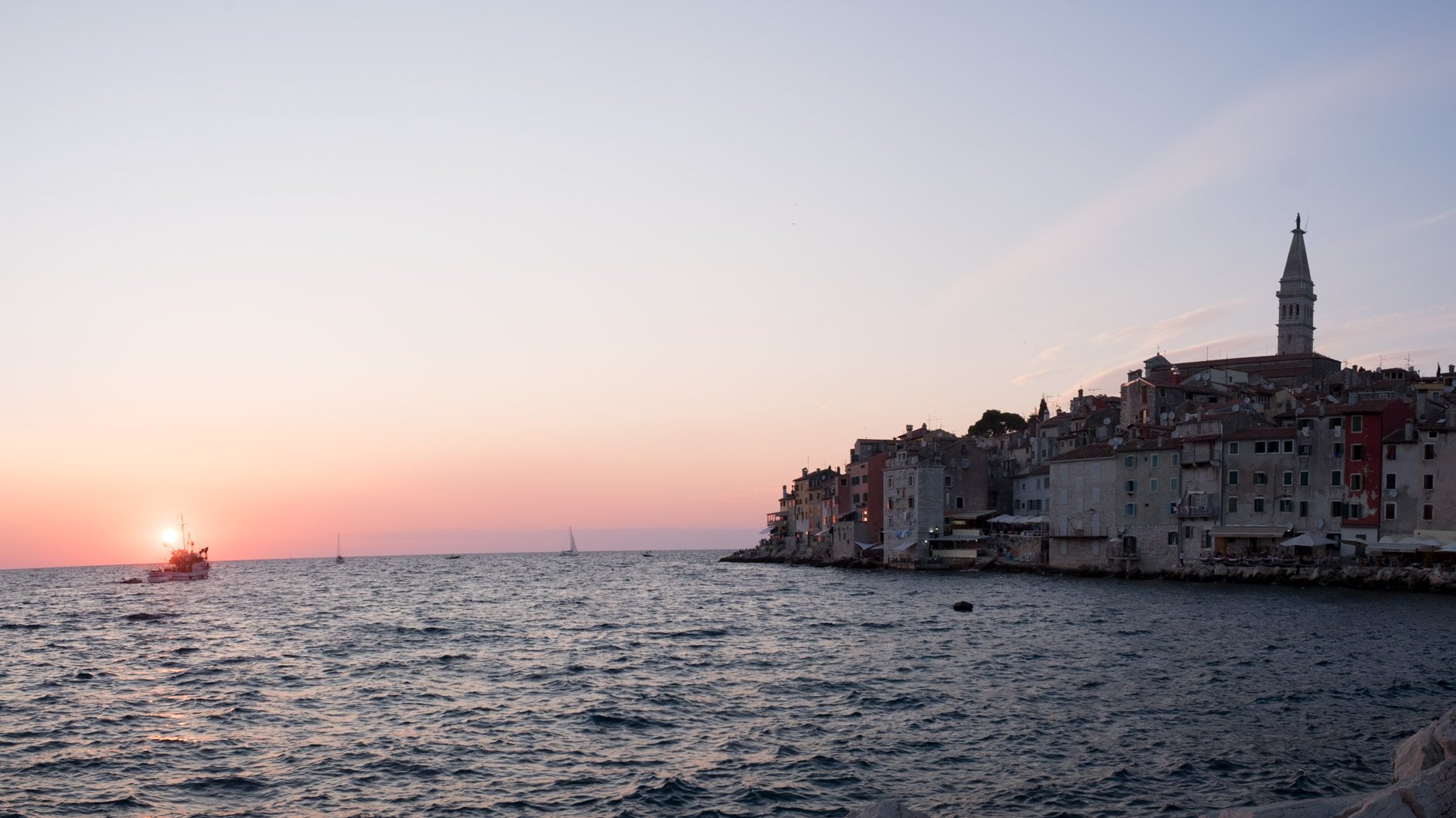 Now that I had a geometrically correct image, I just had to apply some global tonal processing, with the intent of obtaining some quiet, pastel hues, rather than dramatic contrast. This process left me with the tones I wanted in the sky, but the houses were quite dark and muddy, so I applied some local adjustments using the brush tool to give that area a bit more “pop”. 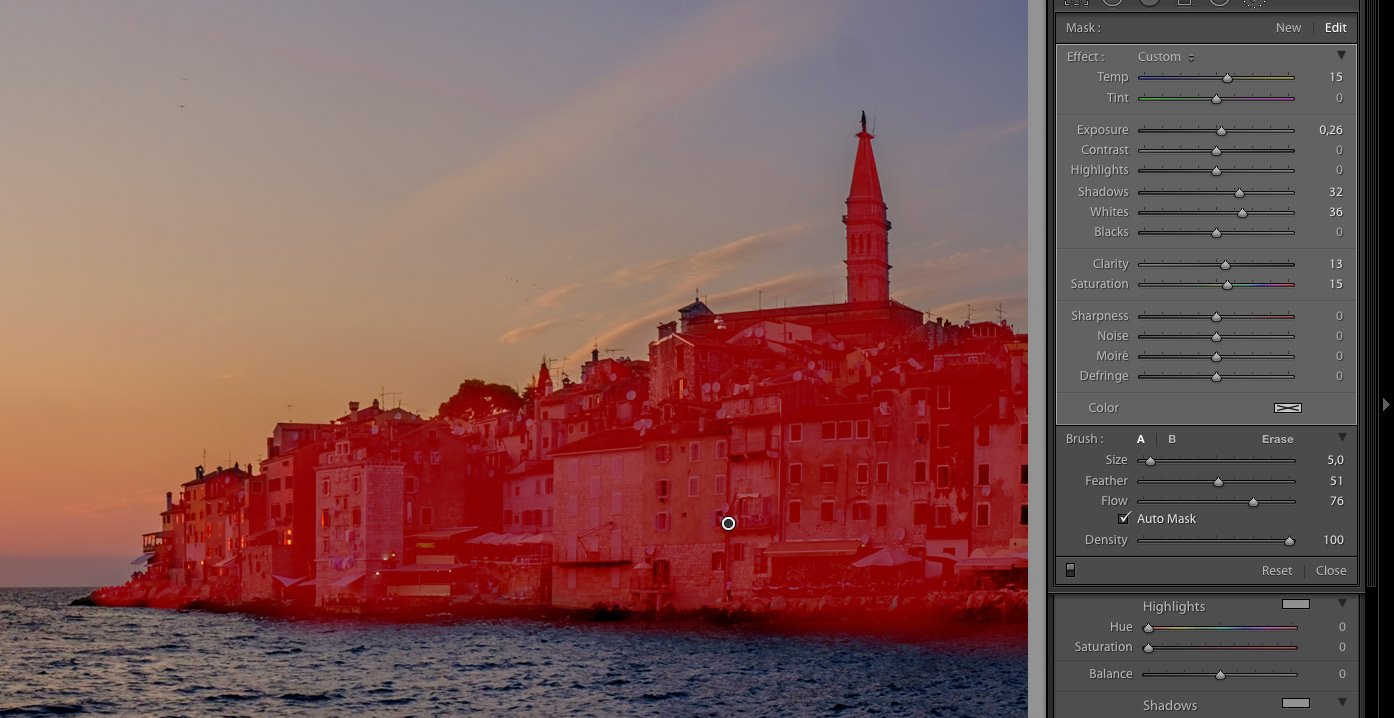 As the final step, I cloned out some rocks in the bottom right corner and some objects floating in the sea. I did not clone out the two distant sailboats, but might still decide to do it in the future.

I really enjoyed shooting this photograph and processing it was a breeze, thanks to the new features of Lightroom CC.