I had been planning this trip for months: a long drive from Italy, across Slovenia, and down along the Dalmatian coast of Croatia into Montenegro, with a side trip to Mostar, Bosnia and Herzegovina, all places that I had been wanting to visit for years, but that (aside from a short trip to Croatia last year) I had never set foot onto.

As the date of departure approached, I started thinking about getting a new lens. During previous trips with my Fujifilm X system, I had used a combination of the 10-24mm F4, the 35mm F1.4, and the 55-200mm F3.5-4.8 lenses. All very fine lenses, but without much coverage of the essential, for travel photography, middle range of focal lengths. If I wanted anything longer than 24mm and wider than 55mm, I would have to use the 35mm and zoom with my feet and, generally, do a bit too much lens-jockeying.

So I resolved to get myself a midrange zoom, which either meant the 18-55mm F2.8-4 or the new 16-55mm F2.8 R LM WR. I am sure that, aside from the extra 2mm on the wide end and the extra stop of light on the long end, the 18-55mm would have been just as good, but when I saw the price difference between the two, I decided to go for the more expensive 16-55mm.

For about 300€ more I could get those two more millimeters (the difference between 16mm and 18mm is actually more than one might think), a fixed maximum aperture, weather sealing, superior autofocus performance and, supposedly, the very best optical quality.

On the negative side, I would have had to give up optical image stabilization and carry around more weight and bulk. Of the two, only the former really worried me. In the end, since I could afford those 300€ more, I bought the 16-55mm and this was the lens I used for almost all the photos I took during the trip. It was just so convenient that it mostly stayed bolted onto my camera most of the time.

What follows are some postcards from the locations we visited, along with some impressions about the usage of the lens and how it behaved in various situations. This is not meant to be a comprehensive review in any way. 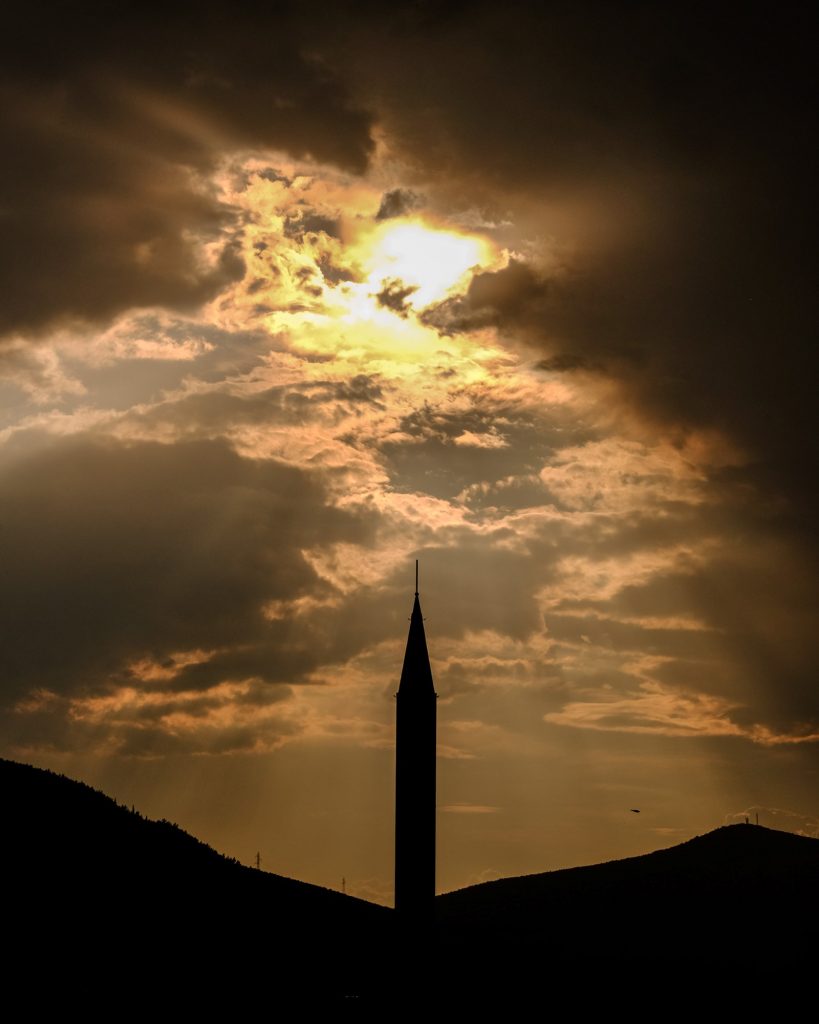 This scene presented itself in front of my eyes and I couldn’t resist shooting it, taking care to underexpose it in order to silhouette the minaret and maintain good detail in the clouds. Feel free to read any meaning you like into this one. 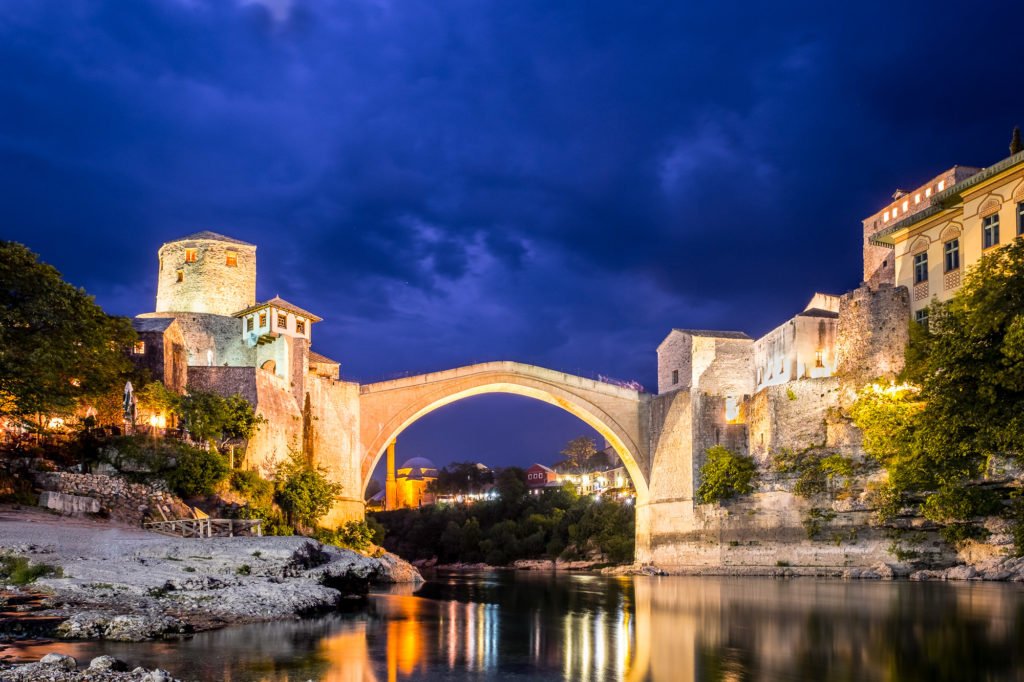 I had to leave my friends sitting at the dinner table and run down to the river bank to get this classic view of the Stari Most, the Old Bridge, but I knew I only had one chance.

You take the road from Kotor to Cetinje and, after 25 hairpin turns on a road where you have to throw your car almost against the stone parapet or into the ditch every time you meet another car coming down, you reach the most incredible viewpoint overlooking the Boka Kotorska, with a view that encompasses the whole bay, reaching as far as the Croatian coast and the open Adriatic sea. 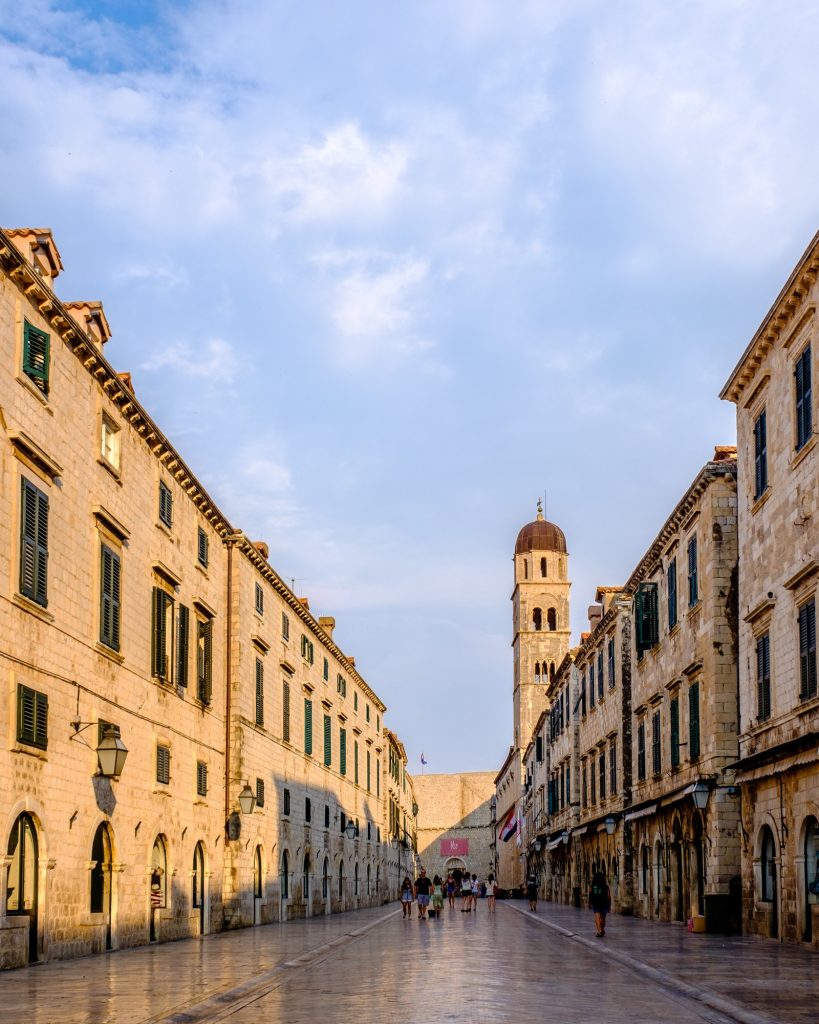 How do you avoid the huge throngs that invade Dubrovnik in the summer and get great light at the same time? Easy, you get up at sunrise, get your shots and return to the hotel at 7AM, in time for breakfast. Forget about doing it any other way. 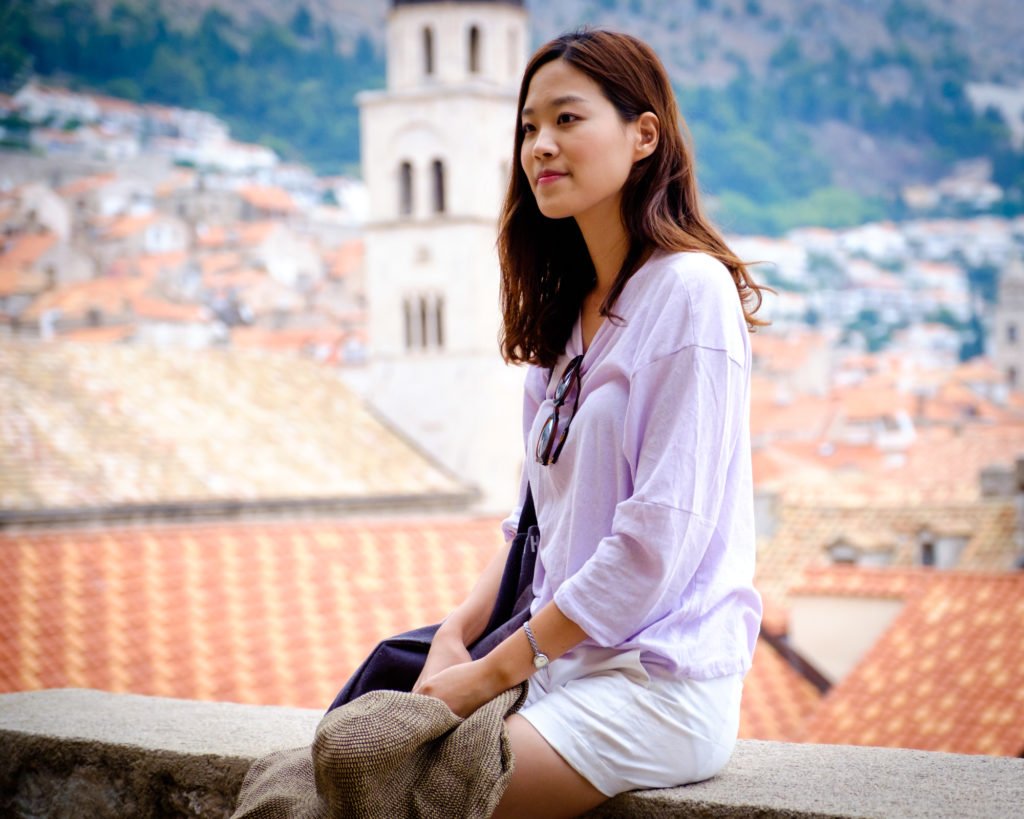 Why would one get an f/2.8 lens, if not for the bokeh? Here I was a bit too far from my subject (this is just a candid, stolen portrait, after all) to really throw the background off focus, but I like keeping just the right amount of context. If you want bokeh, with this lens you can have plenty.

I was lucky enough to catch this stunning sunset over the Jagodna bay. All the colors of the rainbow in a single image. 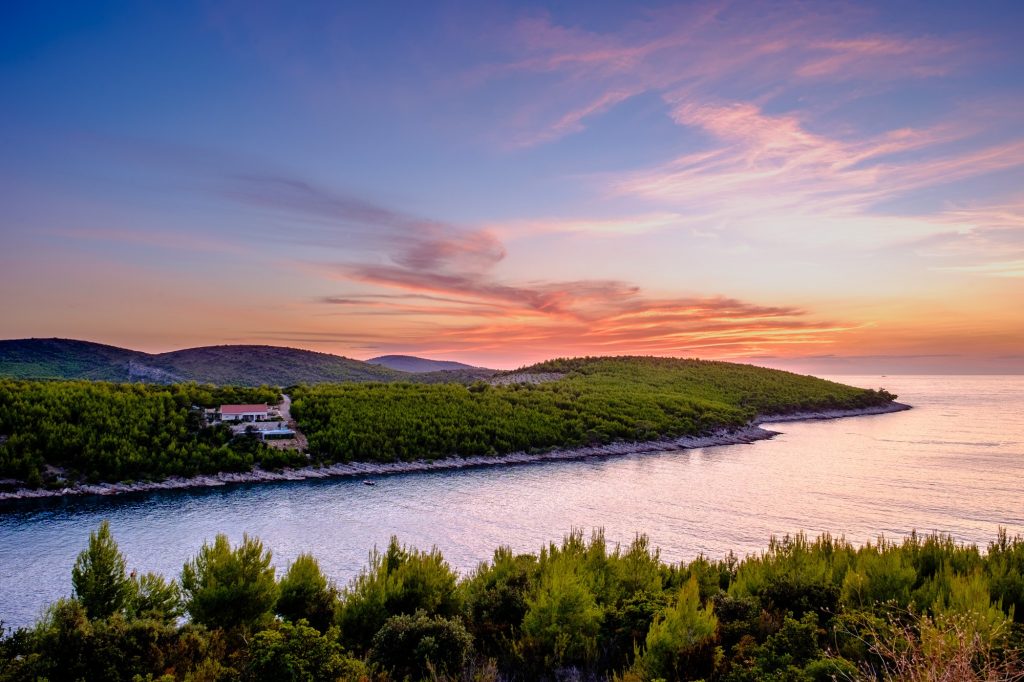 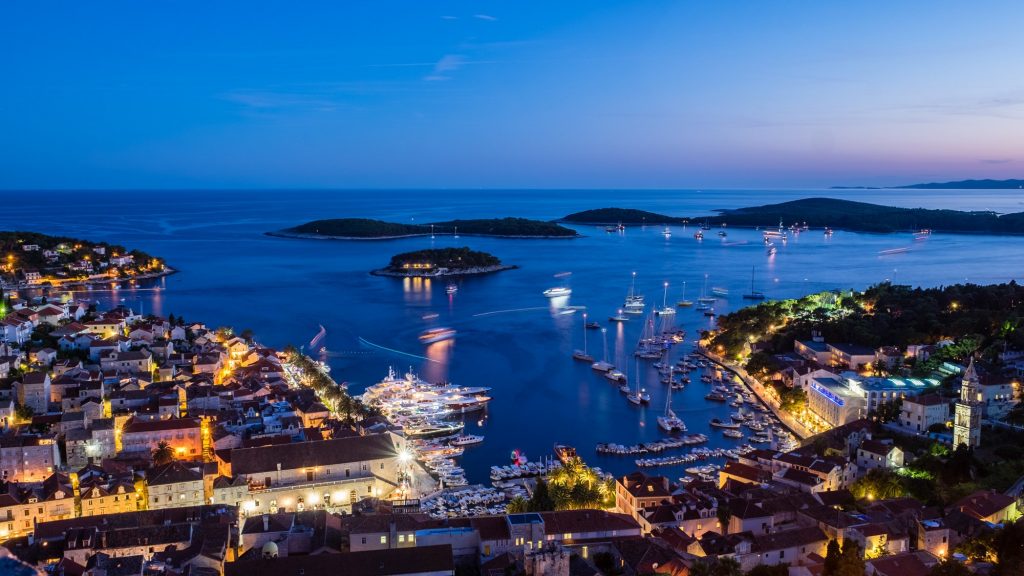 Hvar in the summer is a bustling city, with a constant traffic of boats going back and forth between the harbor and the Pakleni islands in front, where they had parties going on all night long. From the walls of the castle overlooking the town, they all look like toy boats. 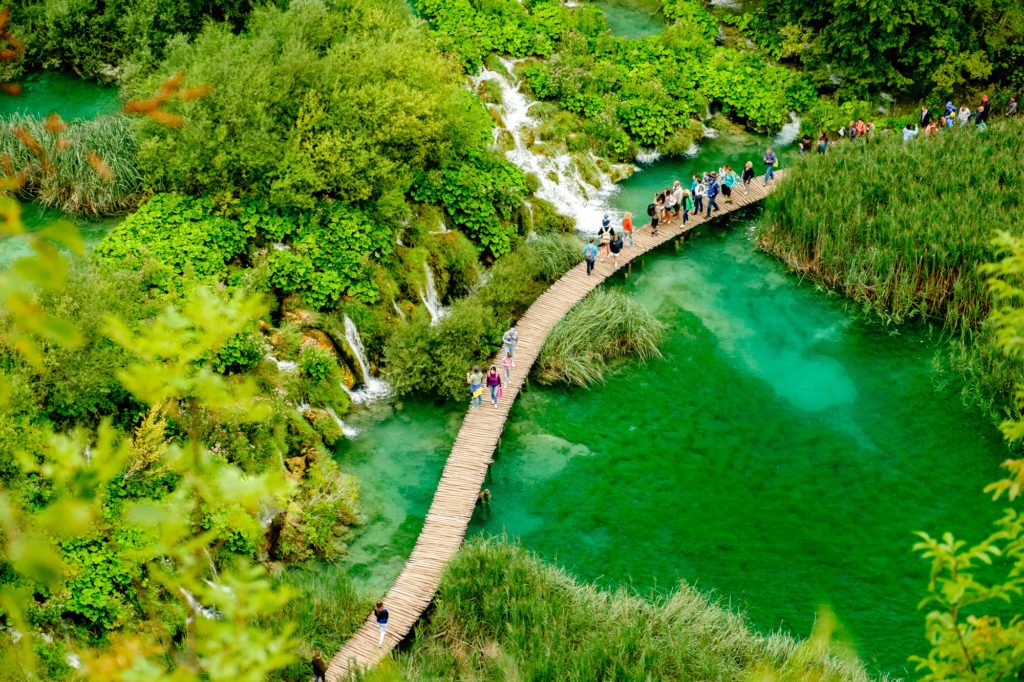 Photographing the Plitvice Lakes National Park is not easy. The biggest visual attraction is the huge number of waterfalls, which call for exposures a few seconds long, requiring the use of a tripod. Unfortunately, you can’t just put down your tripod wherever you want, as the public is mostly forced to walk along narrow paths and wooden walkways. The place can also be horribly crowded in summer. 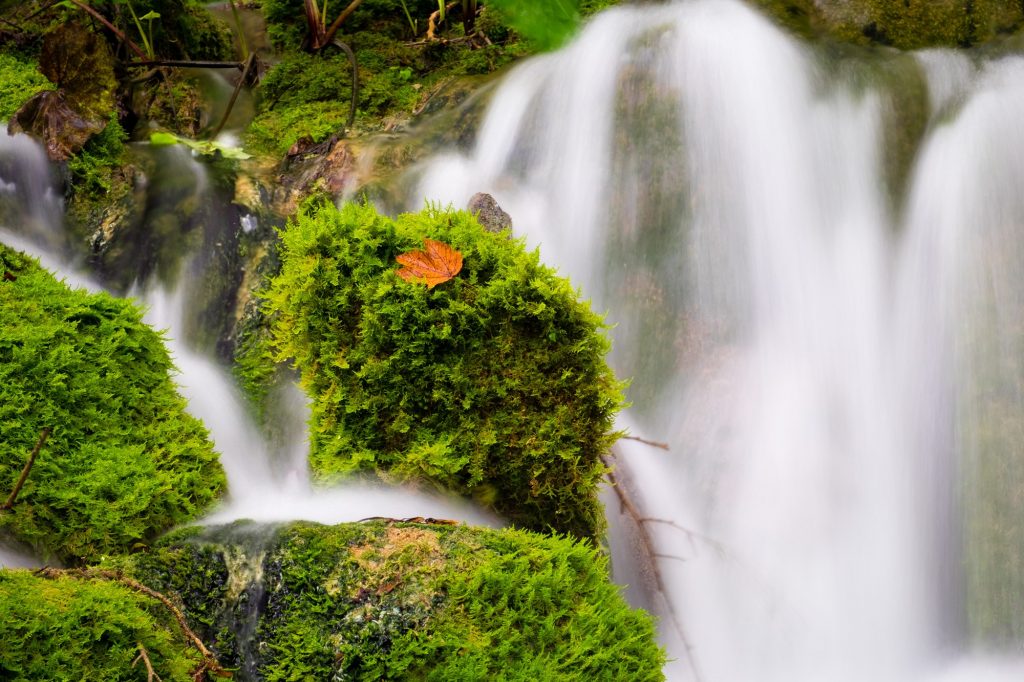 The solution is once again to show up as soon as possible (the park opens at 8.30AM) before the big groups arrive and be inventive. In some cases, I sat down on the edge of the walkway, with the legs of the tripod in the shallow water. If the weather is horrible, with grey skies, cold temperatures and a chance of rain, rejoice: many people will stay away and the light will just be perfect. If the sun is out, better leave the camera at the hotel. 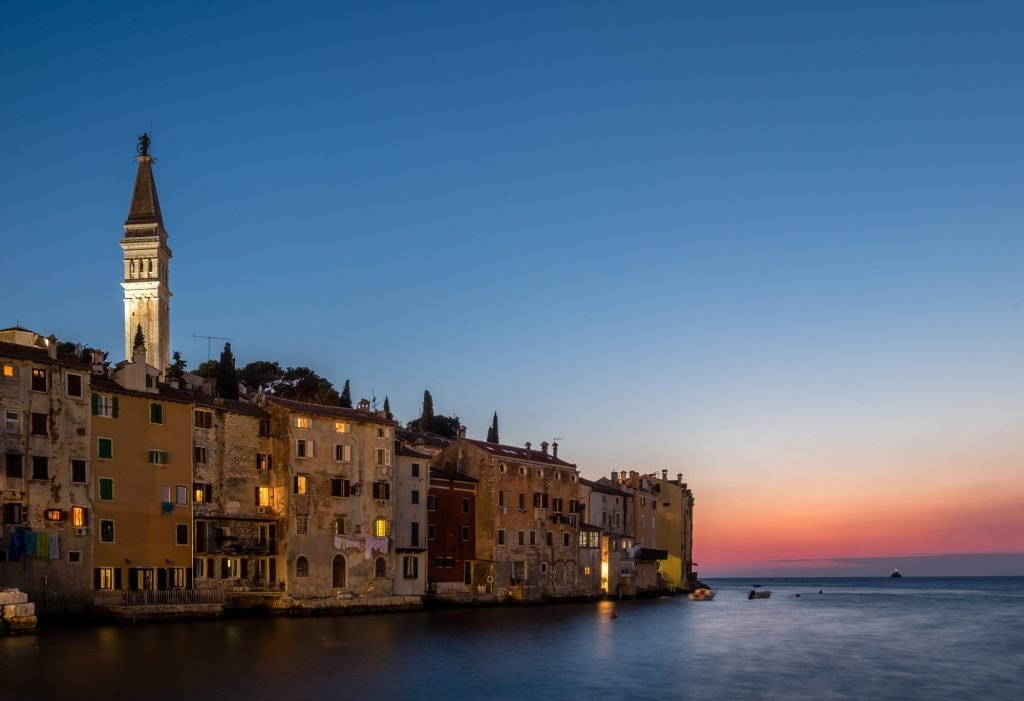 Dubrovnik and Trogir are very popular and therefore overrun with crowds of aimlessly wandering tourists, but Rovinj (or Rovigno, if you prefer the Italian toponym) is just as charming and not as packed. Being on a peninsula jutting out into the sea, it affords great views from two sides: north and south. 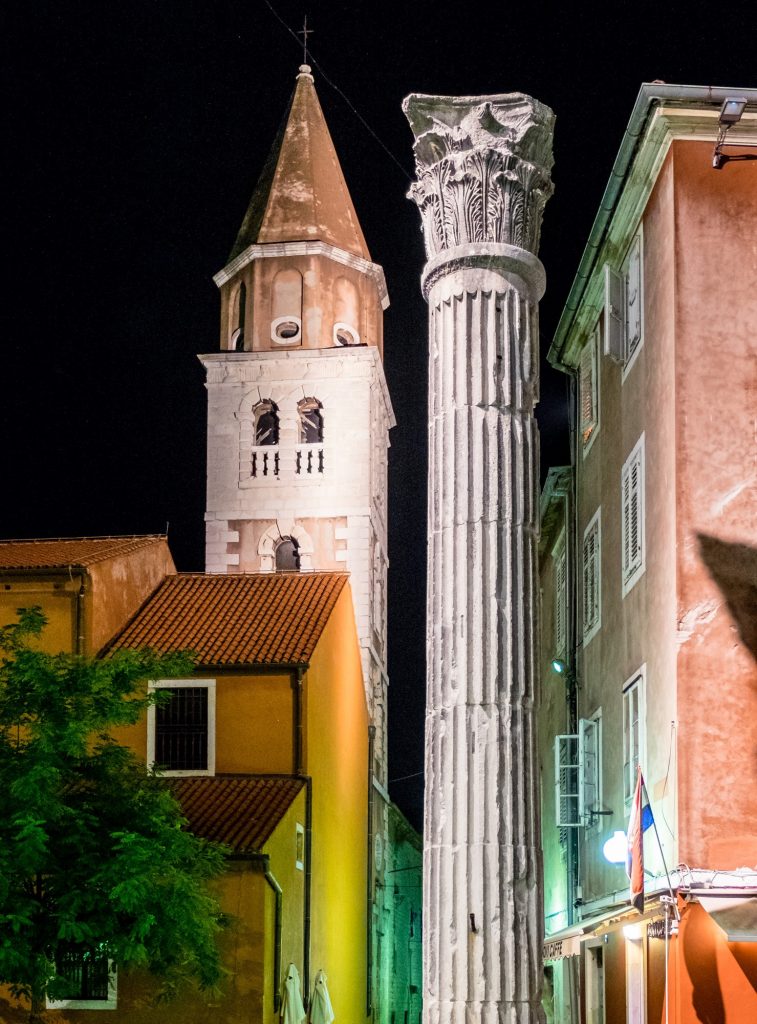 I was worried that, lacking optical image stabilization, hand-holding the 16-55mm at slow shutter speeds would have proven difficult, but employing the proper technique helps a lot.

I had great expectations from the Fujinon 16-55mm F2.8 and I must say it managed to even surpass them. It is an ode to sharpness, the colors and contrast are excellent, and the bokeh is smooth. I made no attempt to evaluate distortions or aberrations, as those can be easily corrected anyway.

I won’t say much about auto-focus performance and accuracy. As you can see, most of my subjects are quite static, so they tend to pose very few problems in the AF department. All I can say is that focusing always seemed to me to be snappy and accurate.

Make no mistakes, the lens is quite bulky, when compared to the other Fuji zooms, but a constant f/2.8 maximum aperture requires a good amount of glass. On the X-E2 with an additional hand-grip, it feels quite balanced. If you are worried about carrying it around your neck for long hours, get a sling strap, like my BlackRapid, which makes carrying every camera a breeze.

As for the Balkans, I had great expectations about them as well and they too didn’t disappoint. Visually amazing and varied places, nice people, and great food. I am seriously considering adding a tour of the Dalmatian coast to the list of my tour offerings, in addition to the ones I already do.