I have ambivalent feelings about Ios, the second island of the Cyclades Archipelago we visited during our latest tour of Greece.

On one hand, it is touristy, with too many tacky restaurants and shops in the streets around the port and near the main square. On the other, it offers some impressive views of its bays and the islands nearby from the road that runs atop its mountain divide.

Photographing the Chora (main village) at sunset from the hill in front of it.

It took us some time to find the perfect spot to photograph it and we had to climb a stone wall, clamber amidst some spiny bushes and rocks, and stabilize our cameras in the face of strong winds, but finally we got the shot we had come for.

What I had in mind was an image that Elia Locardi had taken recently of the same place, but I wasn’t sure exactly where he had put his tripod down. In any case, I was looking to get a shot of the same scene, not to replicate exactly his one. As luck would have it, I ended up pretty much in the same place. How cool is that? 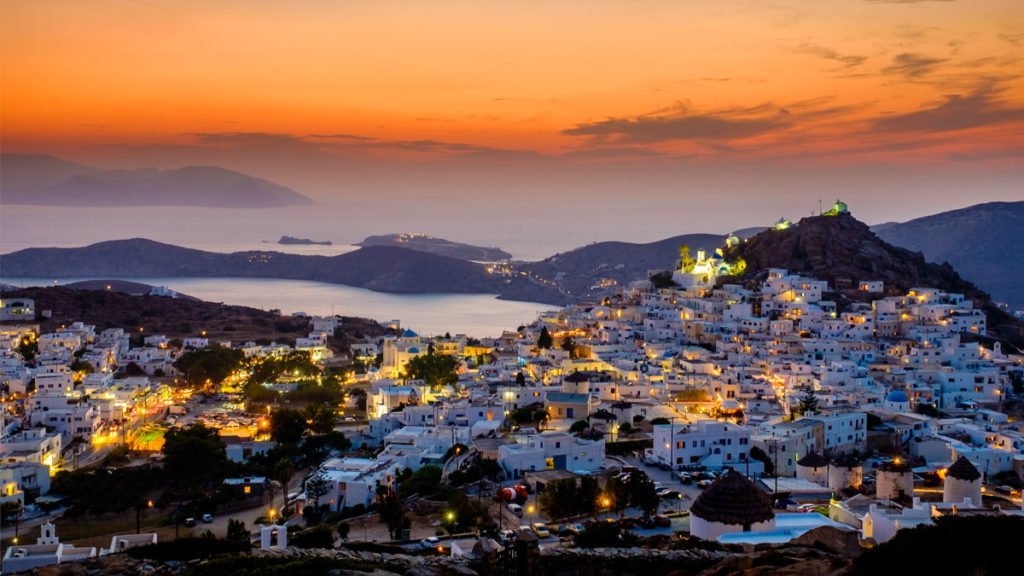 The narrow streets of the old town, at least in those parts that are not just one souvenir shop after a restaurant after a souvenir shop. 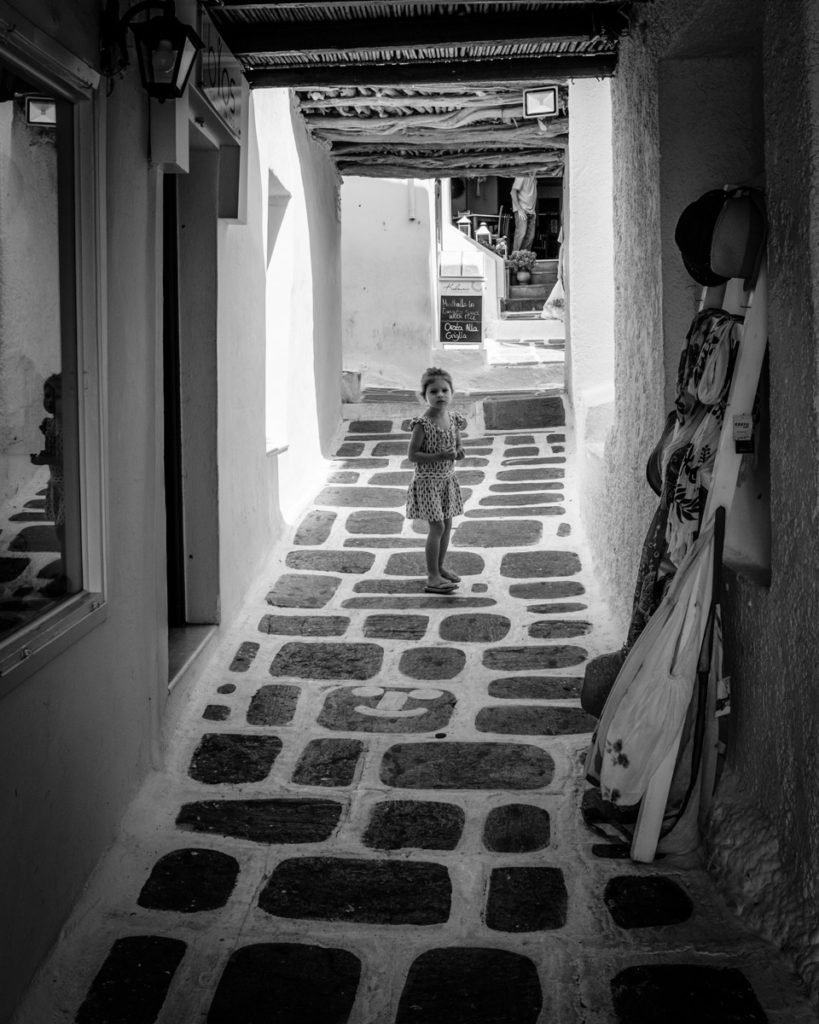 The streets of Ios 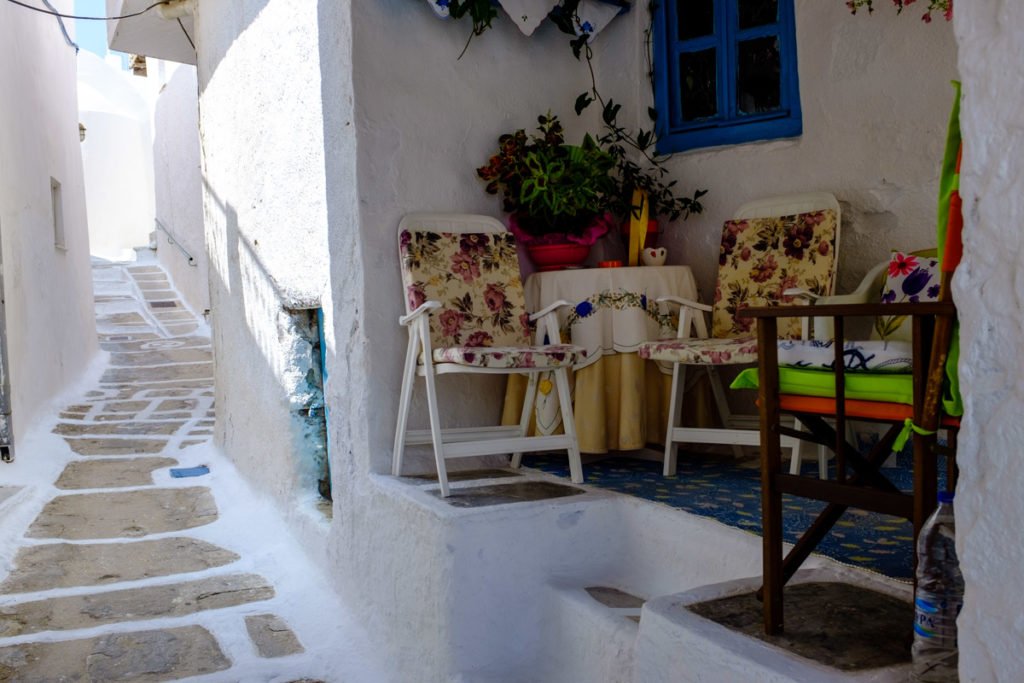 The streets of Ios

The Church of Panagia Gremiotissa, with its immaculate white walls and deep blue dome, standing majestic against a similarly blue and white Greek summer sky. The view from the hill where the Panagia and three other smaller churches are is superb. 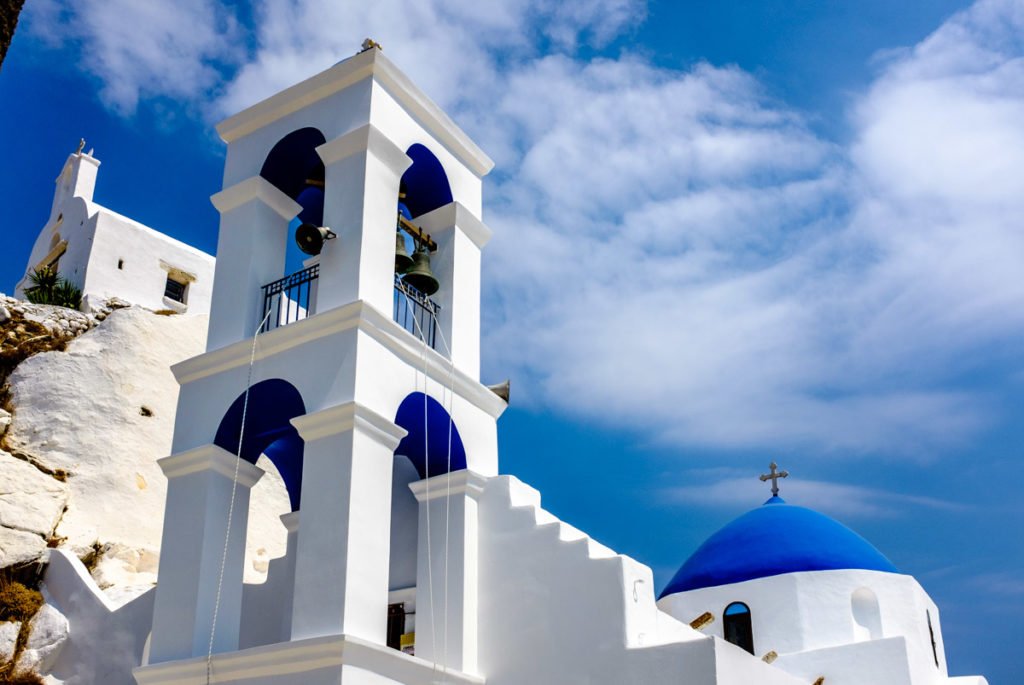 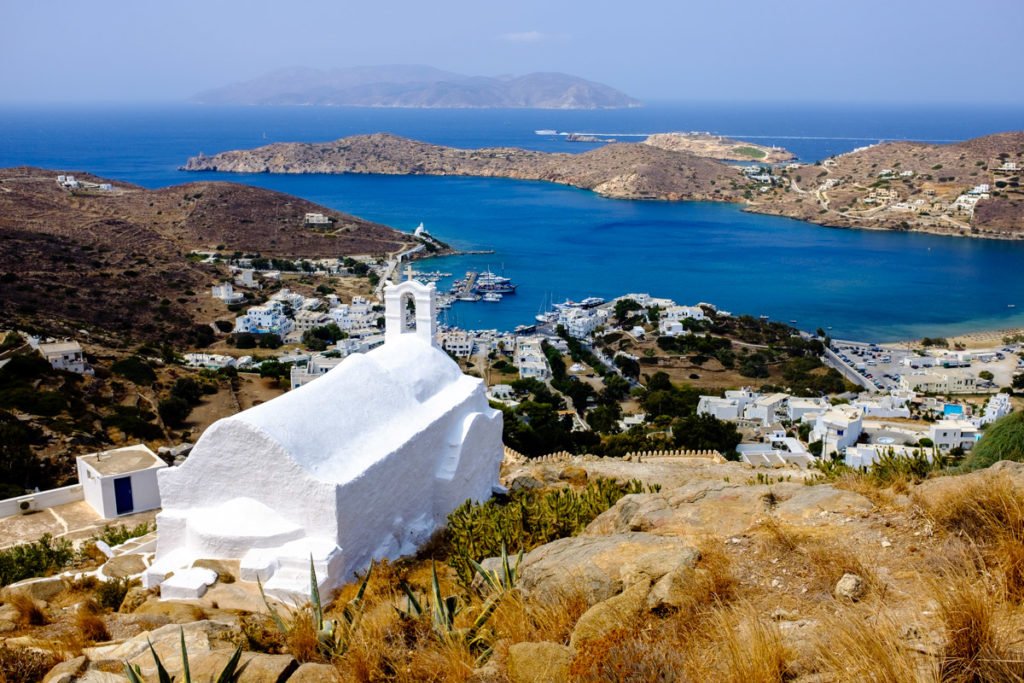 The beach at Manganari. You’ll find lots of people there, but it’s huge, so it’s always possible to find a quiet spot, the sand is fine and the waters are crystalline. 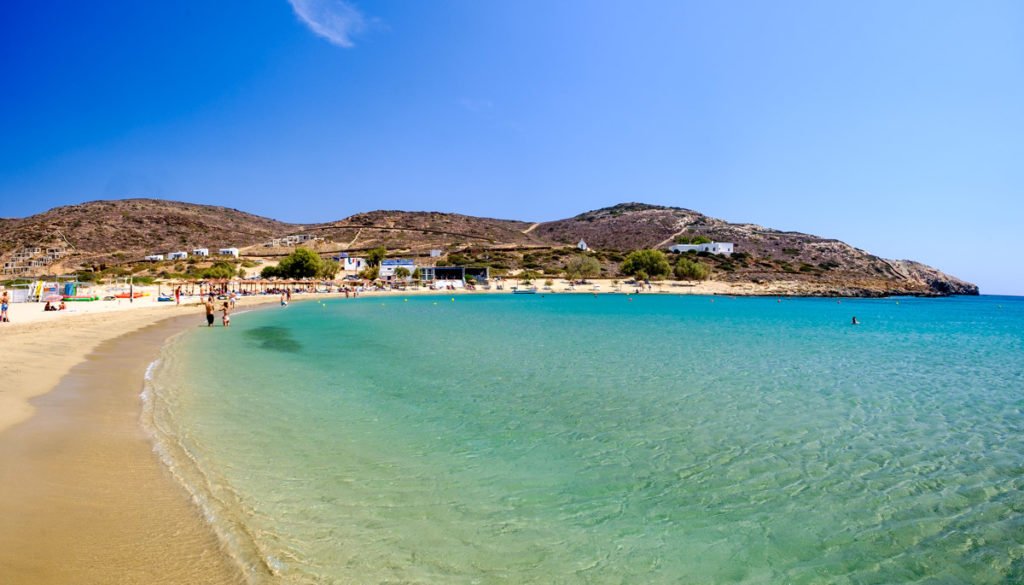 It’s a bit unfortunate that we hadn’t more time to explore Ios, because I’m sure we would have been able to find some more to enjoy. The sunset we had while we were leaving the island on the ferry was the most spectacular one we had in the whole trip. 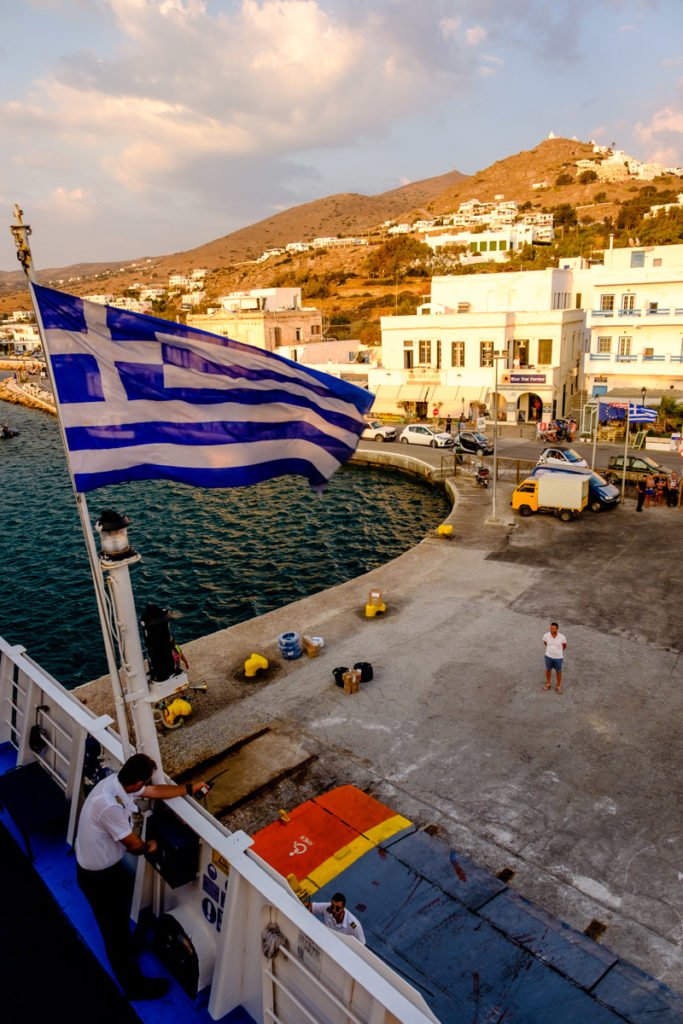 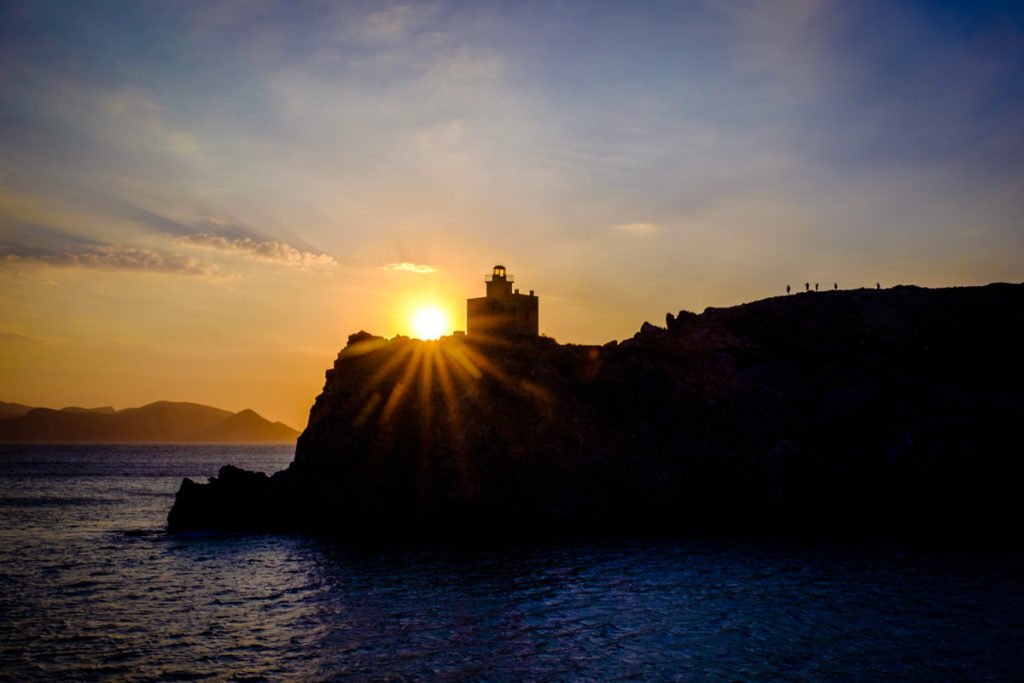 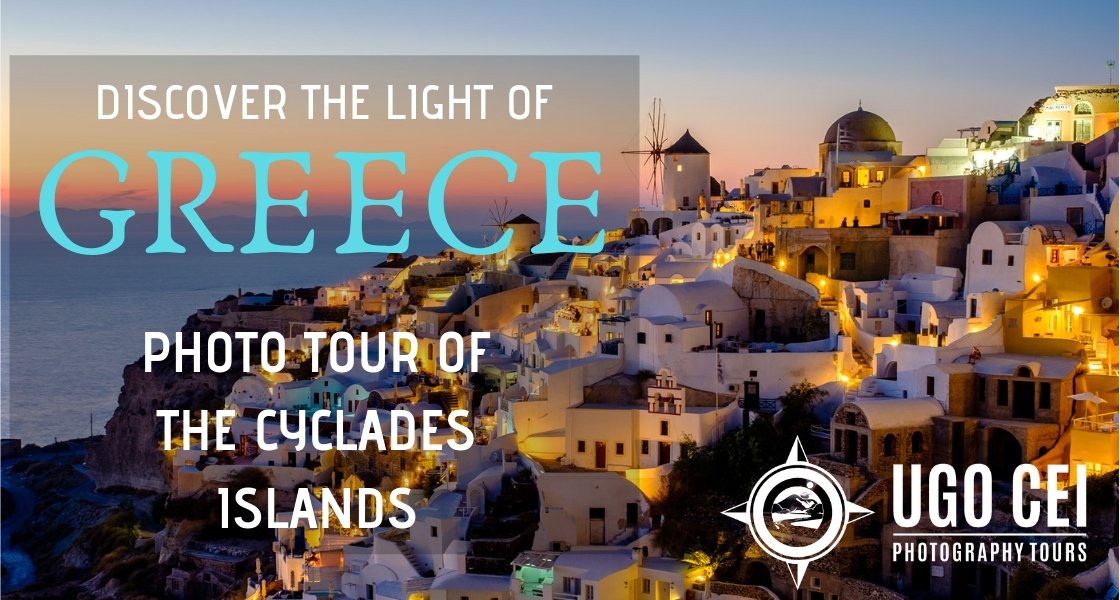