This was another one of those serendipitous discoveries. Me and a friend were driving up and down the hills, trying to find the exact location of an image I had seen online a few days earlier. While we did find the spot, we couldn’t get much out of it. First, our main subject, a castle, was quite distant and there was a thick haze in the atmosphere, making it very hard to see it. Second, clouds on the horizon were blocking the sun, so the light was very flat and uninteresting.

The photo below, minimally processed out of camera, should be enough to give you an idea of the conditions. 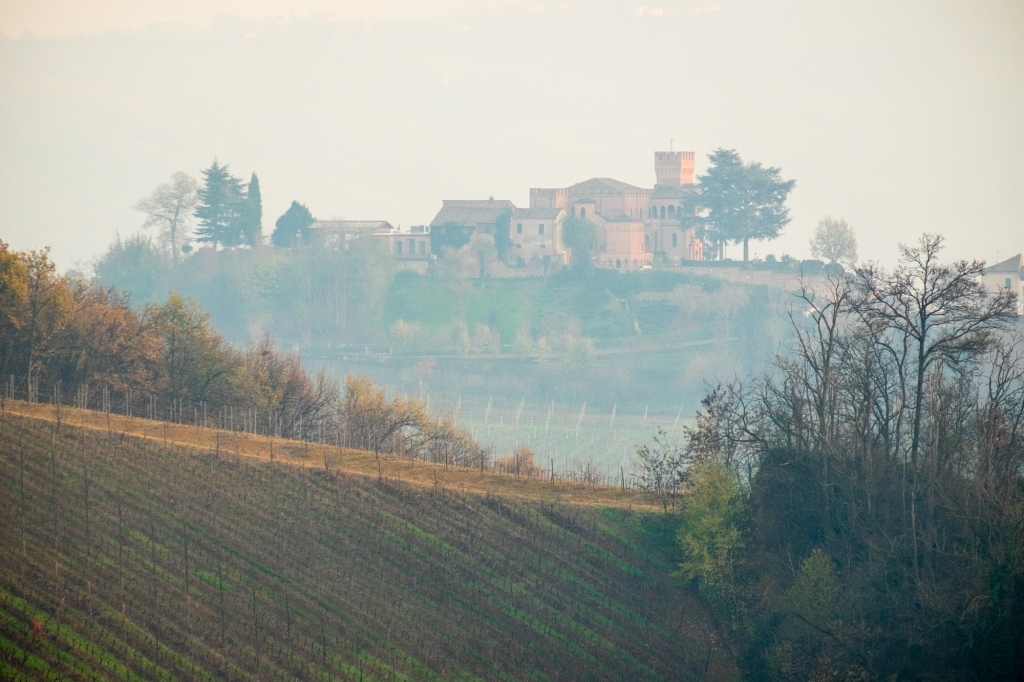 So we decided to drive back along the road we had come from, as I had previously noticed this lone church atop a small hill and thought it could be an interesting subject. As we were trying to find the best angle to shoot it, walking across fields strewn with mud, the clouds opened up in the west and, as the sun was setting, the sky started turning pink.

It would have still been a so-so image, however, if a few minutes later they hadn’t turned on some floodlights on the church, making it really stand out against the quickly darkening landscape. At that moment, I knew I only had a few minutes to find the right composition before the ground becoming too dark and the sky losing all its color.

This is like a moment suspended in time and you had to be there at the right place and at the right moment to experience and record it. 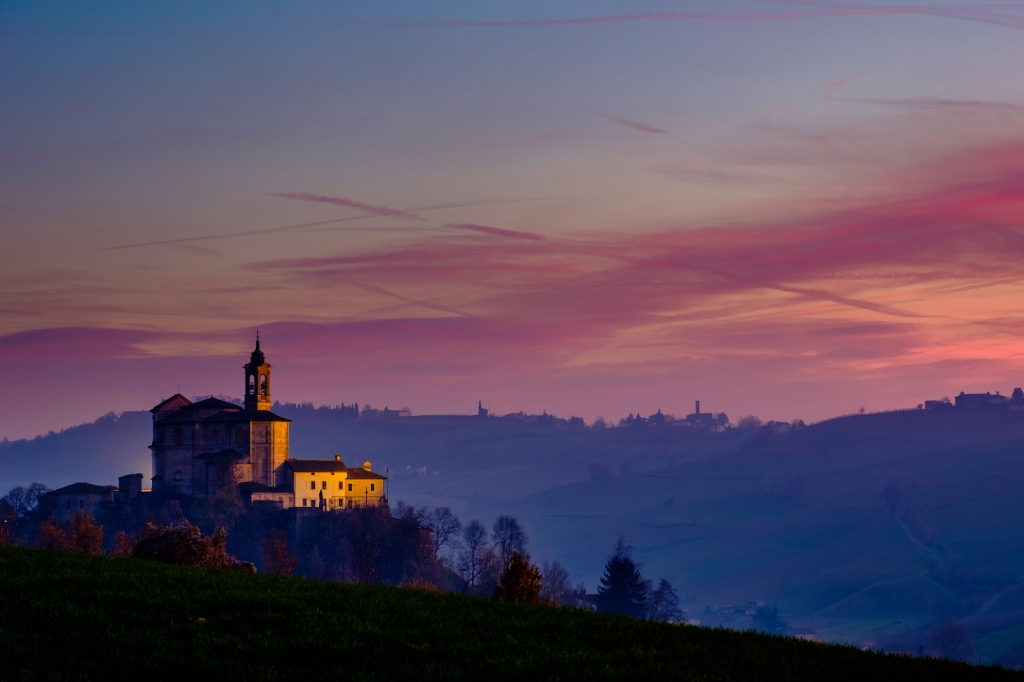