What would you do if your national team was playing an important football match and you lived in a country where football (soccer for you Americans) is akin to a religion?

Well, I don’t know about you, but me and a couple of friends decided to go out and take pictures, instead of watching the match.

What we wanted to do was to visit and photograph The Floating Piers, the latest installation by Bulgarian-born artist Christo. Check the link above, if you haven’t heard about this, but for some mysterious reason, walking on the saffron-covered, floating footpaths has become an unmissable experience as of late and the small towns on the Iseo Lake that are connected by the piers have been invaded by huge crowds. The thing has become a popular happening and I’m not sure what it has to do with appreciation of contemporary art, but whatever.

We decided to go on the day of the Italy v. Spain match for the Euro2016 tournament, thinking that many people would rather stay home and watch Italy play, but we probably underestimated the general public’s appreciation of art. As a consequence, we left too late, thinking that getting there would have been a breeze. How wrong we were!

Plan A envisioned reaching one of the nearby parking lots and catching one of the shuttle buses that ferry people in and out of the area 24 hours a day. Unfortunately, when we got there, we soon learned that the area was already congested, so shuttles were only used to get people out, but they had stopped carrying more people in.

Time for plan B, which involved driving a bit further on the road circling the town of Sulzano, instead of the one going straight through it, headed to one of the parking lots along the former. That meant having to walk 1km down to the lakeshore and then back on a steep path, so we figured not that many people would want to do that. Again, we were being too optimistic and underestimated the sacrifices people do for the sake of art. In short, all the lots were already full.

As for plan C, well, we didn’t have a plan C, so we improvised. As luck would have it, as we were driving further north, we happened to go by a railway station, where a train was on the tracks, waiting to go south to Sulzano. This was the bout of luck we needed and we immediately boarded the train, which finally brought us to destination.

At this point, it was quite late and the piers were about to shut down for the night. Our original plan to first do a walk on them and then find a vantage point to get a photo of the installation from on high at sunset had to be scrapped. We decided to split: one of us would go on and the other two would aim for the sunset shot. It took us a few minutes to find a good enough location and the light was already fading, the sun having set at least half an hour earlier.

I will spare you the details of how we got back to the car, suffice to say that it was almost 2AM when I hit the bed. At least, I got a couple decent images. Maybe you will enjoy them more, knowing what it cost me to get them. 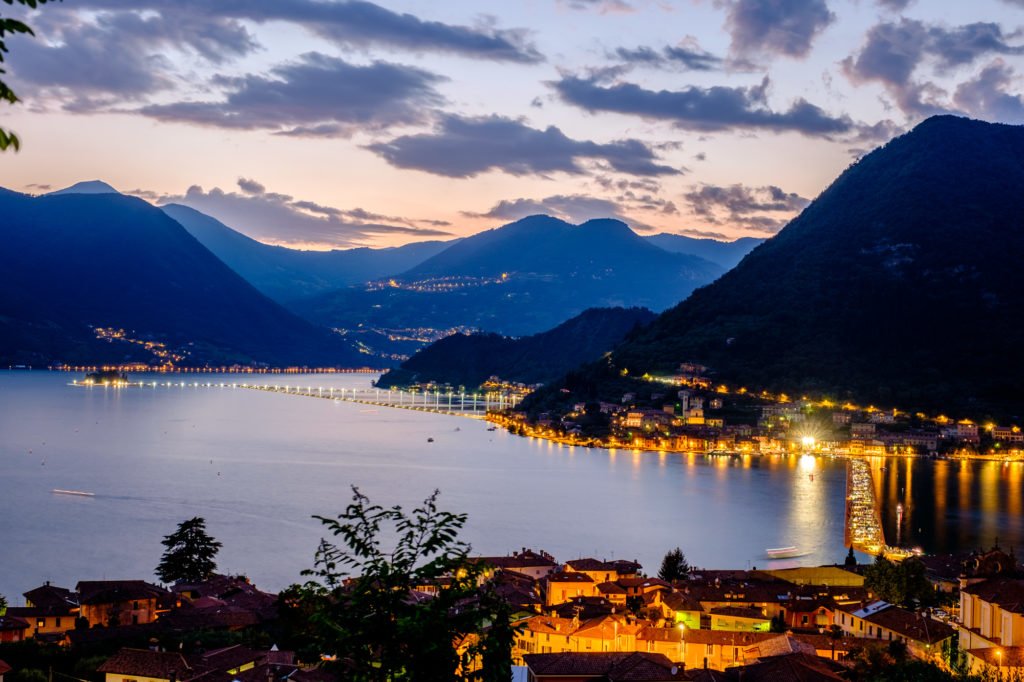 A general view from above of the Floating Piers area on Lake Iseo, shot at 30mm. 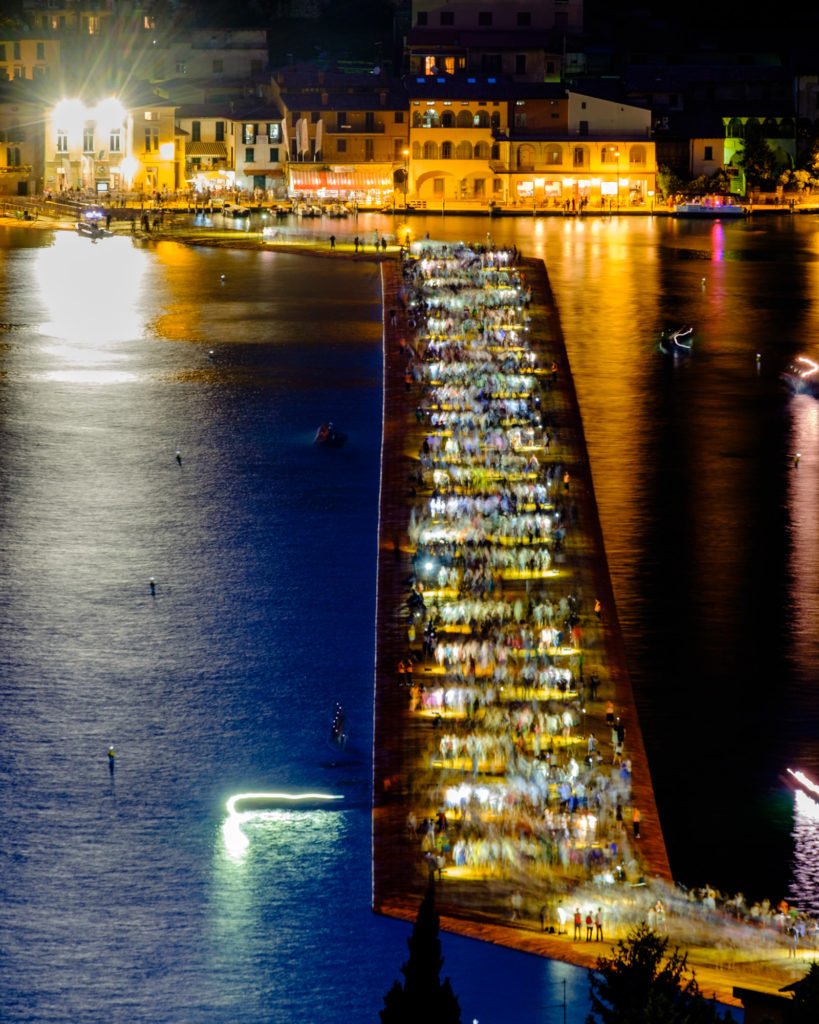 Detail of one of the piers, crowded with people, shot at 200mm.