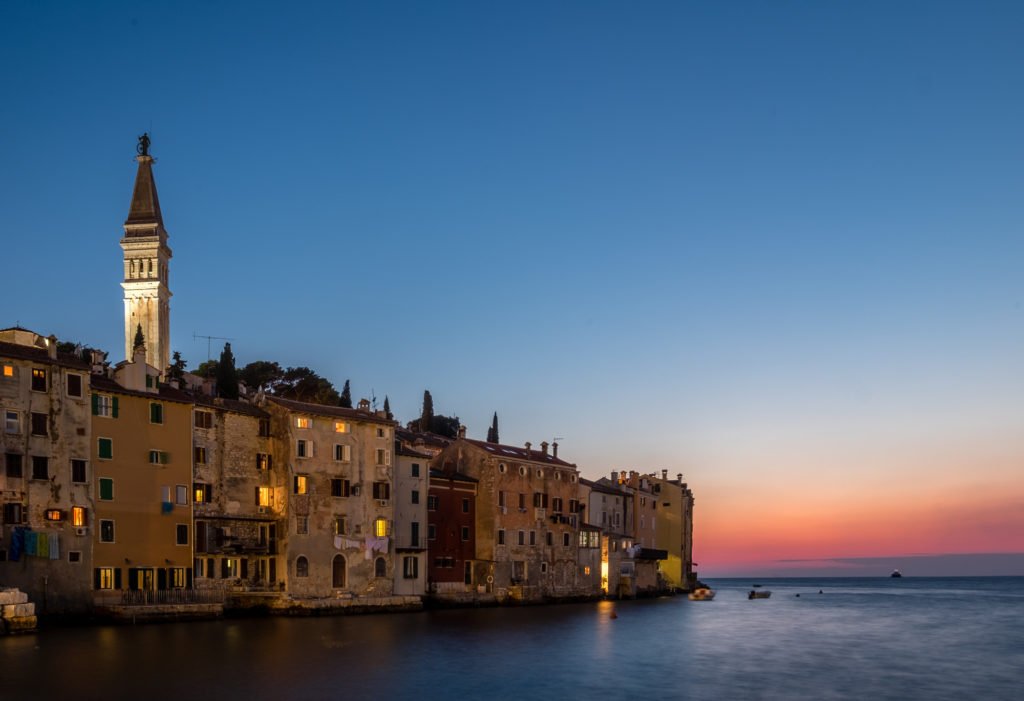 Ah, Rovinj, what a magical place, with the old city jutting out into the Adriatic sea and the slender, Venetian bell tower of St. Euphemia’s Cathedral. Too bad I was there only for one day, but I left a piece of my heart on its narrow, stone-paved streets and I will be back one day.

I took this image on the same evening that I took “On The Edge Of Darkness”, only a few minutes later, when the sun had already set, the city lights were starting to come up, but a deep orange color was still lingering on the horizon, to the West. I had actually envisioned this shot weeks in advance, so I knew exactly when and where I needed to put down my tripod.

I took a bracket of three exposure, as I usually do in similar conditions, when there is still plenty of light in the sky, but the ground is already quite dark, especially when it’s facing away from the sun. My Fujifilm X-E2 actually has enough dynamic range that bracketing was not really needed here. The final image is an HDR, but it doesn’t really look like it could be one.

Since my camera was tilted upwards to include the top of the bell tower in the frame and I was using a wide angle lens (17mm focal length) I had to apply some correction in post to make the verticals straight again. Very easy with Lightroom.

The middle exposure, straight out of camera, is below. 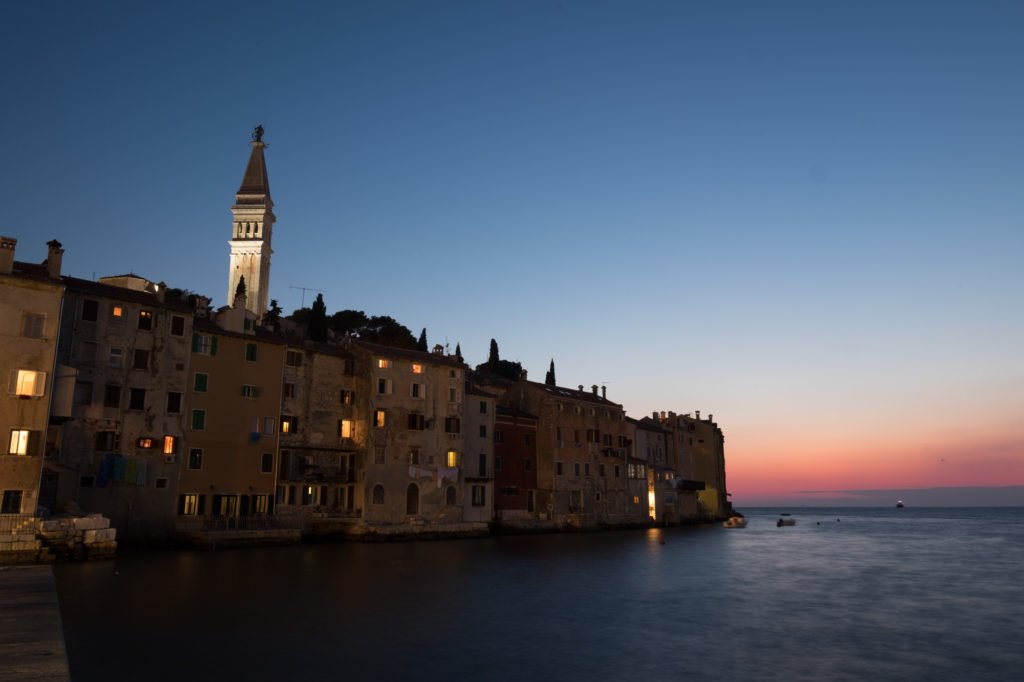