A few days ago, I was reflecting on my progress as a photographer during the last few years and how my choice of cameras was influenced by the need to get better images with more consistency. These reflections led me to browse my old archives, looking for images that would exemplify my status at a given point in time.

I have somewhat arbitrarily decided to choose and present to you one image for each of the last eight years, with the added criterion of showing as many different countries as possible. Photography, for me, is inextricably tied to travel, so I wanted to include each of the five continents (Europe, Africa, Asia, North and South America) at least once. This means that each image is not necessarily what I consider the best image I took on any given year, but is somewhat representative of a part of the world and of the results I was obtaining with the equipment I had at the time. 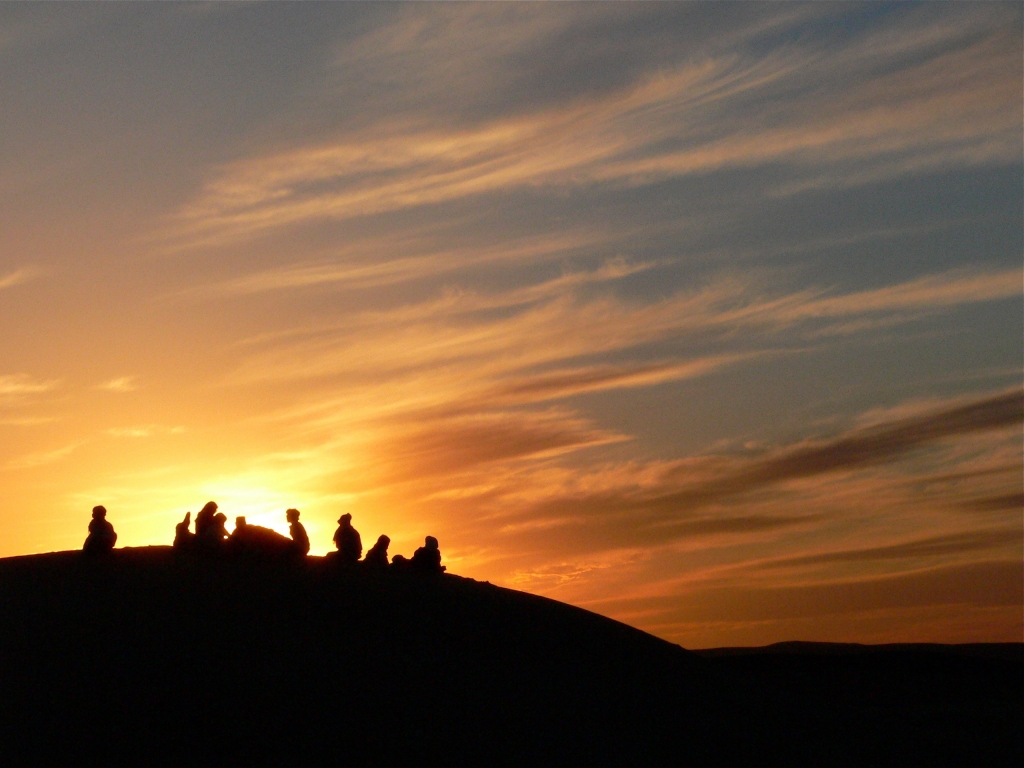 2008 was the year when I started getting really serious about photography. Three years earlier I had bought a Panasonic Lumix DMC FZ-20, a superzoom bridge camera with a whopping 6MP resolution. The reason that made me chose that camera was its Zeiss lens with a constant maximum aperture of f/2.8 across the whole zoom range. That and having a real viewfinder, instead of forcing me to frame shots using the LCD.

Aside from the lens and the EVF, the camera didn’t have many other qualities. It was slow as molasses and you just couldn’t use it above ISO 400.

In 2008 we took our first trip to Morocco and one afternoon, on the sand dunes of Merzouga, I took this photo at sunset. This was probably the first photo that I really liked and that made me understand that I could take nice pictures, if I worked hard at it. 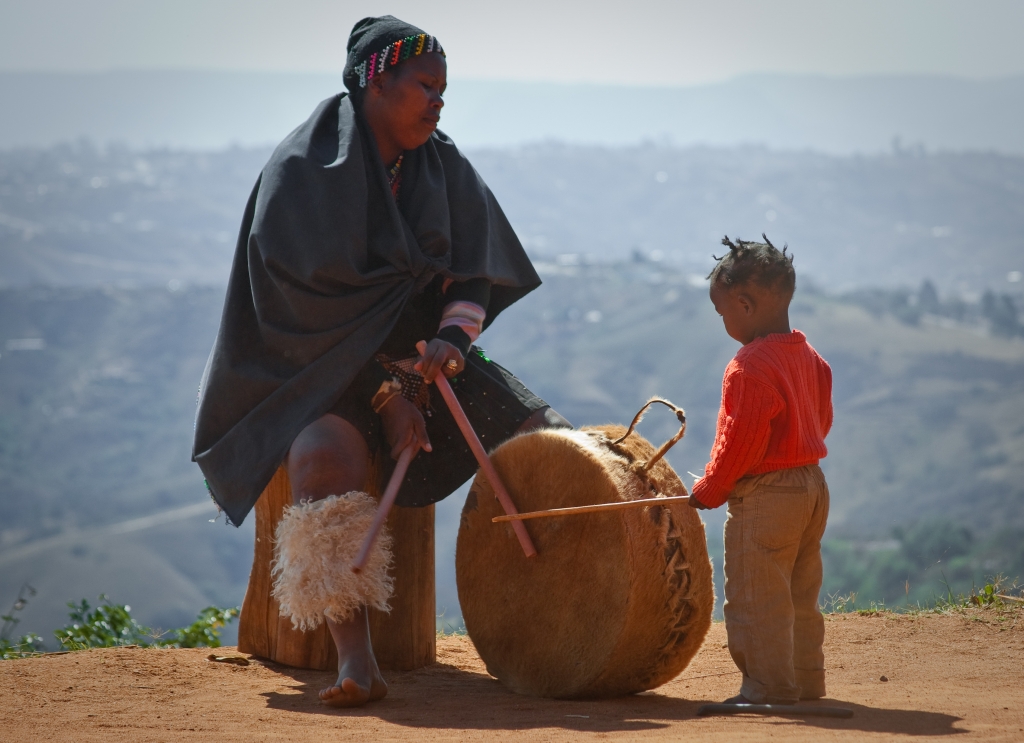 I soon realized how much the FZ-20 was limiting me, so not long after having taken that photo in Morocco, I graduated to a DSLR, in the form of the Nikon D60. In a few months, that camera came with me in Turkey, Normandy, and South Africa.

The nicest thing about the D60 was its ability to use old Nikon F-mount lenses, of which I had a few from my film days. 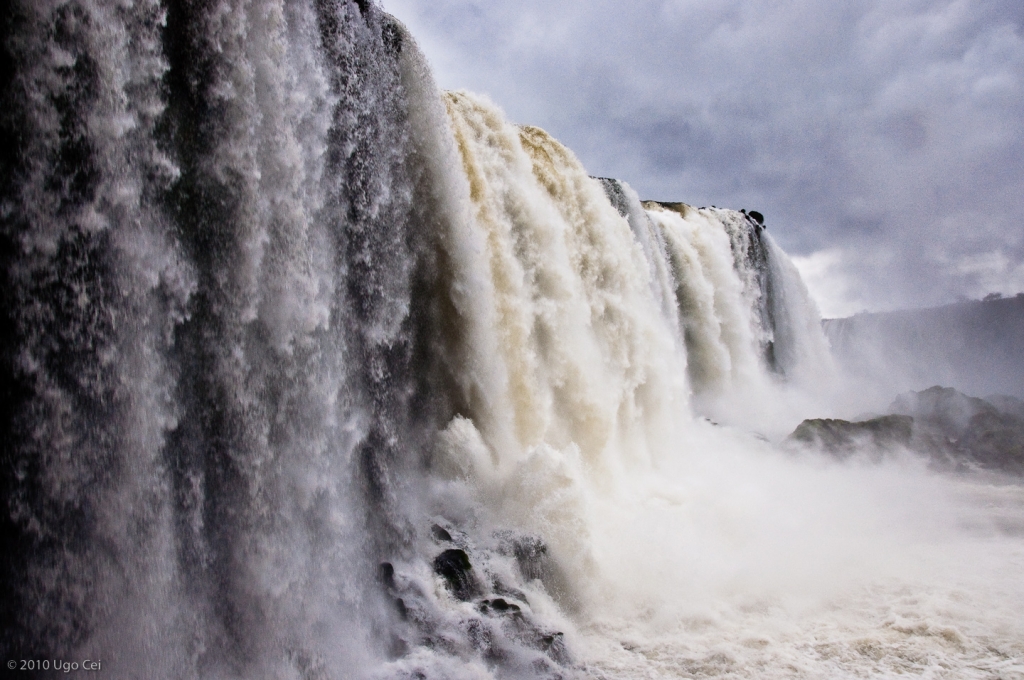 While the D60 was a nice camera, I felt like I needed something a bit more professional, with more flexibility and control, so after a couple years, I upgraded to the Nikon D90, probably one of the best prosumer DSLRs ever made by Nikon.

In that year, I took the D90 with me on various voyages, including one to Brazil. While the D90 is not weatherproof, it performed admirably under the spray emanating from the Iguaçu waterfalls. 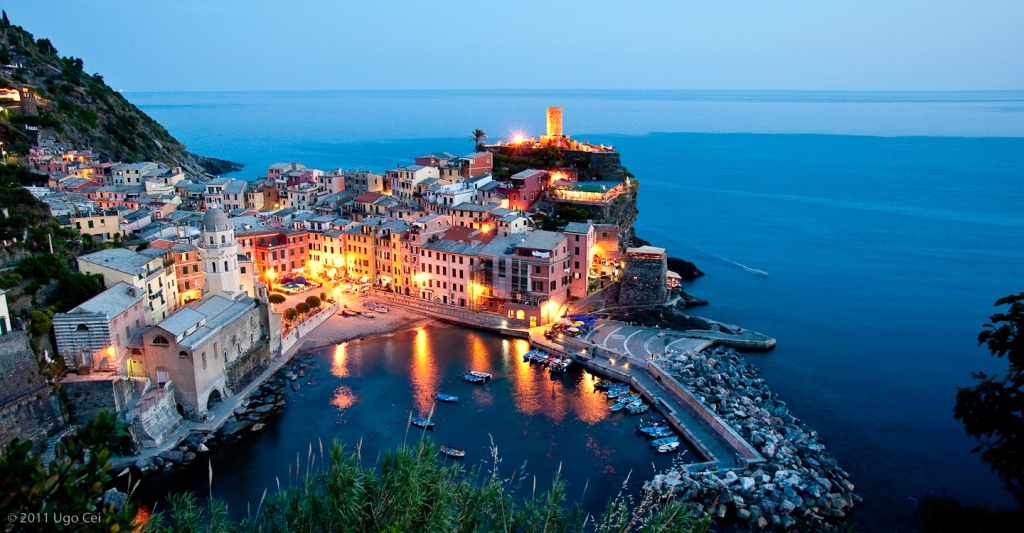 The year 2011 saw me still with the D90, here employed to take one of my most popular images in Vernazza, Cinque Terre.

I spent a lot of time that year learning about how to use flash and used the D90 to shoot my one and only wedding. 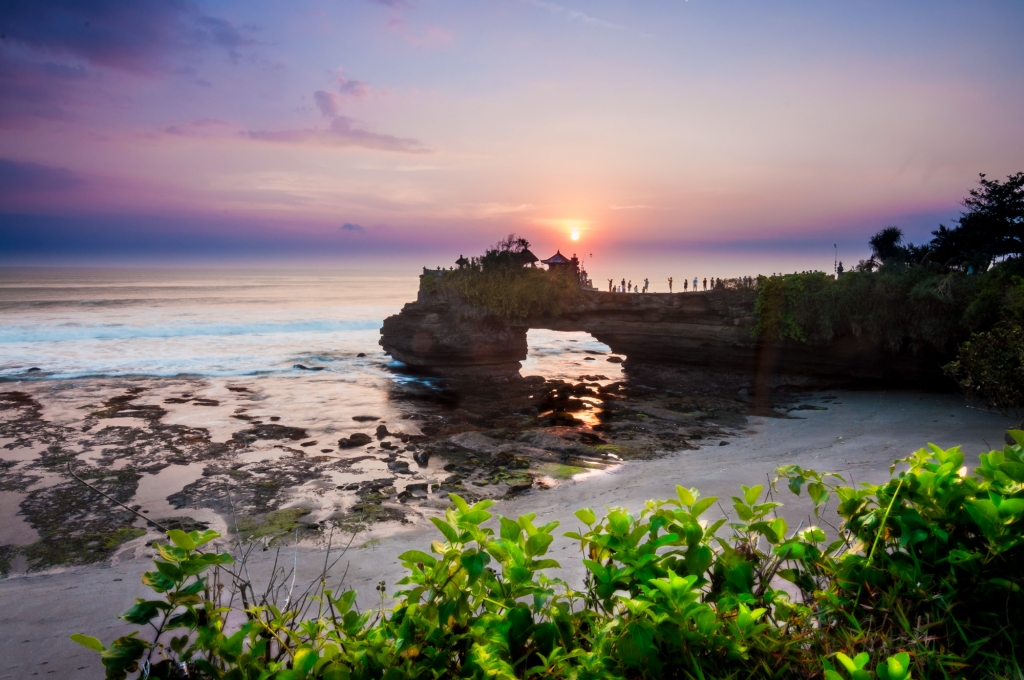 The highlight of 2012 was a journey to Indonesia, a country I fell completely in love with, still with the D90. By then, I had acquired a set of good lenses, including the formidable Tokina 11-16mm, which made me start loving ultra-wide angle perspectives. 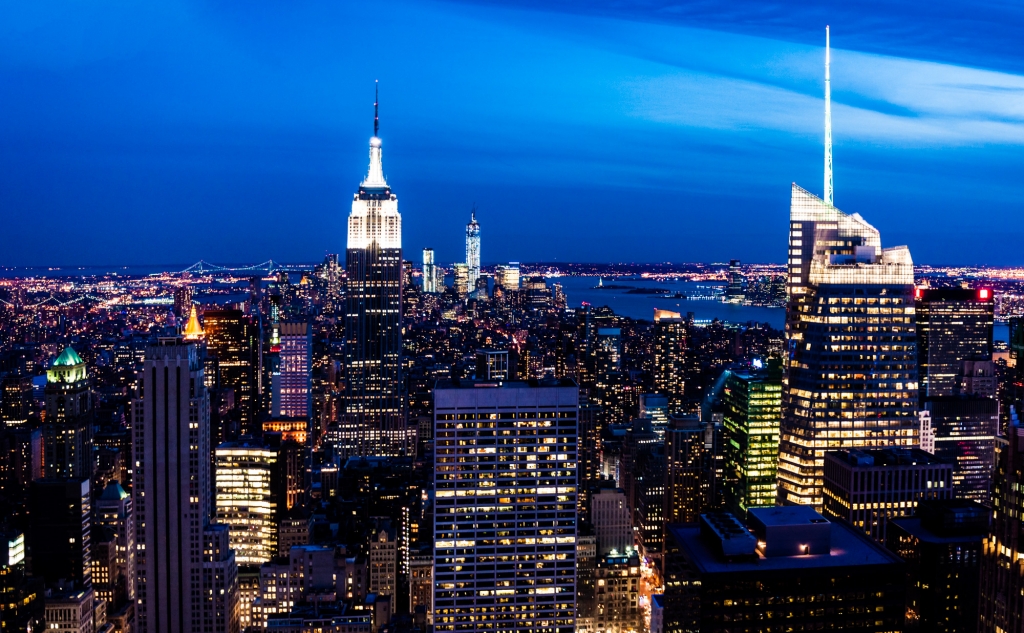 By the start of 2013, it was time for me to upgrade again and was pondering whether to get the D7000 or switch to full-frame with the D600.

I was still pondering in April, when I went to New York, but I kept reading rave reviews of the Fujifilm X100 and then of the X100s. I reasoned that, instead of upgrading to a better DSLR, that would have made me take the same pictures as I was taking before, the small Fuji, with its fixed 23mm lens, would have pushed me to try new things. 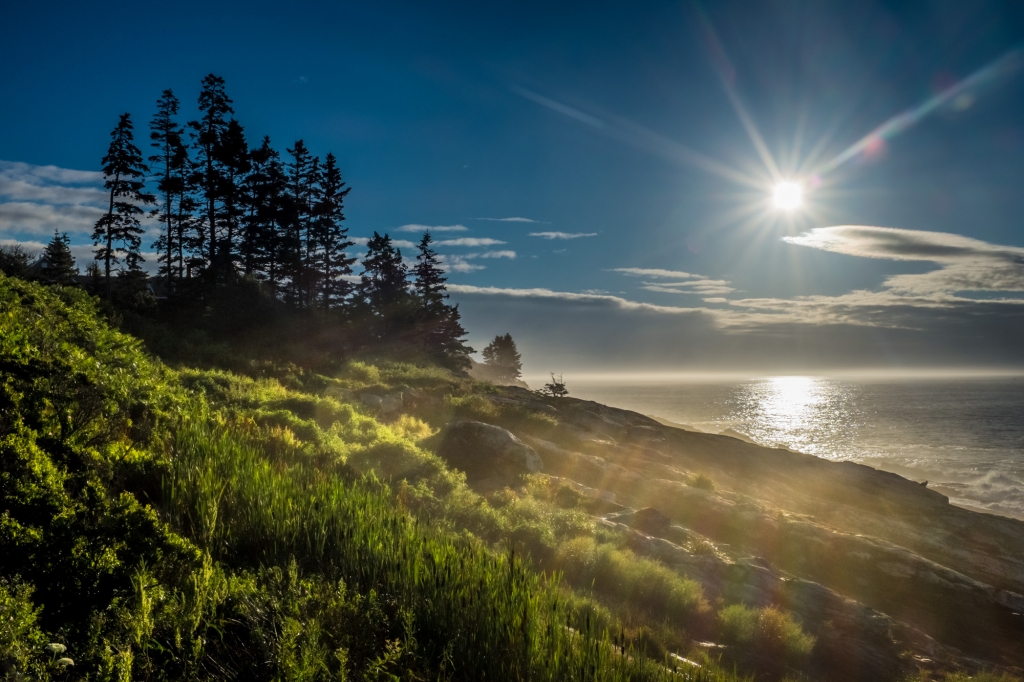 Later that year I took a trip to Boston and Maine, carrying the trusty D90 and its lenses, but having left a small corner in my backpack for the Fuji X100s. I would usually go to places like Pemaquid Point, pictured above, set the Nikon on the tripod and, while I was waiting for the right light, snap photos of the surroundings with the Fuji. 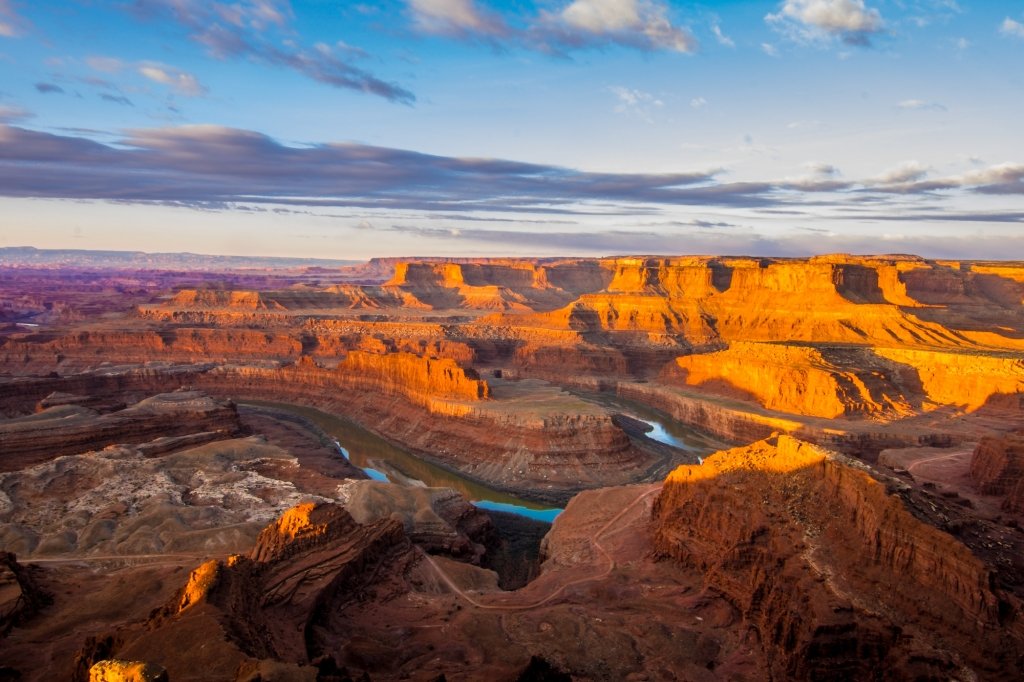 The experience with the X100s made me really appreciate the image quality of the X-Trans sensor and the ease of handling of the Fujis, so by the end of 2013, I had switched over completely, bought an X-E2 and sold my D90.

The true test of the X-E2’s qualities came with an exploration of southern Utah in March 2014. Having got a Nikon F adapter for the Fuji X mount, I was still able to use my Tokina 11-16mm for landscapes like the one above. This was a real bonus, as Fuji hadn’t yet released an ultra-wide angle zoom.

Later that year, Fujifilm released the 10-24mm zoom and I immediately acquired one, relegating the Tokina on the shelf. 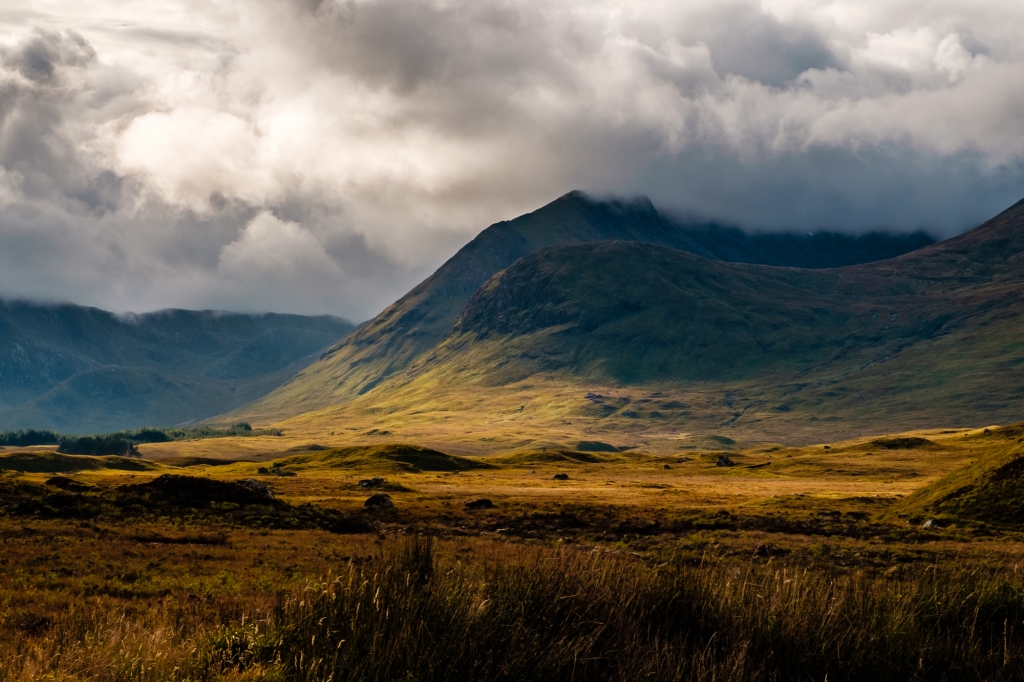 It is now the year 2015 and I am still shooting with the X100s and the X-E2, while my bag of Fuji lenses has grown to 5 items. While I considered upgrading to the X-T1 because of its superior viewfinder, I decided to skip that model for now and hope that Fuji releases an X-T2 soon, but there is really almost nothing that my cameras aren’t capable of doing, so upgrading is not a priority at the moment. Maybe next year.

While I am not that eager to upgrade, I am a geek deep inside and always attracted to new technology. If I wanted to switch systems once again, that would probably be for something truly innovative. In this respect, I am intrigued by the light camera. I would love to try it out.

Looking back at these last eight years, I realize that it’s true: gear doesn’t matter that much. Even in 2008, I was able to get great images out of a camera that I would never consider picking up again. For sure, the image quality, the sharpness, the low-light performance and a number of other characteristics of my equipment nowadays are tenfold better than back then, but in the end, what matters is the ability of a photographer to capture a scene and infuse it with their personality and emotions. All the rest is secondary.

I also realize I have made much progress in my own ability to express my vision of the world through photography. While eight years ago I could get a few good images now and then, I think I can nail the shot much more consistently now. Much of the guessing and of the spray-and-pray approach is gone.

What is the story of your photography? Share your insights in the comments here and feel free to link to a post that describes it, if you wish.