What apps do you use most when you are traveling and photographing? Here are my most frequently used ones, either during planning and preparation or during and after a shoot. 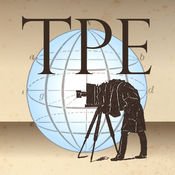 The dean of sunrise and sunset (plus moonrise and moonset) planning apps, The Photographer’s Ephemeris (TPE in short, iTunes, Google Play) lets you quickly determine the azimuth (horizontal angle measured from the direction of the true north) and elevation over the horizon of the sun and the moon at any time and at any location on Earth, coupled with times of sunrise, sunset, moonrise, and moonset.

I used the app to determine where the sun would be rising behind the church of San Giorgio Maggiore on a morning in Venice. In that occasion, I found out that if I had wanted the sun right on top of the church, I would have had to move further to my right, but that would have meant taking a dip into the Canal Grande, so I had to make do with the sun a bit too much to the left.

TPE nowadays comes with the Skyfire plugin. Skyfire “is a professional forecasting service that helps predict where to find the most colorful sunrises and sunsets in the lower 48 US states, southern Canada, and Europe.”

Skyfire requires a subscription to activate and its current price is €29.99 a year for its basic level of service.

Another great thing about TPE is that it has a free web version at http://app.photoephemeris.com. This lets you plan your sunrise and sunset shoots from the comfort of your home, before leaving on a trip. 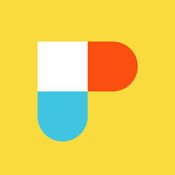 It might seem expensive at $9.99 (iTunes, beta on Android), but once you have this one, you won’t need many other apps, so it’s definitely recommended. 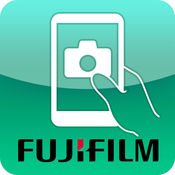 I can’t believe there are cameras on the market today that don’t offer built-in WiFi connectivity. My Fujifilm X-T2 does, allowing me to directly transfer photos from the camera to my phone, for instant sharing online, and to remotely control the camera itself, using the phone’s display instead of the LCD on its back.

This latter feature is great for shooting without even touching the camera, like when you don’t want to be seen taking photos in sensitive situations. In those cases, I will also activate the electronic shutter, instead of the mechanical one, which makes the camera completely silent.

Fujifilm has made available its Camera Remote (iTunes, Google Play) app for free, but other vendors have similar apps that work with their models. I think it would be nice if there was a standard protocol for connecting cameras over WiFi, so that third party software developers could create apps with more features that would work with cameras of different manufacturers. 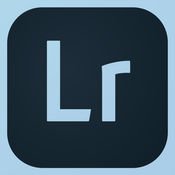 If you are a Lightroom user on the desktop, you will find yourself at home with its mobile version, which has most of the same adjustments that are available on its older and bigger sibling.

What’s most interesting is that it syncs automatically over Adobe Creative Cloud with the desktop (though only with one catalog at a time) so you can process your images on the go and have the edits reflected on your catalog in the office and vice-versa. It can also edit RAW files. 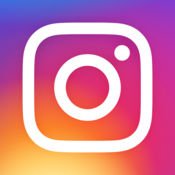 Instagram is quickly becoming my favorite place to share photos online. I get more views, comments, and likes than on Facebook or Google+. Join the millennials and get on with the flow. You can find me there at instagram.com/ugocei/. (iTunes, Google Play).

These are my favorite apps, though I have installed many more that I almost never use. Now, what are your favorites? Leave me a comment below to let me know.