The Aegean Sea contains hundreds of islands within its confines, many of them popular tourist destinations, like Mykonos, Santorini, Naxos, Kos, and Rhodes. Popularity has its benefits and those islands are certainly beautiful, but it also has its drawbacks, like huge crowds, commercialization and homogenization. Having recently seen a McDonald’s and an Irish pub in the streets of Kos made me crave for quieter, more traditional locations. Incidentally, who in their right mind would want to eat at a McDonald’s in Kos, when Greek cuisine is so tasty and cheap? Give me a moussaka over a cheeseburger any day!

Luckily, many of Greece’s minor islands have preserved an atmosphere that is largely untouched by crass commercialization and are not characterized by crowded beaches and scores of souvenir shops. One such place, that I recently discovered, is the island of Nisyros, in the Dodecanese. Maybe due to the lack of good beaches, the island is not very much touristically developed. However, being just a few miles south of Kos, during the summer it is visited by many people on day trips from it. Here’s the trick to avoid them. Those trips follow a predictable routine: in the late morning the boats will unload tourists at the port of Mandraki, where buses wait to carry them to the caldera of the volcano, the island’s main attraction. After that, they come back to Mandraki for lunch and shopping, finally leaving at around 5PM.

Knowing this, it’s easy to avoid the crowds if you are staying on the island for at least one night: visit the caldera before noon, when you will likely be completely alone. When the buses start to arrive, move to the villages on the rim of the volcano and don’t return to Mandraki until after 5PM. In the late afternoon and evening, the town gets very quiet again and you can enjoy a nice dinner in its main square, Platia Ilikiomèni, or along the shore.

Here are the main points of interest of Nisyros.

The main town and port. A lovely village where most of the island’s activities are concentrated. Of notable interest are the monastery of Panagia Spilianì (Our Lady of the Cave) and the Paliokastro (Acropolis, or ancient city) whose impressive stone walls are a 2,500 years old marvel of engineering. Best restaurant in town: Irini in Platia Ilikiomèni. 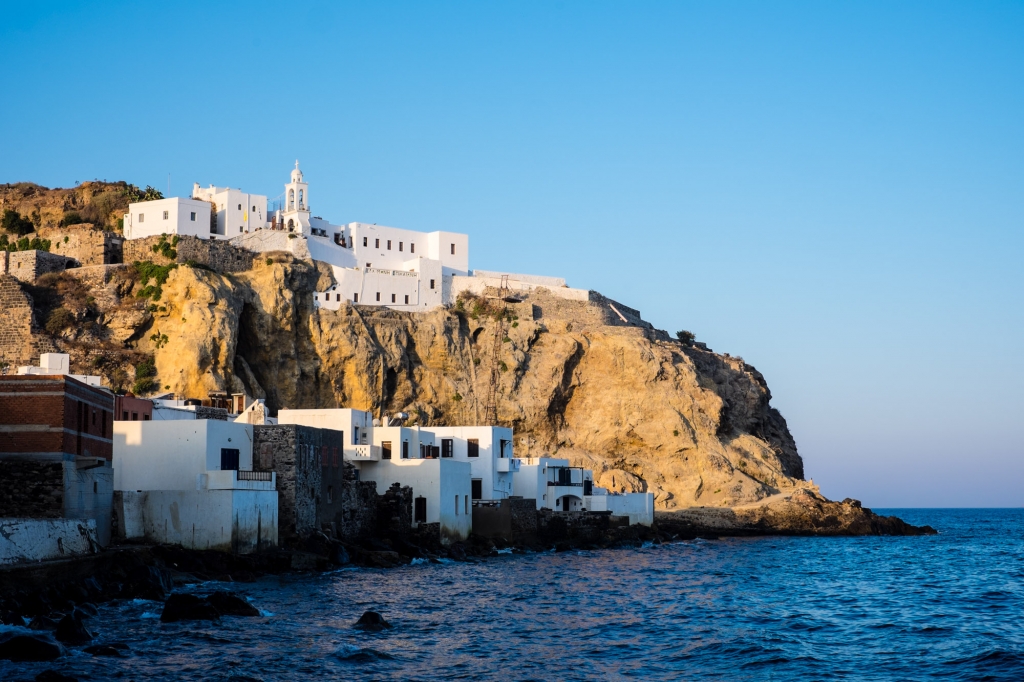 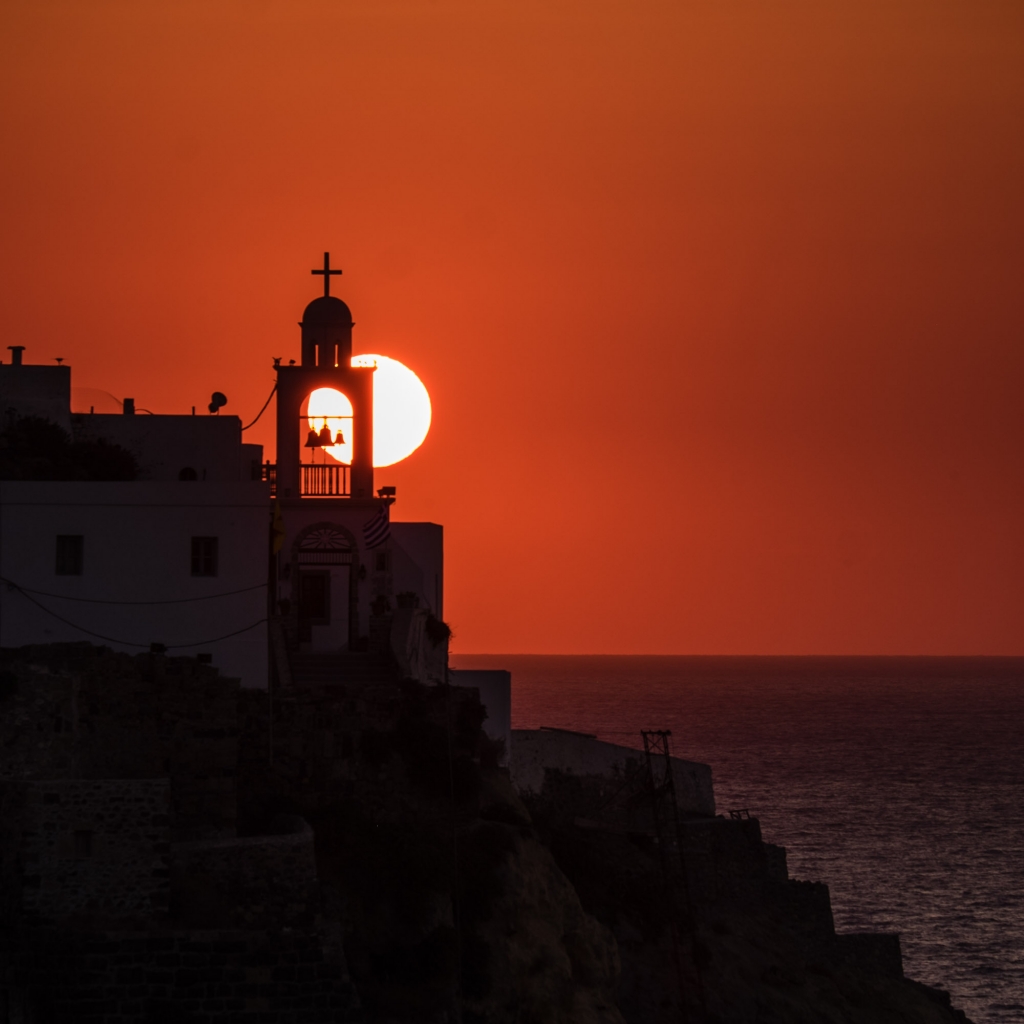 The whole island of Nisyros is a an active volcano whose latest big eruption left behind a 3km wide caldera that contains three minor craters. The largest crater, Stephanos, contains some fumaroles and its ground is so hot, in some spots, that rubber soles might melt. Go there in the early morning if you want to avoid the heat and the day-trippers. 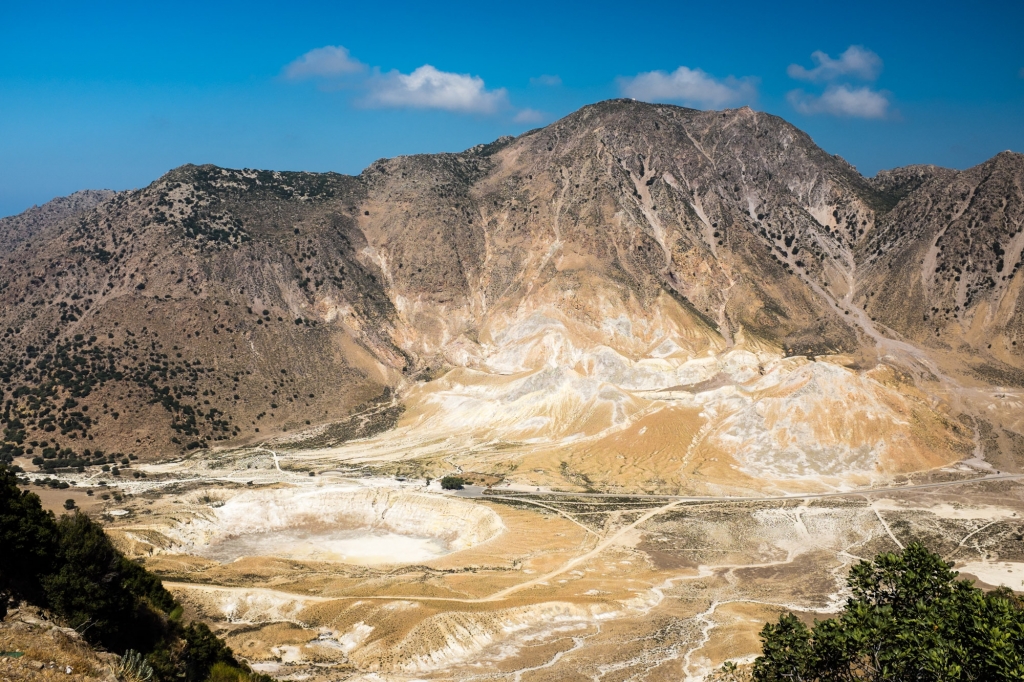 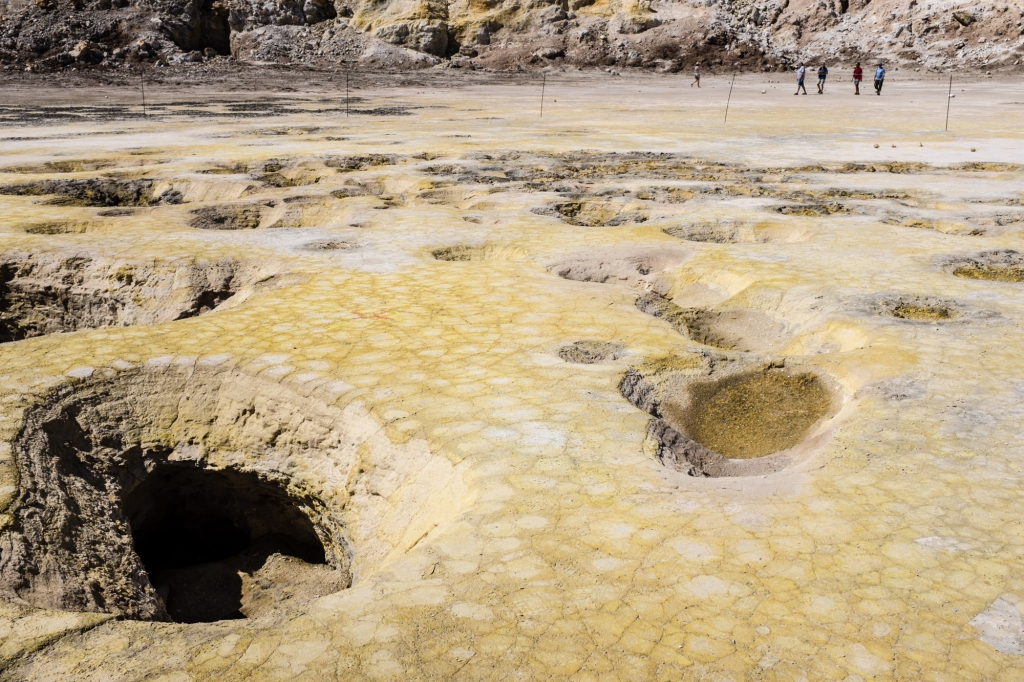 A nice little village perched on the rim of the caldera. It has one the prettiest little village squares in all of Greece and great vistas above the volcano and the sea. Don’t miss the view from the small church that can be reached by taking the road on the right, a few hundred meters before reaching the village. 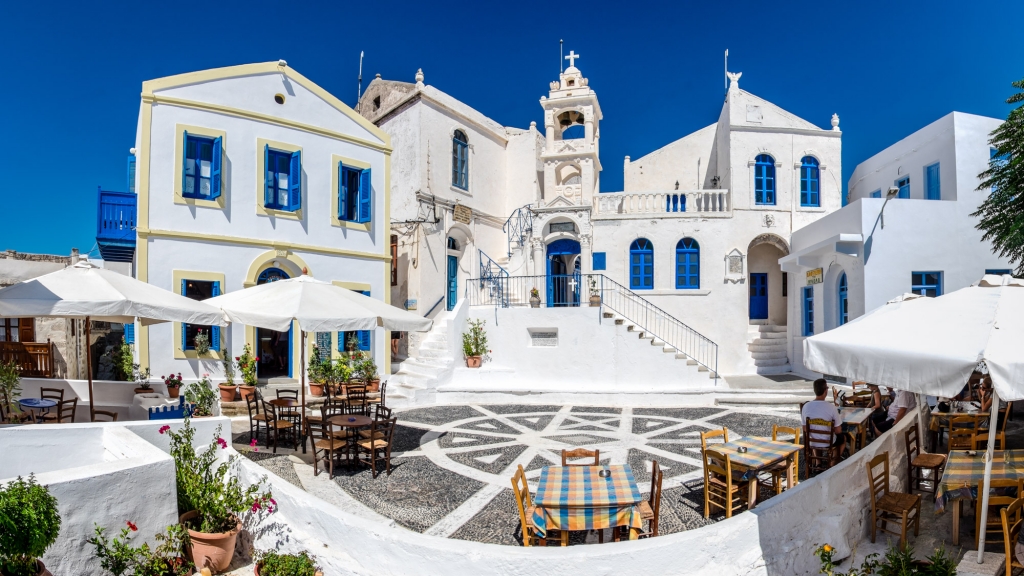 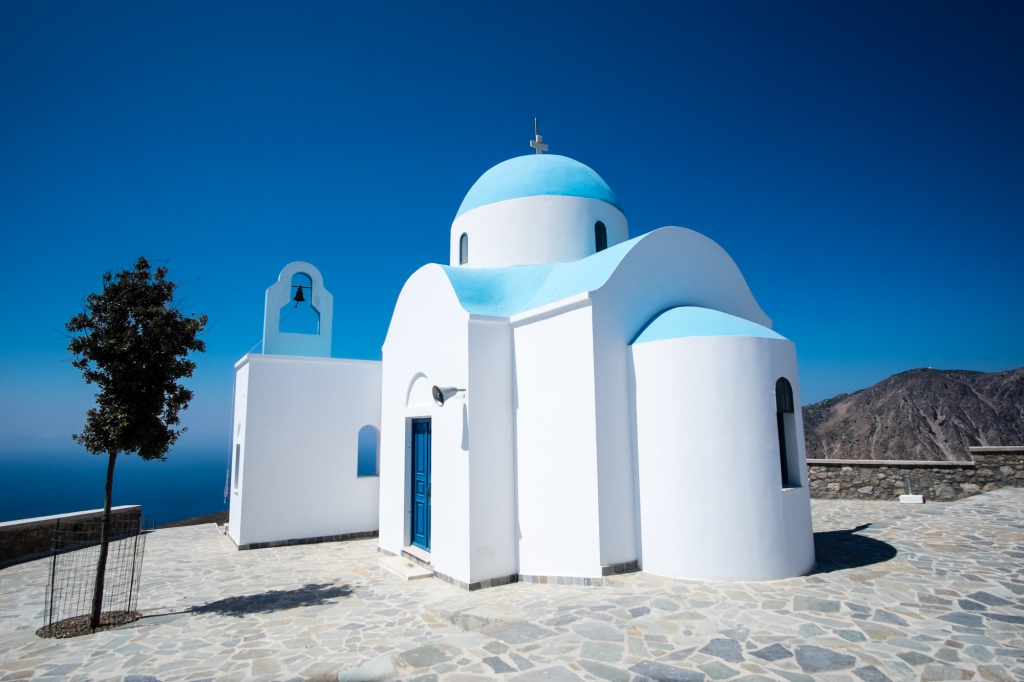 Another little village on the rim of the caldera. This one was mostly abandoned and many houses are in ruins, but apparently people have started returning here and renovating houses. Don’t miss the restaurant To Balkoni Tou Emborioù: great food served in a balcony with a great view. 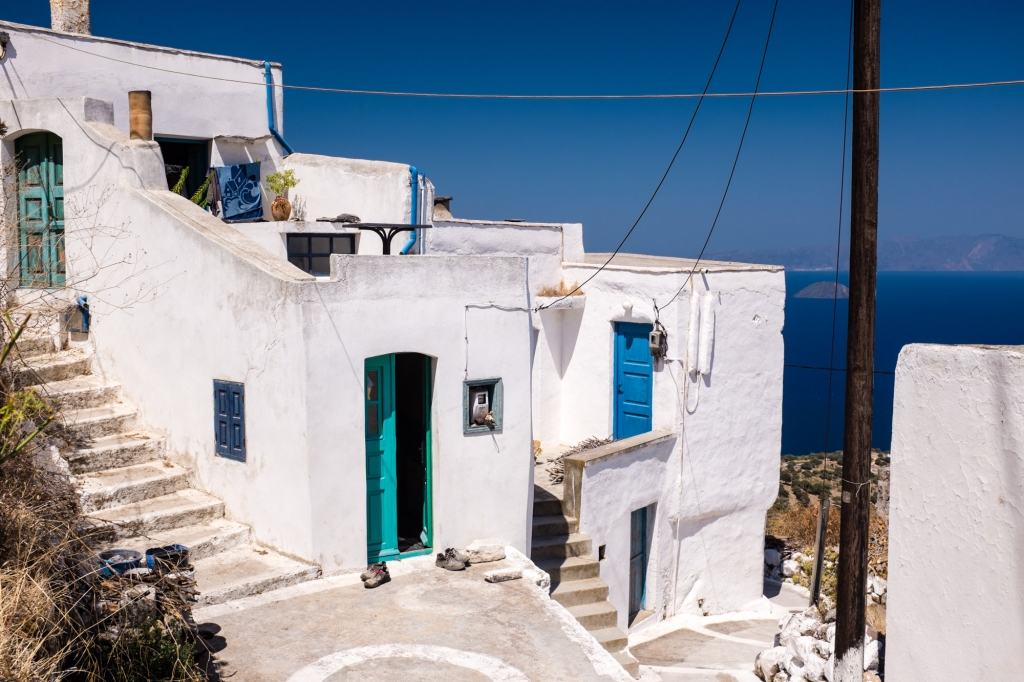 If you fancy hiking, there are many paths that criss-cross the island, but the best is the one that leads to the highest point of Nisyros, Mount Diavatis and the little church of Prophiti Ilìas. Count at least two hours to climb the 680m high peak.

In all, I spent five days in Nisyros and I would recommend anyone to stay there at least three or four days to savor the unique atmosphere of the island.