Excuse the pun, possibly understandable only to Italians. The Carabinieri are one of Italy’s police forces and Reparto Mobile refers to a mobile, that is motorized, unit. Here, however, mobile… well, you know what I mean. 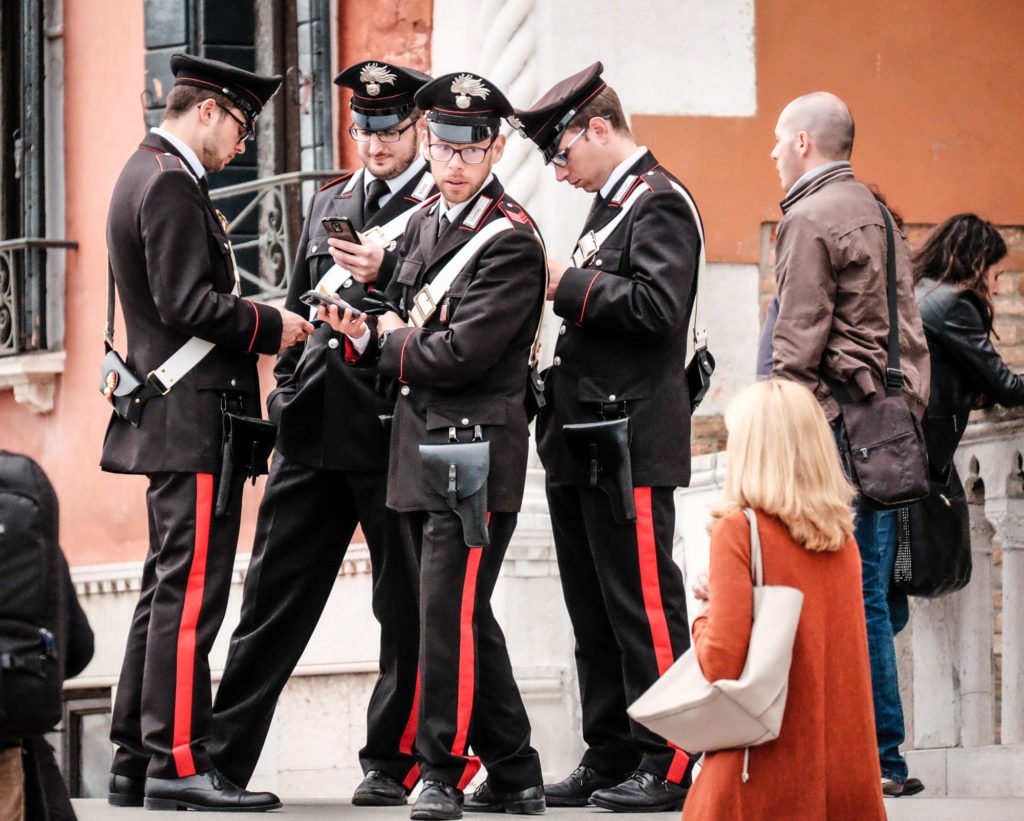 I shot this in Venice, during Trey Ratcliff’s recent photowalk there. My attention was attracted by the four Carabinieri, who were intent on checking their smartphones, until one of them was distracted by something, maybe the woman in red.

This photo is the last one of a sequence of three. I took two shots before this one, but I was really waiting for something to happen and I wasn’t disappointed. Sometimes, the decisive moment doesn’t happen, if you don’t expect it.