We don’t have Thanksgiving in Europe, but December 8th is a holiday in many countries, Italy included, and this year it happened to fall on a Thursday, so it posed a perfect opportunity to take the Friday off and do a four-day long weekend on the road. At the insistence of some friends, we decided to drive all the way down to Salerno (in the Campania region, a bit shy of 800km away). We drafted a tour program that included driving down the Amalfi Coastline (or Costiera Amalfitana) up to Positano, then do a stopover in Sorrento, take a boat to Capri and finally visit the majestic Royal Palace at Caserta on the way home.

This trip was also the perfect excuse for me to pull the trigger and finally order the Fujifilm X-T2 I had originally planned to give myself as a well-deserved Christmas present. I placed my order and had it delivered on the day before our departure. I was originally going to get it shortly before my January trip to Oman, but I reasoned it might have been a good idea to familiarize myself with it on an occasion with less pressure to bring home great photos.

We decided to include Salerno in our itinerary mostly because every year in December the city hosts the Luci D’Artista festival, which is a city-wide display of artistic Christmas light displays. That was a perfect opportunity to test how the X-T2 fared when confronted with low light and high contrasts. I elected to use my Fujinon 16-55mm F2.8 lens to shoot the lights and the street scenes, figuring I would need the zoom’s flexibility more than the larger maximum aperture of a prime like my 35mm F1.4. Zooming with your feet in a crowded alley is not always an option.

In the end, I used the 16-55mm exclusively during the whole trip. I have had it for over a year and I have always been amazed at its sharpness and image quality, even on the X-E2. Now, in front of the 24MP sensor of the X-T2, it becomes capable of bringing out even more detail from a scene. Its only drawback, in a situation like this, is the lack of image stabilization, which I had to compensate for with lots of care during shooting (sometimes by leaning myself or the camera against some wall or pillar for support) and by bumping up the ISO. Using a tripod wouldn’t have been practical either. 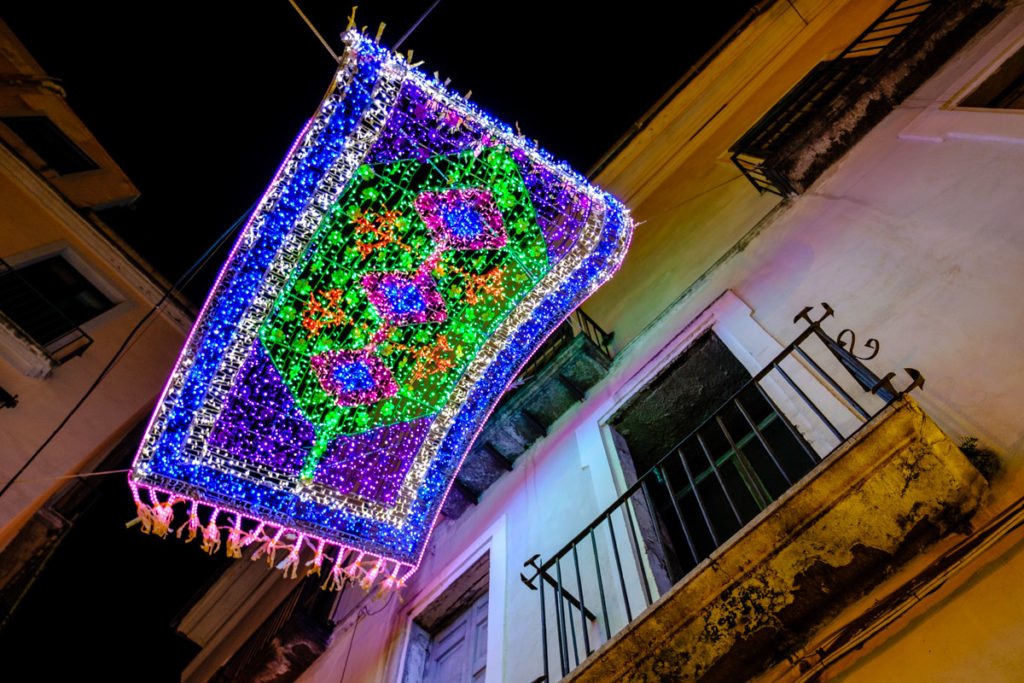 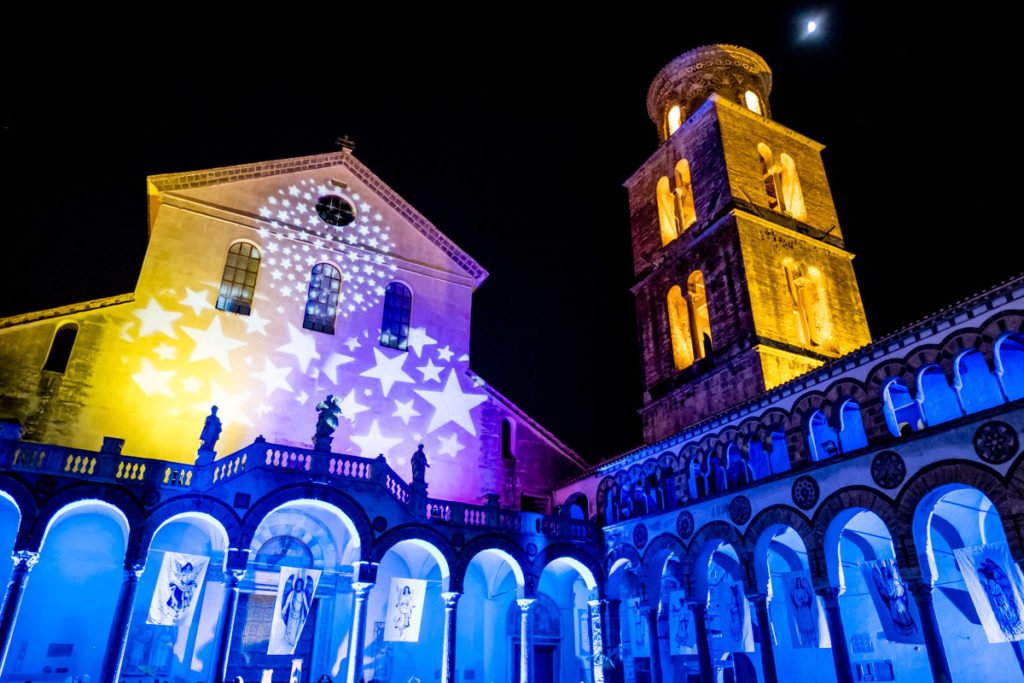 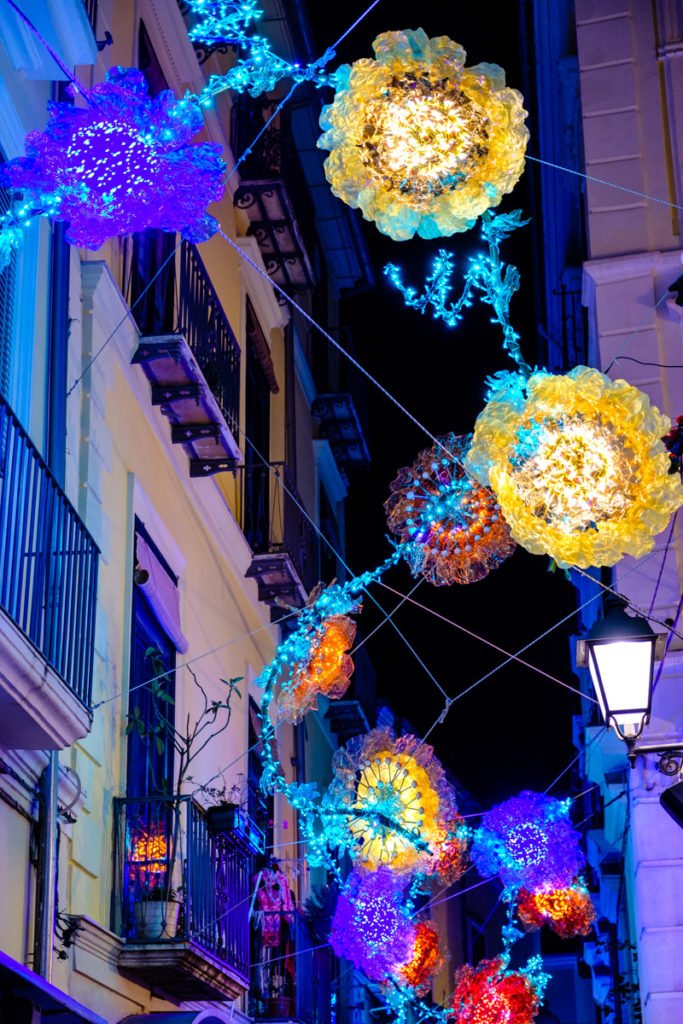 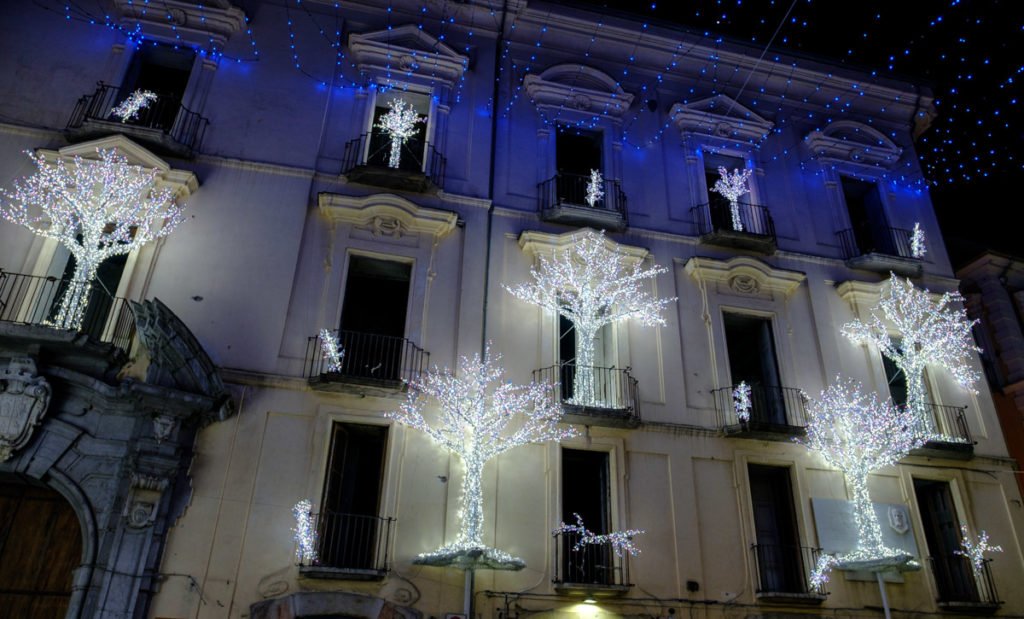 Despite some blurry shots due to camera shake, which was to be expected, I was quite happy with the results. Besides shooting the light displays, I engaged in some traditional street photography, hunting for interesting subjects. The street food scene during events like this is always remarkable. Here the availability of the tilt-screen on the X-T2 was a big bonus. 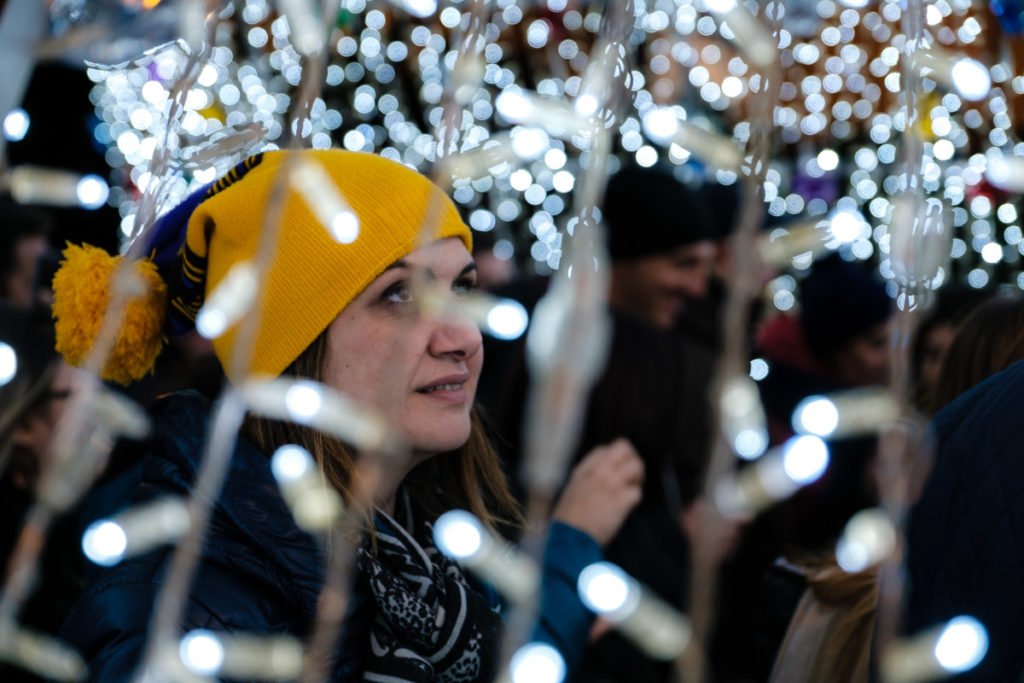 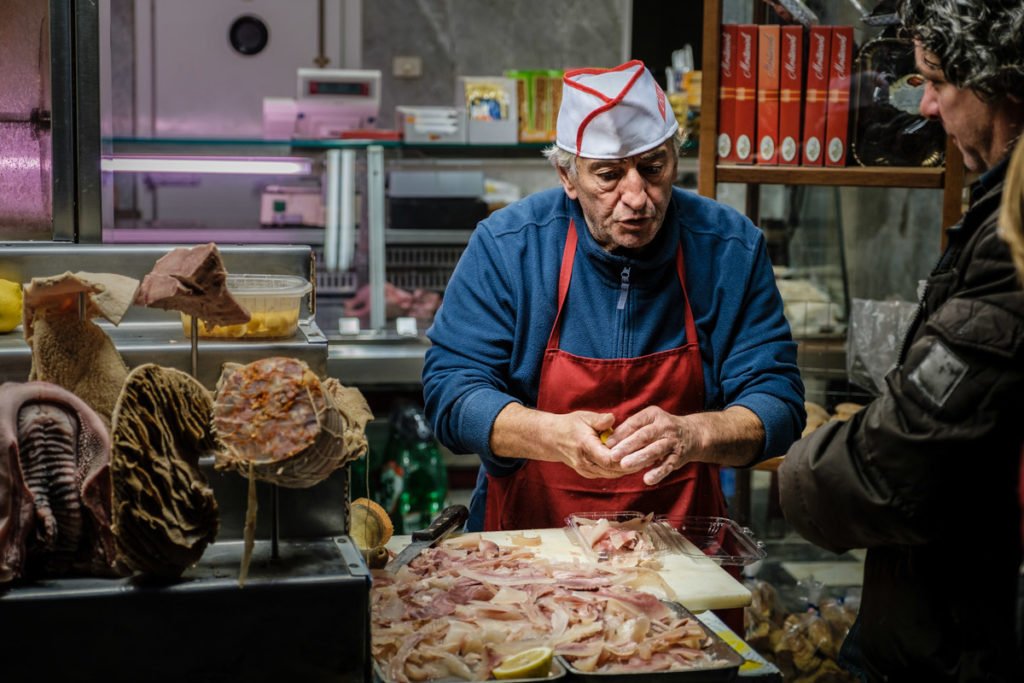 Of course, I didn’t limit myself to night shooting, but I also spent some time photographing Salerno’s beautiful cathedral, both inside and outside. I wish I could have spent more time there, since it’s a beautiful and interesting city, but we had to leave early the morning after, if we wanted to do the road of the Costiera with some stops along the way.

I talk about that in the next post in this series, that you can read by clicking here. 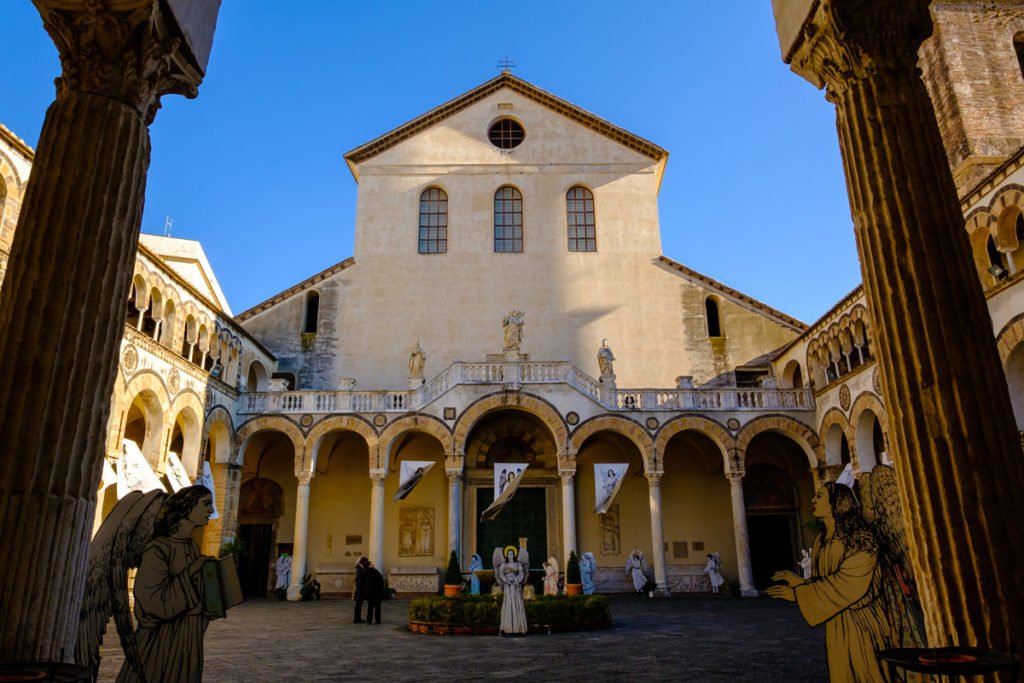 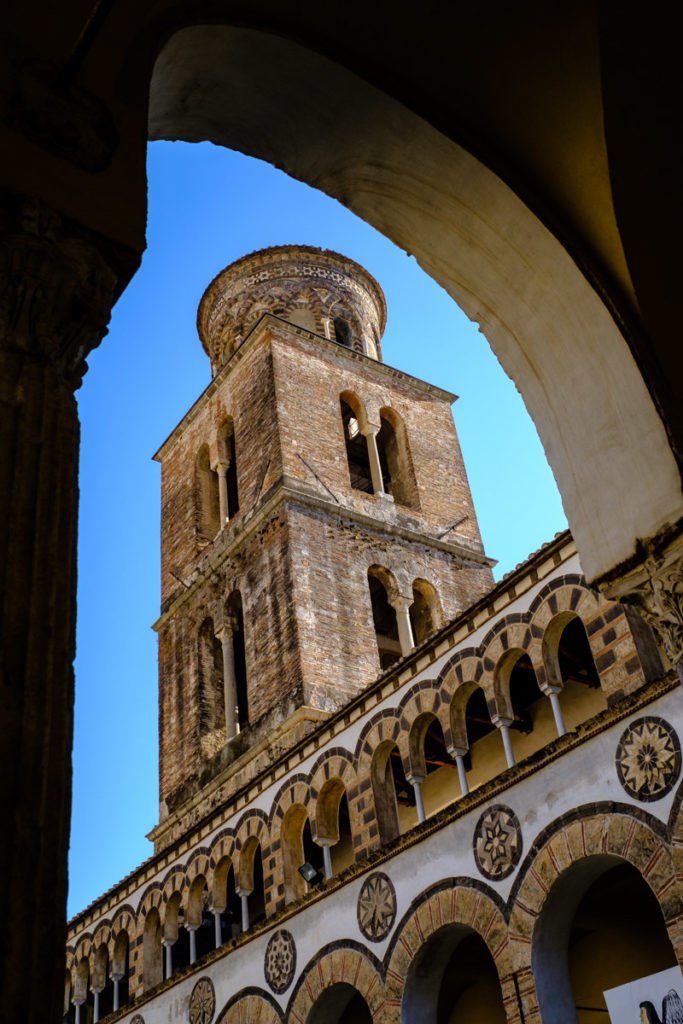 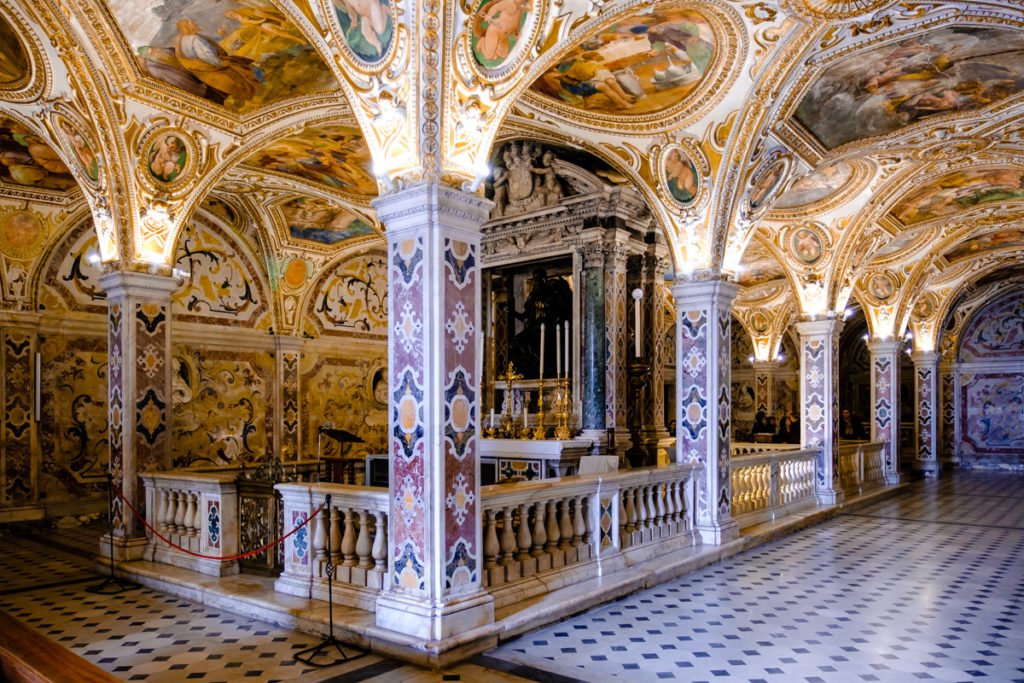