This is the second part of my report/review on using the Fujifilm X-T2 while touring the Campania region. Part 1 was published here.

After leaving Salerno on Friday morning, we started driving down the Amalfi Coast Road towards Ravello. This is a small town perched atop the cliffs, a short detour from the main road and it offers a fantastic view of the whole coastline. For a photographer, it would have been perfect for a sunset shoot, but we got there in the middle of a morning with clear skies and a lot of haze at sea level. Time to bring out the polarizing filter and get the best of a bad situation.

I definitely want to go back there with other photographers, one day, and work the light as much as possible. 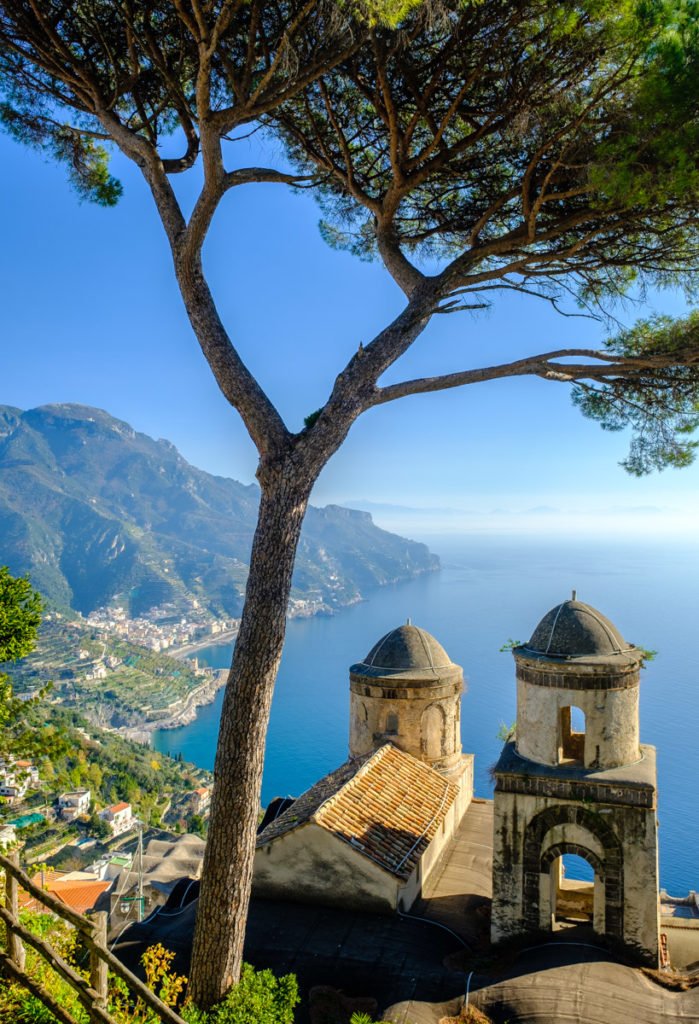 The next stop would have been Amalfi and its beautiful gothic cathedral. Unfortunately there was absolutely no place to park our car, so we had to keep driving. Another reason to return to the area soon.

We then stopped at Furore to admire its famous fjord (which is not actually a fjord, just a narrow gully cut through the steep coastline). From the inside of the fjord looking towards the sea you are facing south, which meant the low-lying winter sun was right in my face and the rocks and the bridge were heavily backlit, with too much contrast to handle in a single frame.

This is where I realized the range of the Auto Exposure Bracketing feature on the X-T2 was increased to +/- 2 stops, whereas it was limited to +/- 1 stop on my old X-E2. In a situation like this, a 4 stop range is a godsend, as the photo below, (which is an HDR obtained from 3 exposures at 0, -2EV, and +2EV) attests. For some unfathomable reason, Fujifilm still thinks 3 shots for bracketing are enough and doesn’t give you the option of doing 5 or 7 shots. Bah, humbug!

Update: The latest firmware for the X-T2 has extended the number of shots you can take in AEB mode to 9! Kudos, Fujifilm. 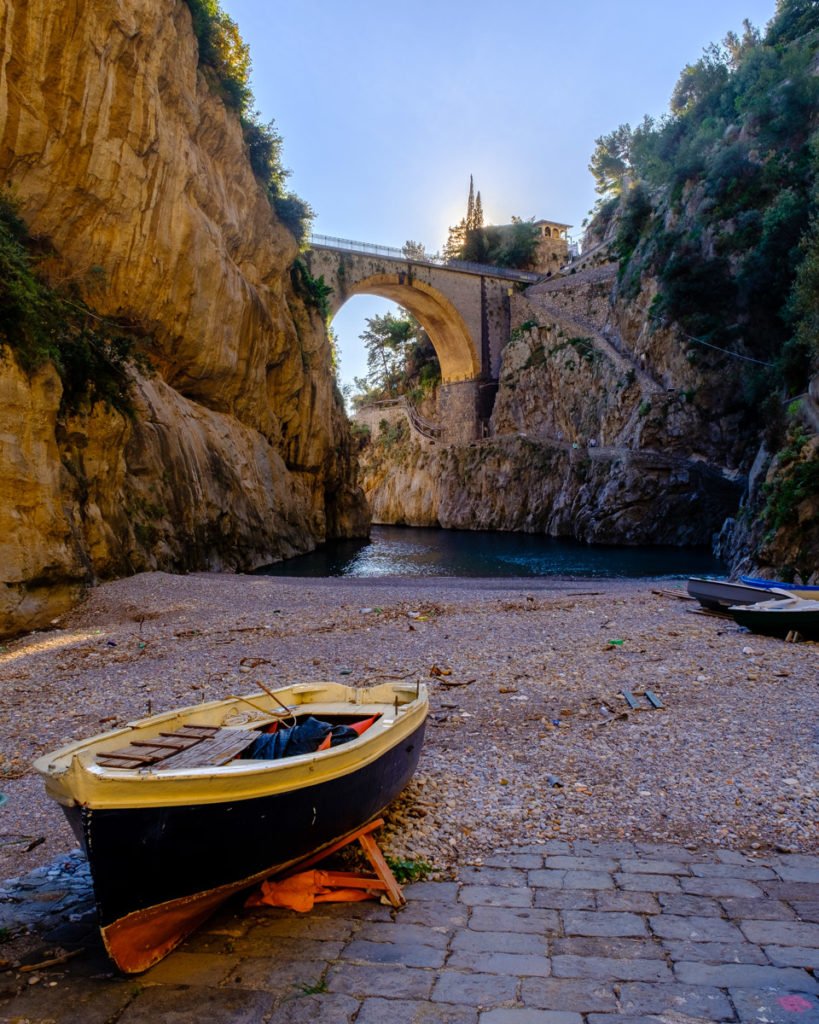 We got to Positano in the afternoon, in time for doing a stroll down to the beach and for finding a spot to shoot the sunset. Photographically speaking, Positano is not exactly unmissable. I would take Ravello instead every day of the year, but the light in this instance was definitely better. Again, I bracketed at 0, -2EV, and +2EV and then merged to HDR in Adobe Lightroom, as per my usual workflow. 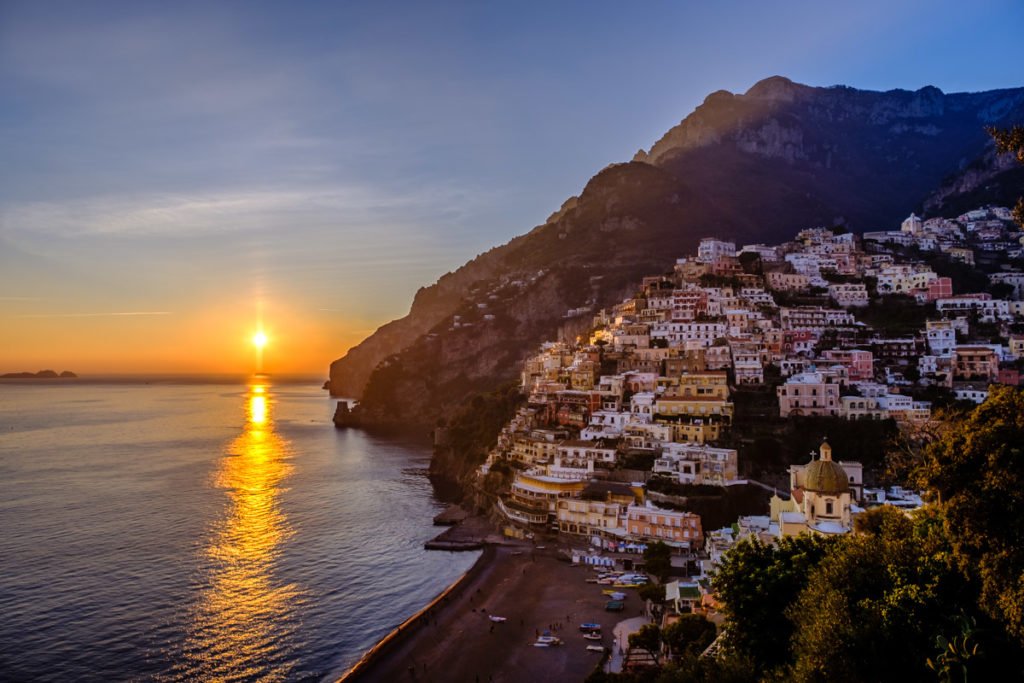 The image below, on the contrary, is not the result of bracketing. I purposefully underexposed it to get a silhouette effect. 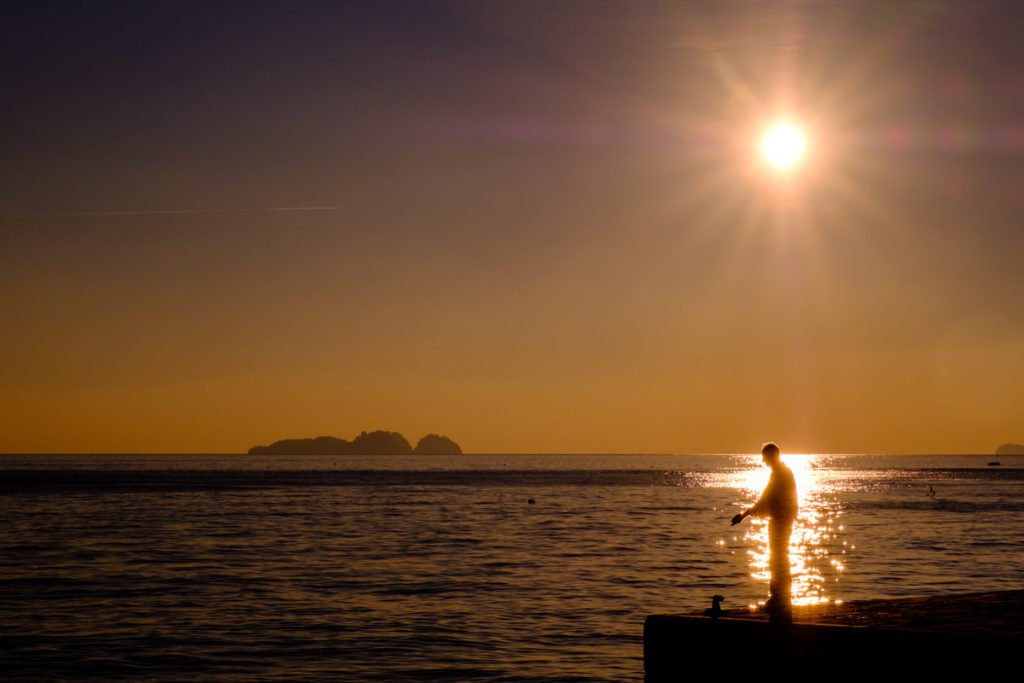 We finally arrived in Sorrento for the night, but it was too late for pictures already. In part 3 of this series, I will show you some photos from Capri and Caserta.